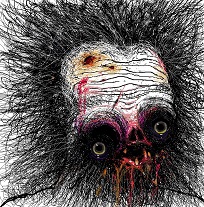 It was a bit lucky that I caught your gold medaled main stack. You were in water and it was relatively easy to predict where you are going to unload. So I was able to set a trap and attack you with 2 my stacks and 3 units bought from inn you just cleared.

Overall I think it was quite equal game and if you didnt't lose your hero early and main stack by uncaution, it might be completely different game. I didn't see final military score but I am pretty sure we had more or less equal army.
Anyway good game from your side too.

Surrendered at turn 27. I was under siege from all sides with no prospects of victory. The enemy was too numerous and mobile compared to me.

Made a big blunder at the start (pumped all my early exp to a theo hero only to lose it) and such mistakes are not allowed against players of my opponent's caliber. To be honest I don't think even having that hero (and the converts) would have made a big difference, though it would have made it possible to go on the offensive. I was in the dark almost all the time despite of pumping all casting points to drones, but they were simply killed off everywhere. Then I had my main stack (such as it was) jumped by three "secondary" stacks of units I had no idea where nearby, and it was pretty much gg. I was simply outplayed.

I don't know the reporting procedure so I'll let the winner report the game.


Any of the players in the team can host.
Tournament Game #7 Round 1 !

Hi! Settings look good and I have both players' class/race so you're good to start.
I expect keika to be unable to join due to the slot change though, so you may have to rehost and directly go to slot #2.

Changed myself to slot 2 and disabled the turn timer as instructed. 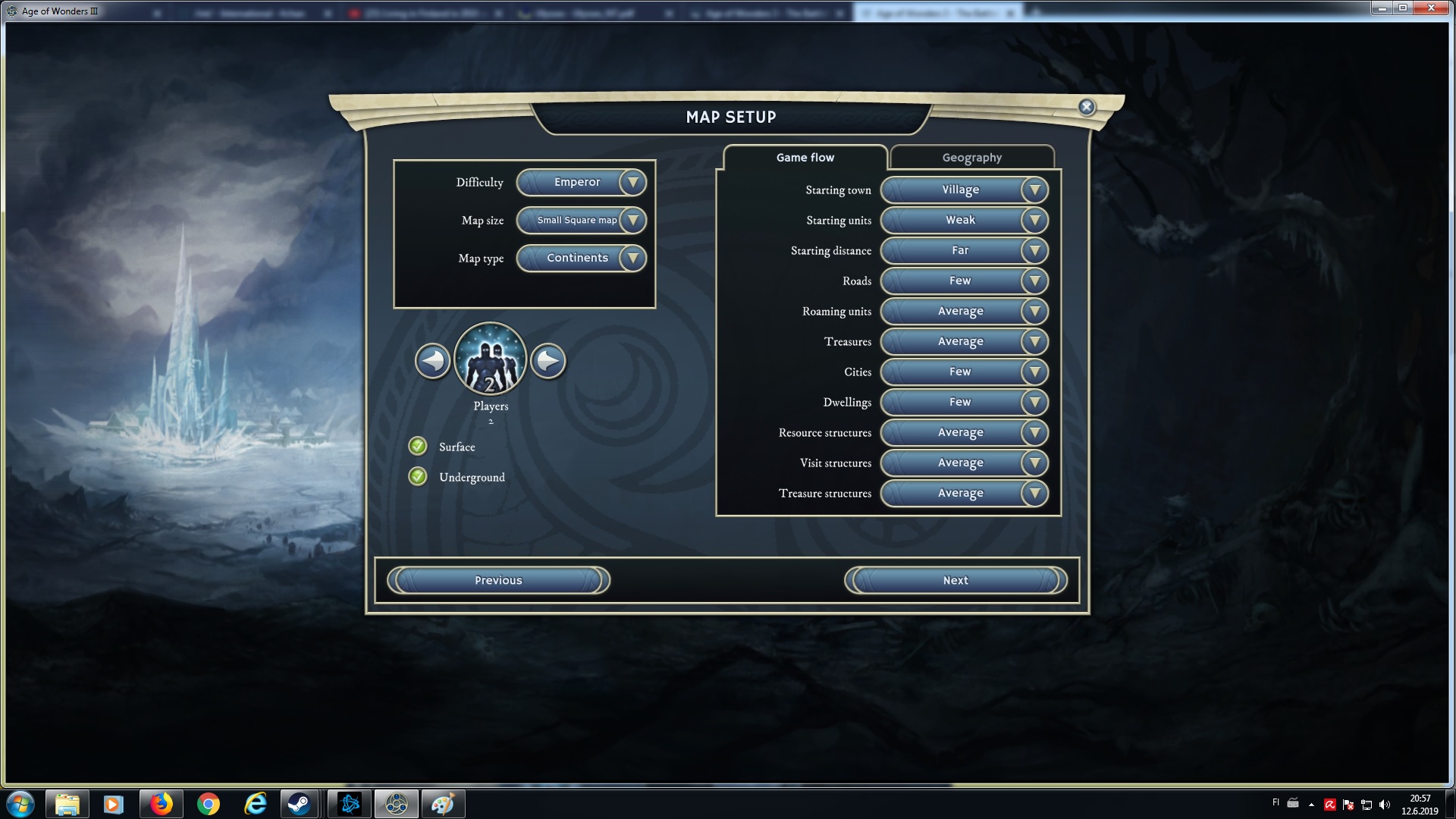 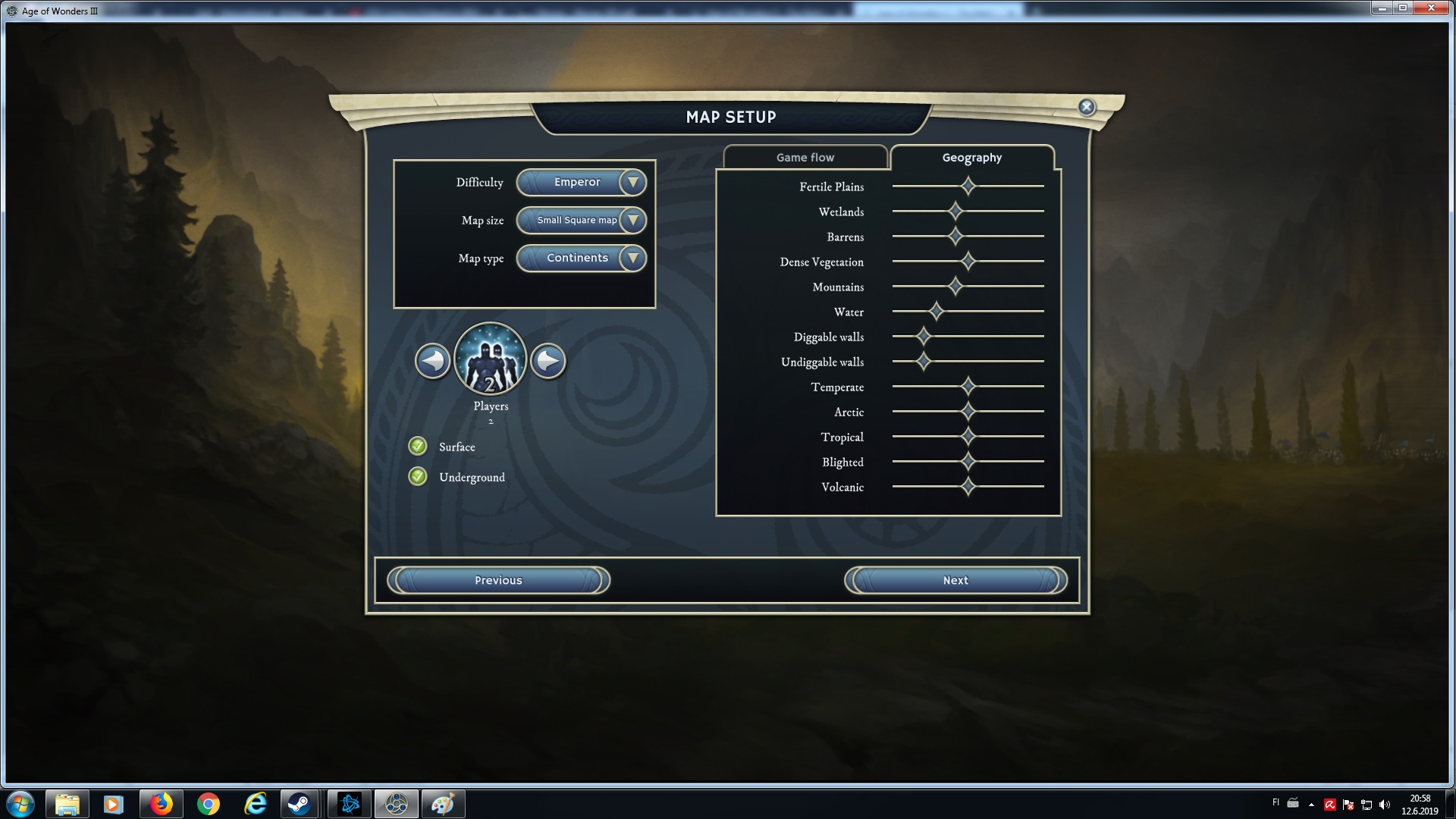 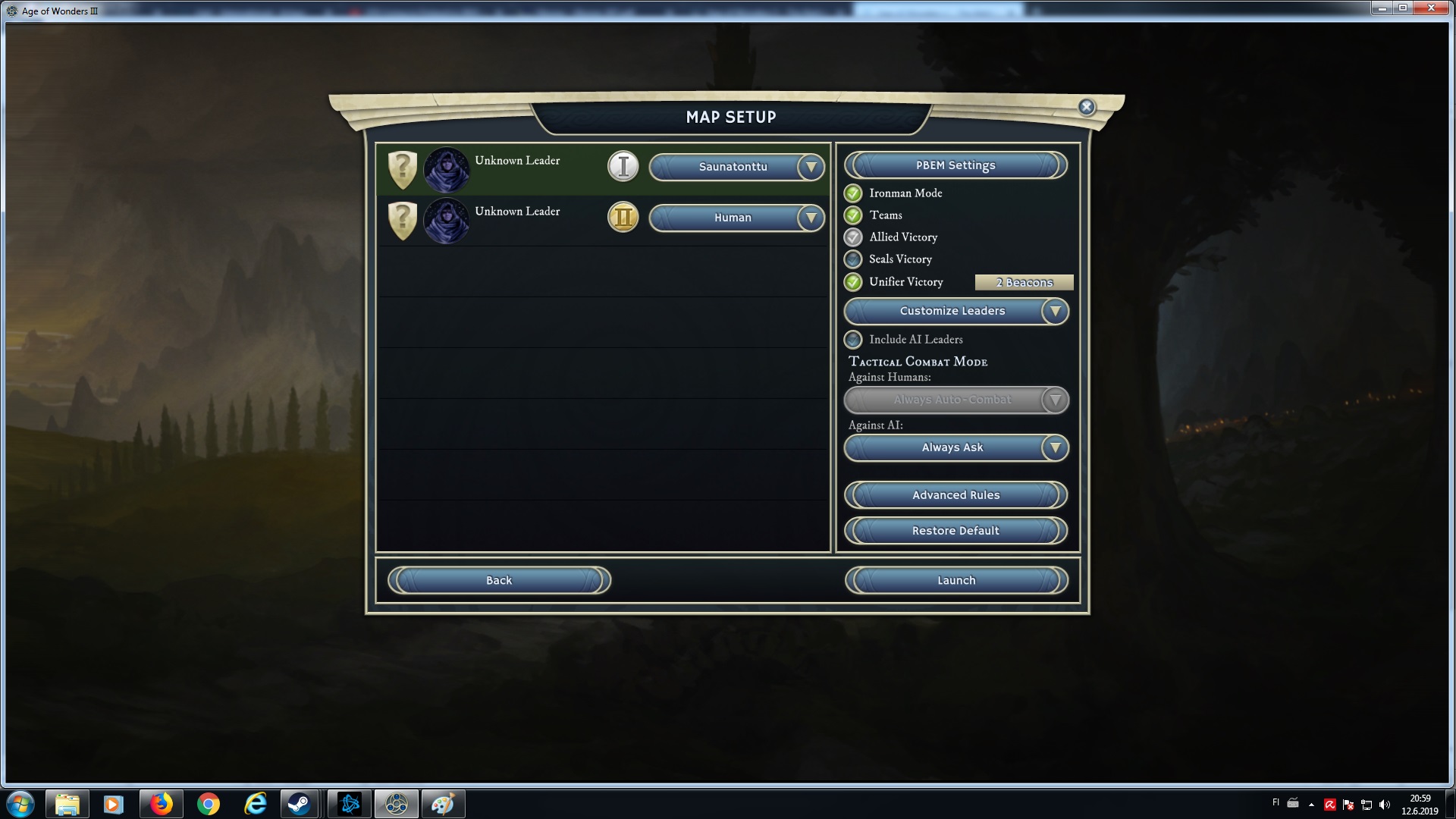 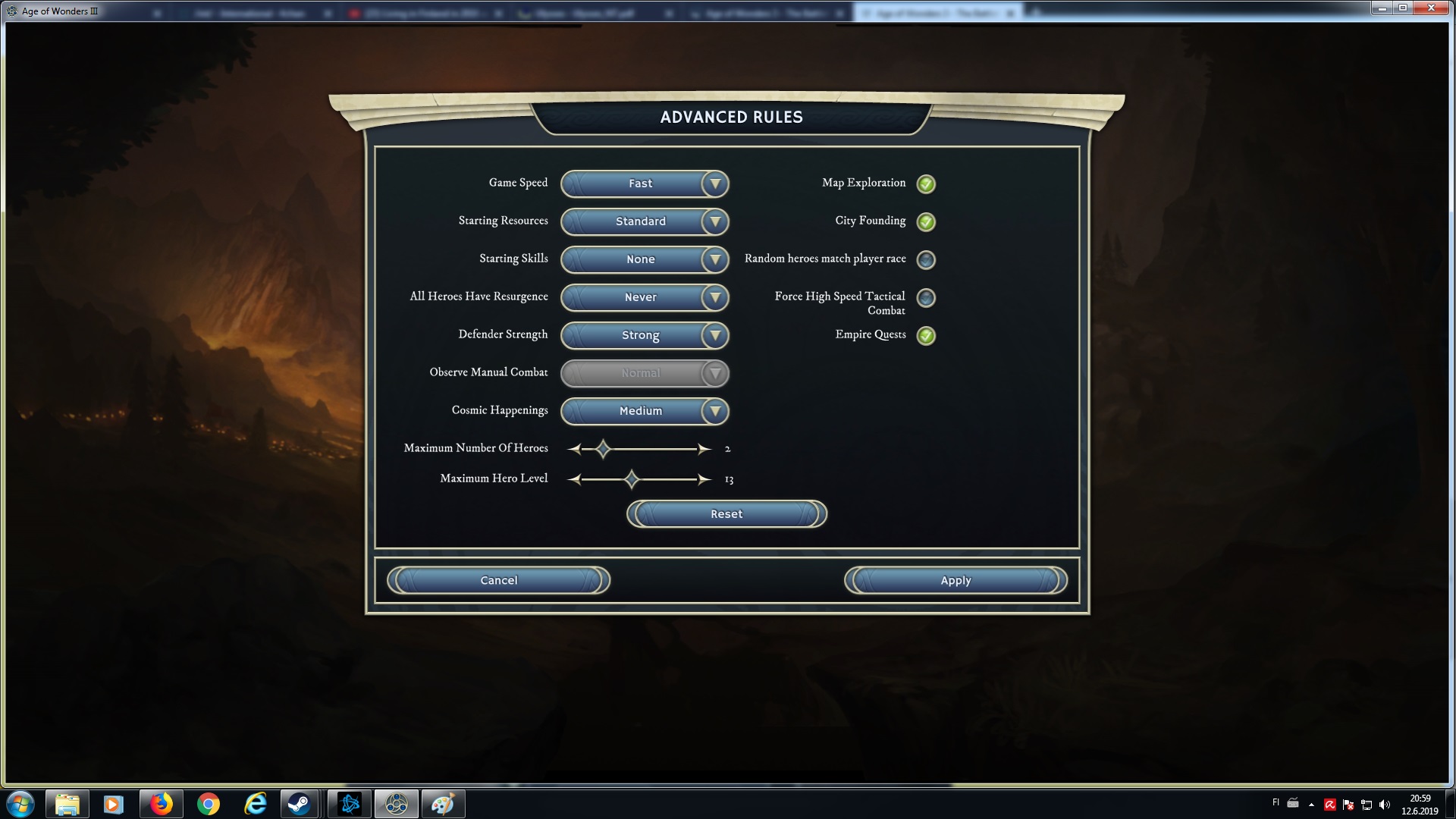 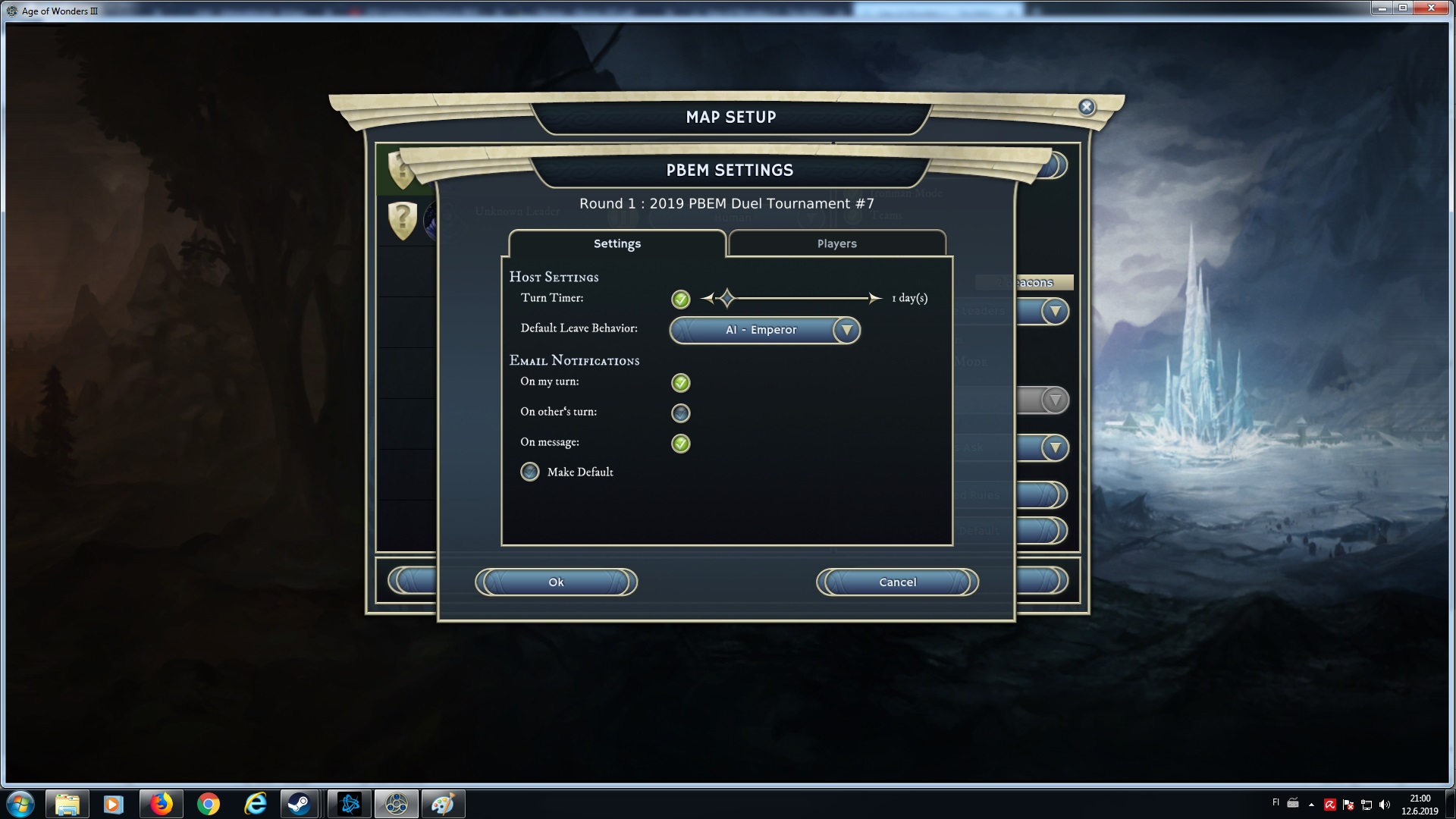 Hi! Sauna, I think you have the DLCs, so could you please rehost? That way, keika can pick his class/race again if needed and it's back to normal (keika had to host because the normal host, Helaio, had no DLC). 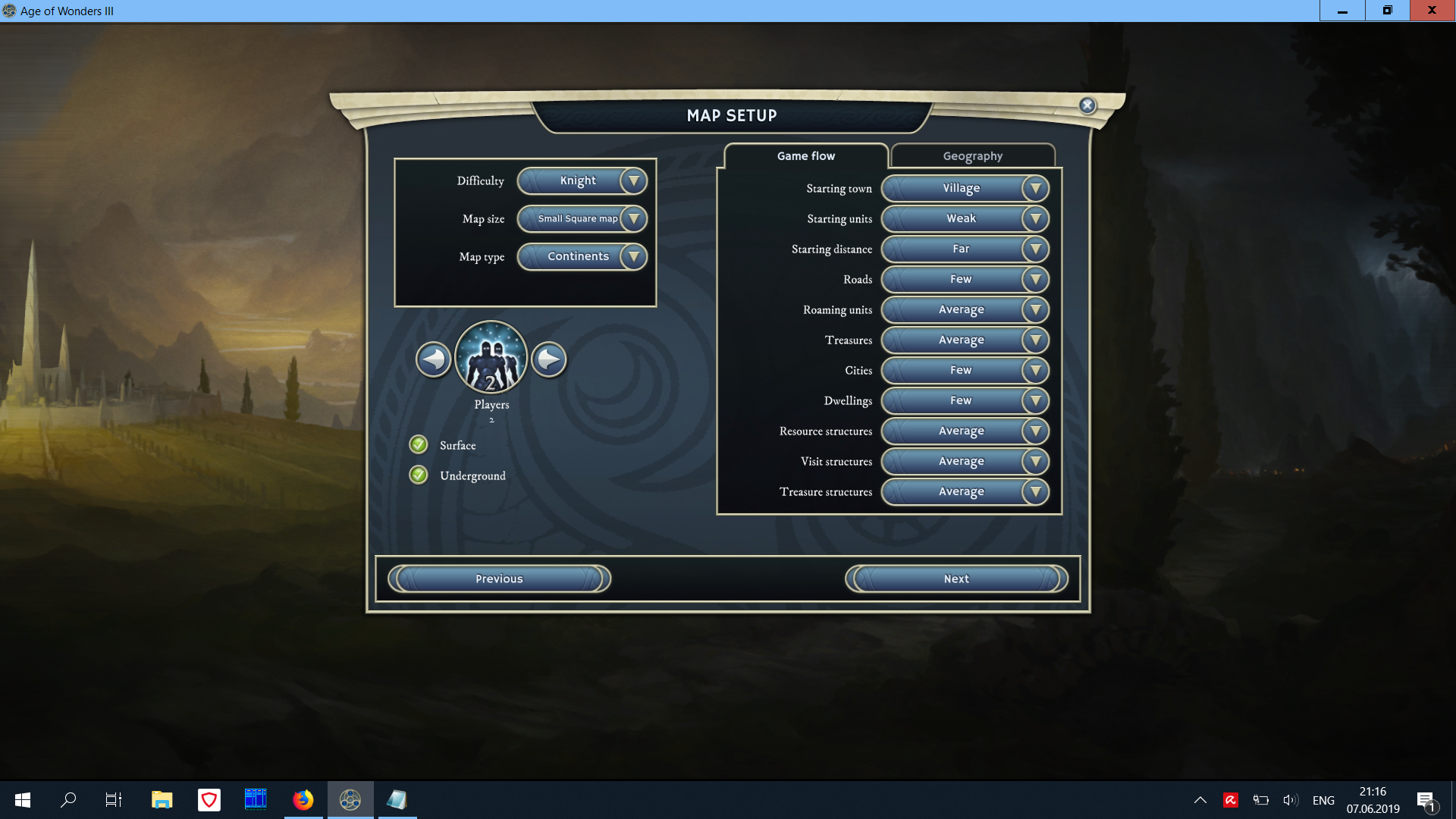 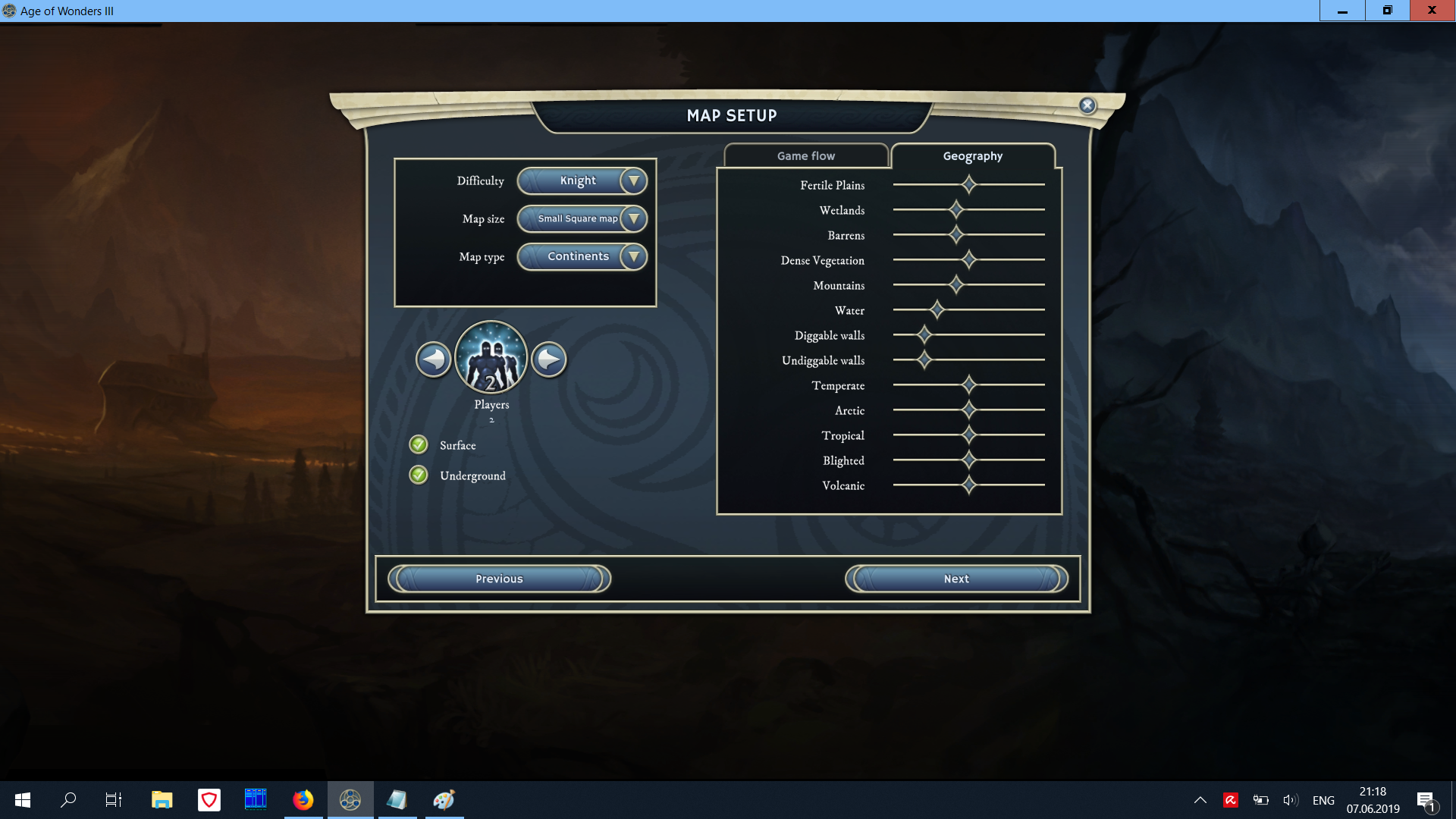 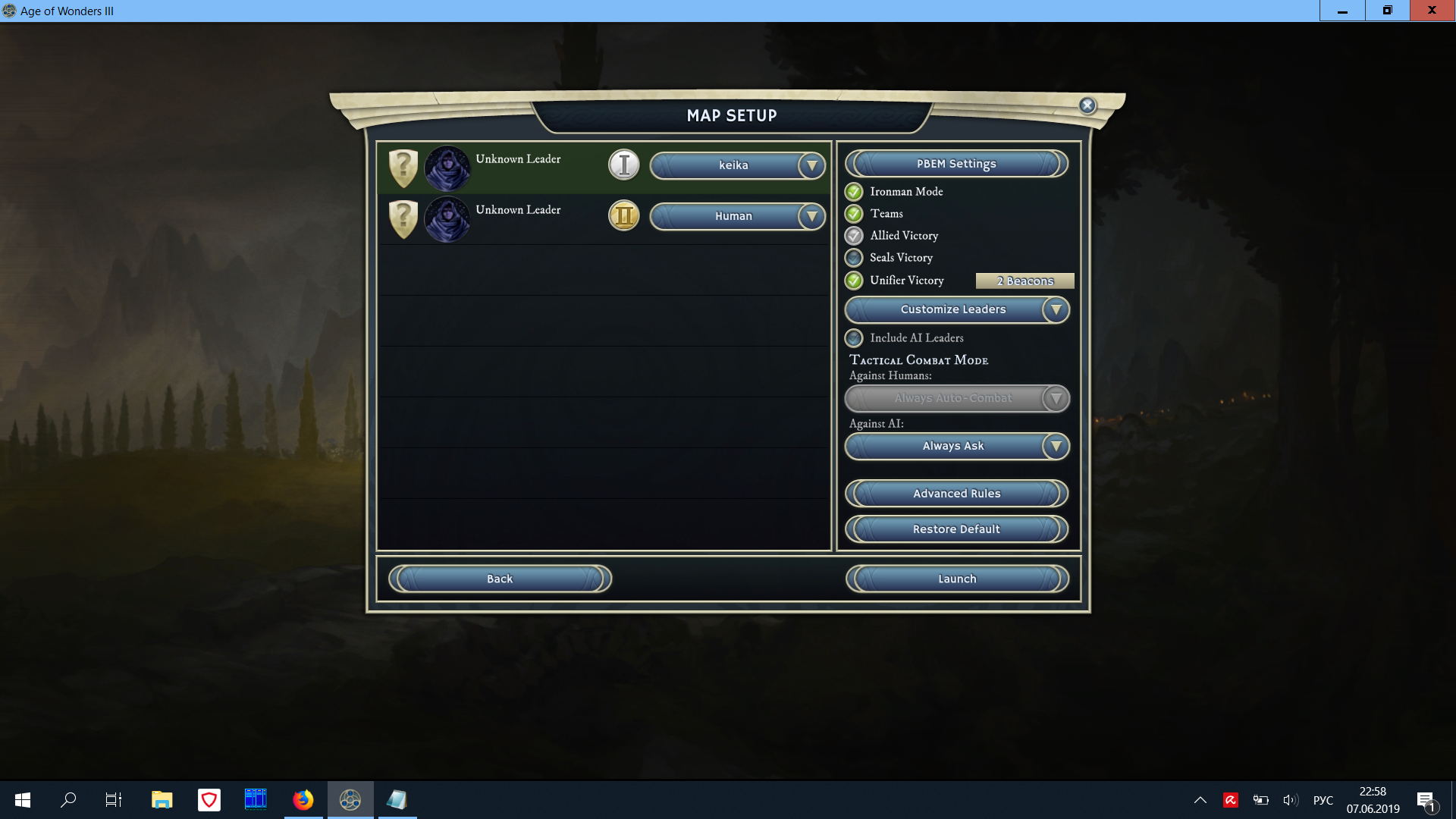 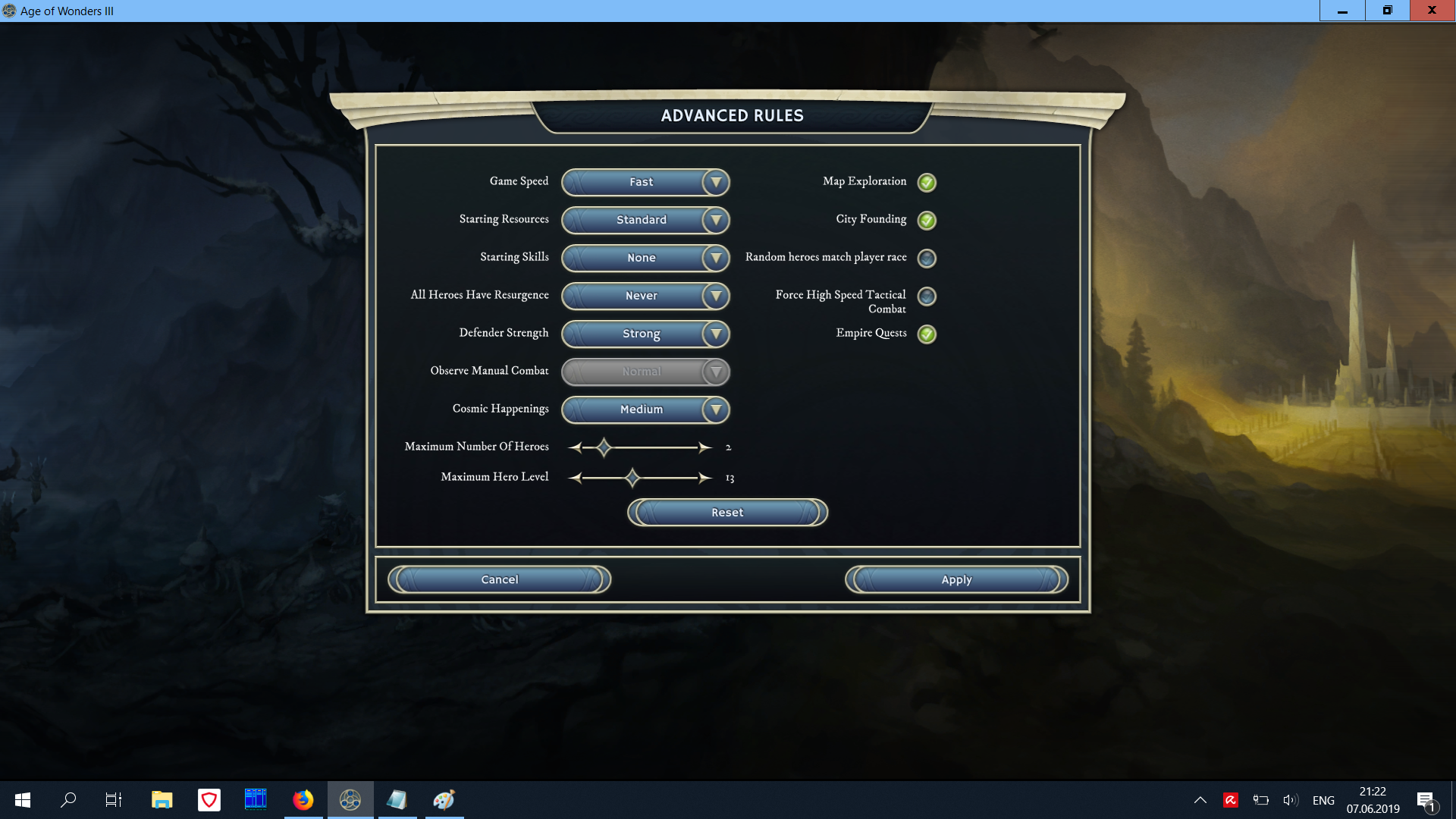 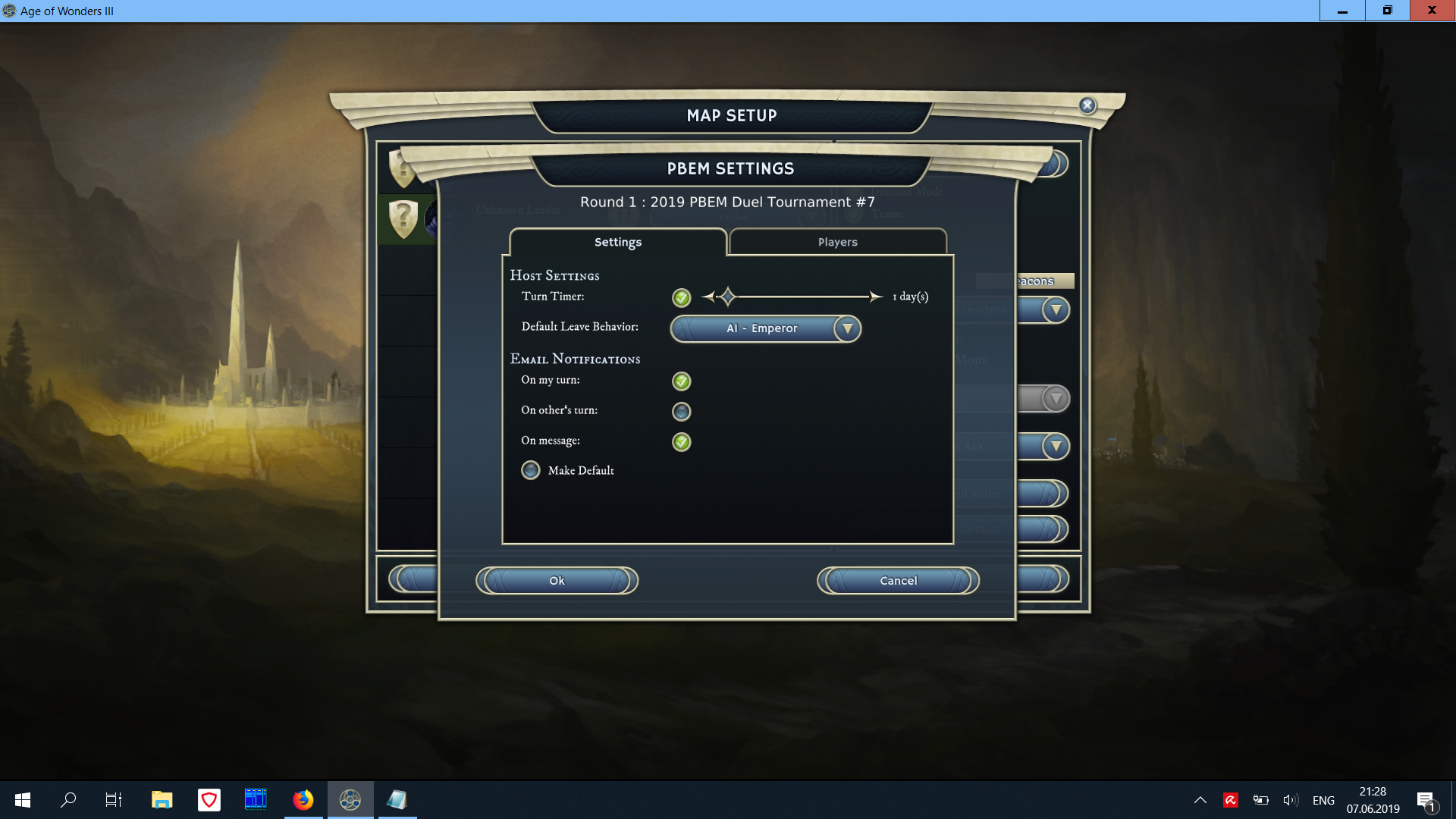 Hi all! Helaio is supposed to host but he doesn't have the DLC, so keika, please host and put your self in slot #1 (as if Helaio was hosting). For round 1, please use the Tournament Edition version of the balance mod instead of the main branch, as explained in the Player Pool: https://steamcommunity.com/sh... />Please post screenshots of the settings in windowed mode (as described in the rules). Pay attention it's Game speed: Fast.

Missing Helaio's class/race (please it to me by PM).