Keika played a strong game which is commenable, but I felt like my hands were pretty tied in this one.

@Hiliadan I can't report the game for some reason (one of the player is not found error). You are organisator of this game, so please report yourself

You haven't reported the match?

Was lucky to get AD first hero, scouted my neighbour and it was city size.
Signed peace with them and waited for the quest, but my army was too weak and so no quest

My neighbour's domain was very good with mana node and two crystal trees, also there were a few good mana and research sites nearby for forts, so I decided to vassalize and absorb him as soon as possible and boost research.

Built quite many forts for researching, lab/observatory with sorcerer bonus in two cities and produce knowledge a lot.
With additional knowledge from vaults, sphinx temples and sunken city I was able to research node serpent on turn 11, eldritch horror on turn 19 and summoned first one on turn 21 with two catalysts.

I didn’t build almost anything in my cities, but with units from dungeons, inns and some befriended/converted units I was able to explore in multiple directions and I think I cleared 50% of the surface and 40% of the underground.

I didn’t see the opponent's presence for very long and could not guess what his army was and where by cleared sites, but in the end I realized that he was stuck somewhere underground in his corner.

I had a quite powerful main stack and proceeded toward his cities, took dragon dwelling and rushed to his city using multiple haste berries and shrines.

Approaching his throne I captured the fort and found his secondary stack. His army was not looking strong, so I gave him an opportunity to attack me. 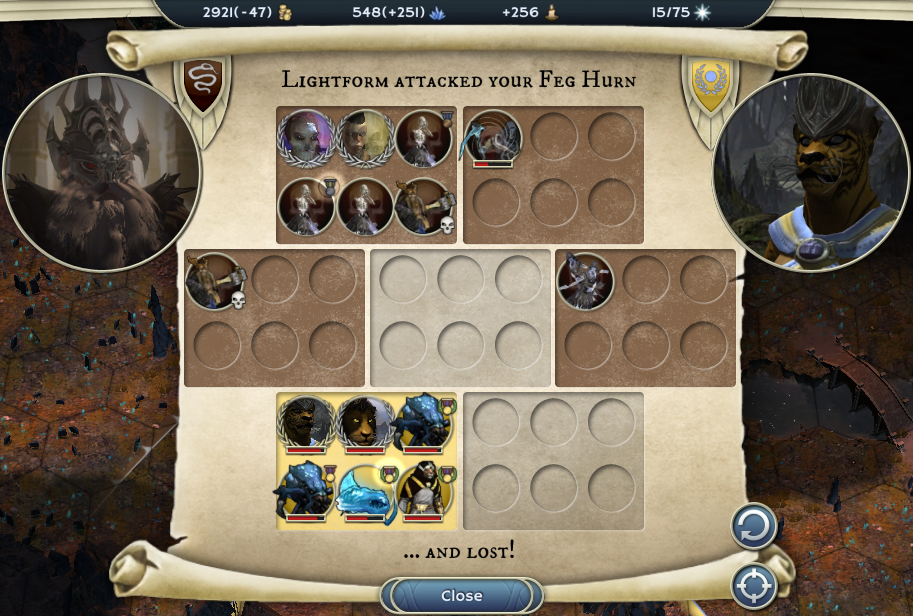 Outcome was predictable and the most injured unit node serpent was damaged by my own units because of arcane binding.
Lightform has surrendered next turn. GG. 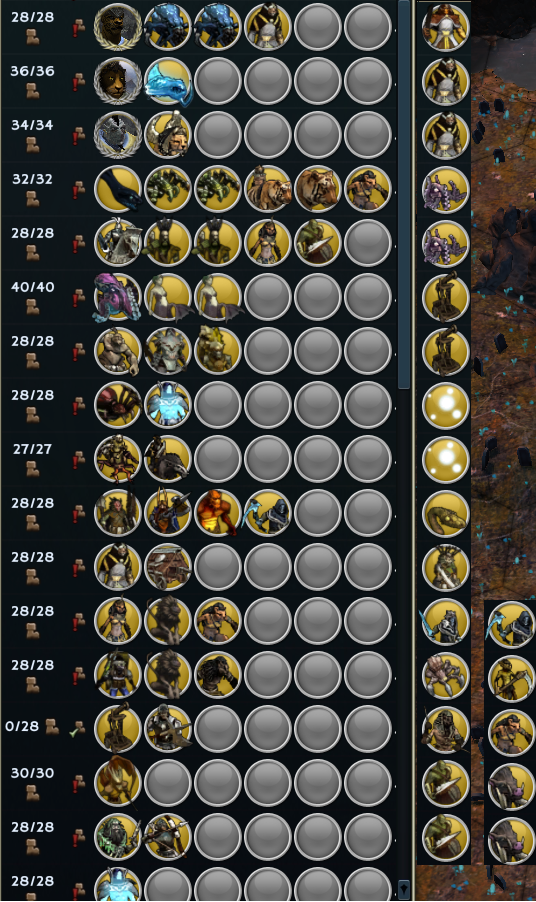