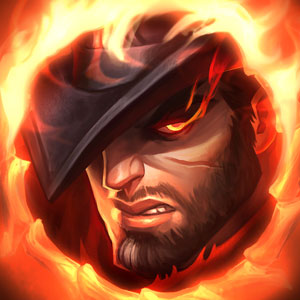 I learned a lot from this game, my first 1v1 duel completed. I also played as a keeper of the peace master and partisan, but I was relying on the dwarf/theocrat combo for unit endurance to win autocombat. The endurance in autocombat was successful, however I failed to find more than one vassal, and was unprepared for the partisan invisible crows destroying my resource-gathering fortresses and builders. Blad_ua was one step ahead of me most of the time. In one case I was 1 turn from gaining a dragon dwelling as a vassal, but he got the vassal just in time. I needed to send out more cherubs, far and wide, and more on the surface, to find vassals. I was not expecting them to be so sparse. Also, I was accustomed to the underground providing a better defensive position, but the map used allows for more alternate routes. I got lucky with my disjunctions of incite revolt spells, but unlucky with attempts to convert units, so my armies were thin.

I went all in toward vassal swarm, so rogue + keeper of the peace master. Orcs as race to mitigate lack of healing with victory rush. Crows was very successful for finding new vassals and to mess with Lord Darius economics and movement via constantly treating him. Crows with partisan are excellent to track all movement of opponent. There was close inn to his lands where I bought full army 2 times and tried to take regrowth shrine with it, both times he managed to kill it, but it kept his armies from taking exp and resources. I didn`t research racial units, since my armies was mind controlled units from my leader + units that I could by from inns thanks to partisan specialisation. It was very challenging to keep efficient army size and movements. I got lucky conversion of goblin butcher and eagle rider and it helped me to take high lvl structures for exp for my leader and heroes. First time in game I finished prime good empire quest and got 2 nymphs and 1 gryphon. I thinks nymphs are garbage units and should be part of reward for prime good quest. My economy was based on rogues spells, vassals and fortresses and it was great. When I felt strong enough I pushed forward and won, GG.
Published on Sat, 30 Jan 2021 17:11:40 +0100

Yep, I wonted to try vassalisation tactic a lot. I still don`t know enough how is deamnding some resources/army vs waiting for vassal to propose you resources is working.

Ha! We have the exact same specializations.