In general, it was a fun game. I heard a rumour that Necromancer was arriving in this game so I took High Elves and Creation master to sort of being the opposite.

Arch Druids are strong, but such mana suckers really.. I had such a terrible start location in the middle and south. And caves everywhere and nothing to the right of me. Then only 1 mana node in the vessel city.

I thought I could develop a Dragon Dwelling which was a huge mistake to try aim for Golden Dragons. I reached Golden Lair and then... It's not worth it at all, just keep them in a vessel really. 16 turn to even reach Dragons...

I died with a leader and heroes and lost some key units at start. So it was... already goodbye. I forgot to expand really this game. I tend this game too just focus on Shamans and Hunters as I could not afford animals at all really.

I lost my vassal city and then the first real battle came. Dr Light lost and so did I. 1 Heroic storm sister survived.

Then its start an event with Dire Penguins. Little crinch to be harassed. 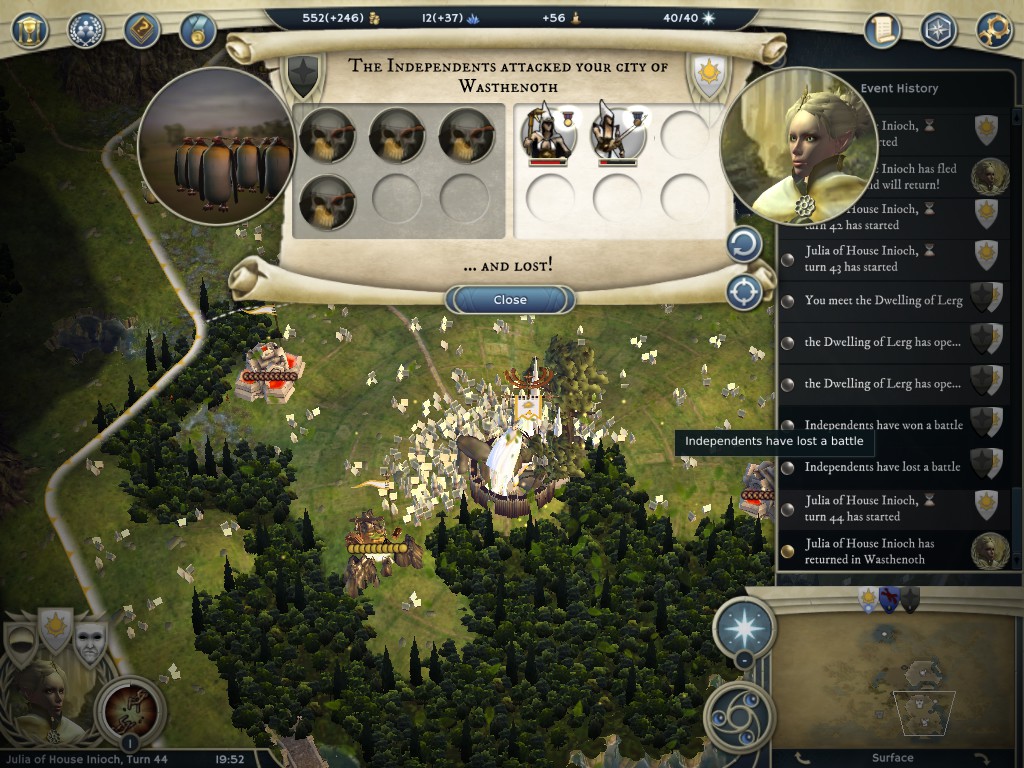 Then the mighty Arch Druid came and his associates. 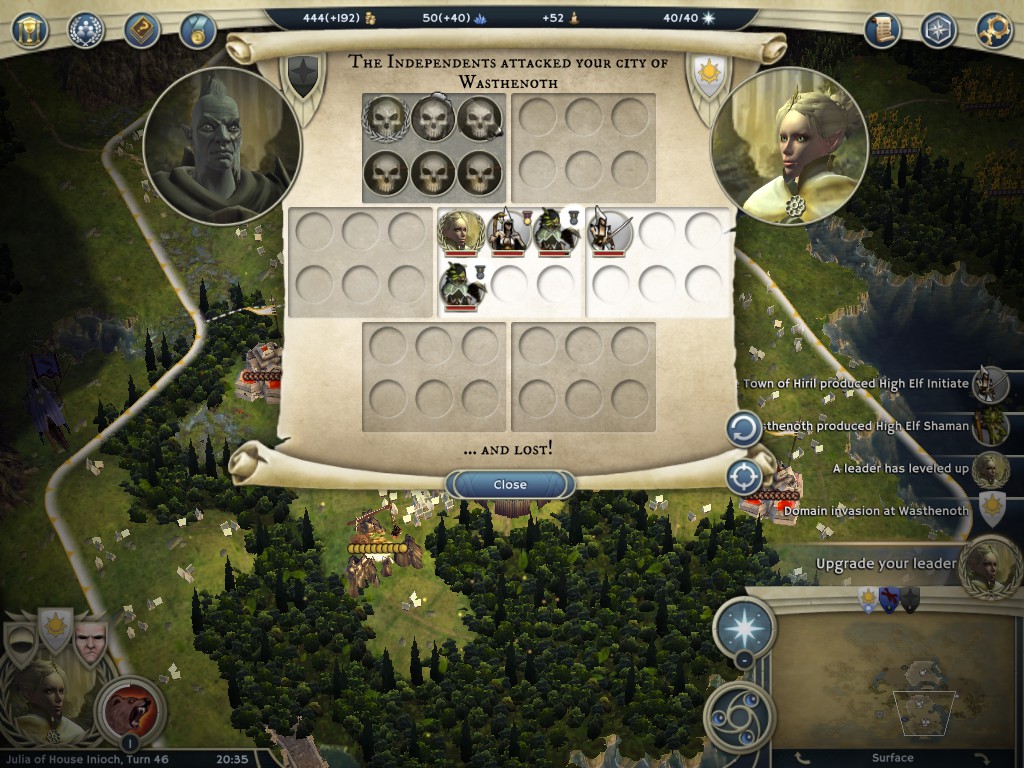 Then it was Dr Light trying his luck.. 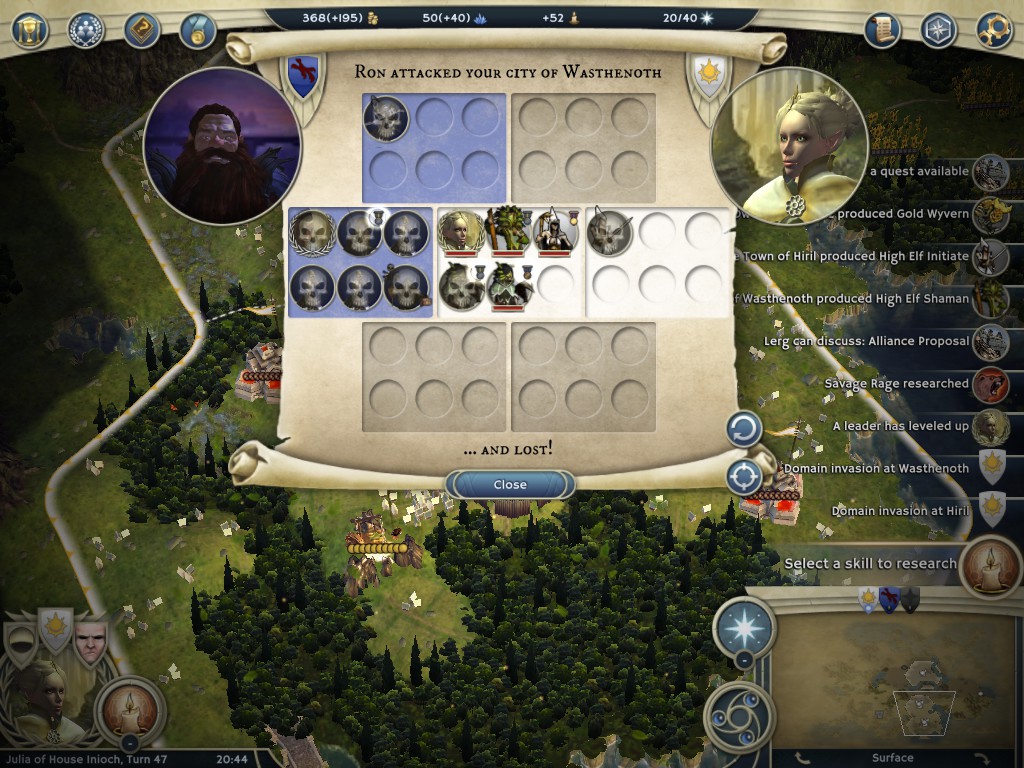 In general, it was a fun game. But I made several mistakes this game and attacked without the rest of my armies and lost.

It was fair in the beginning, but Dr Light starts to be better and better at this game. 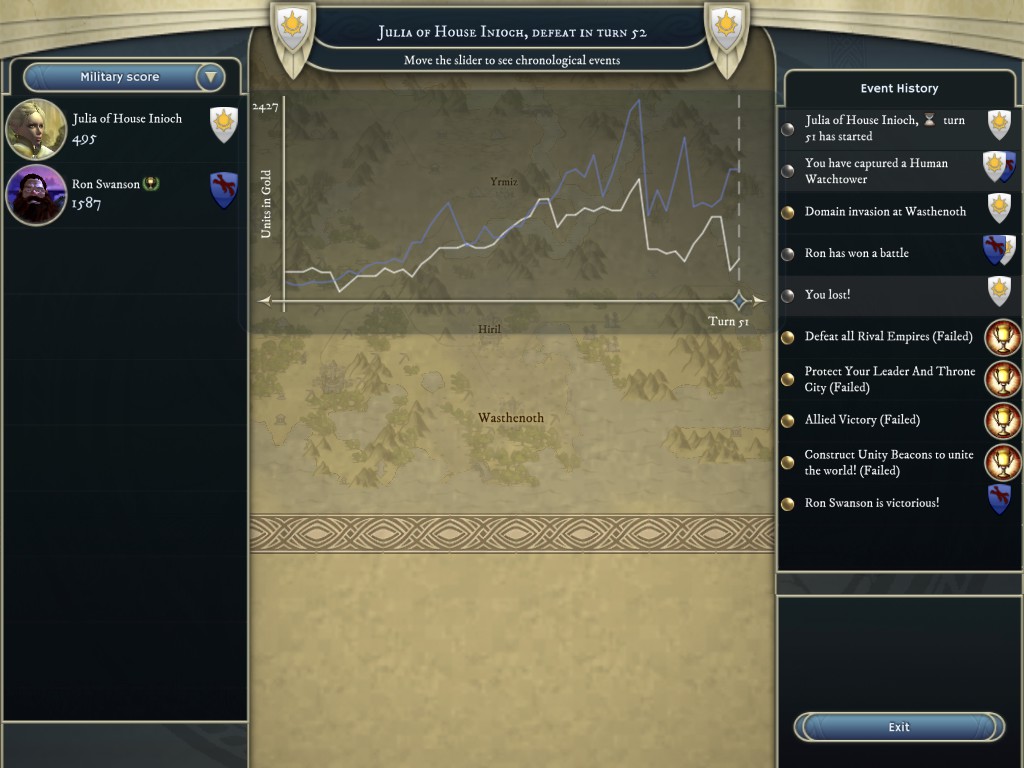 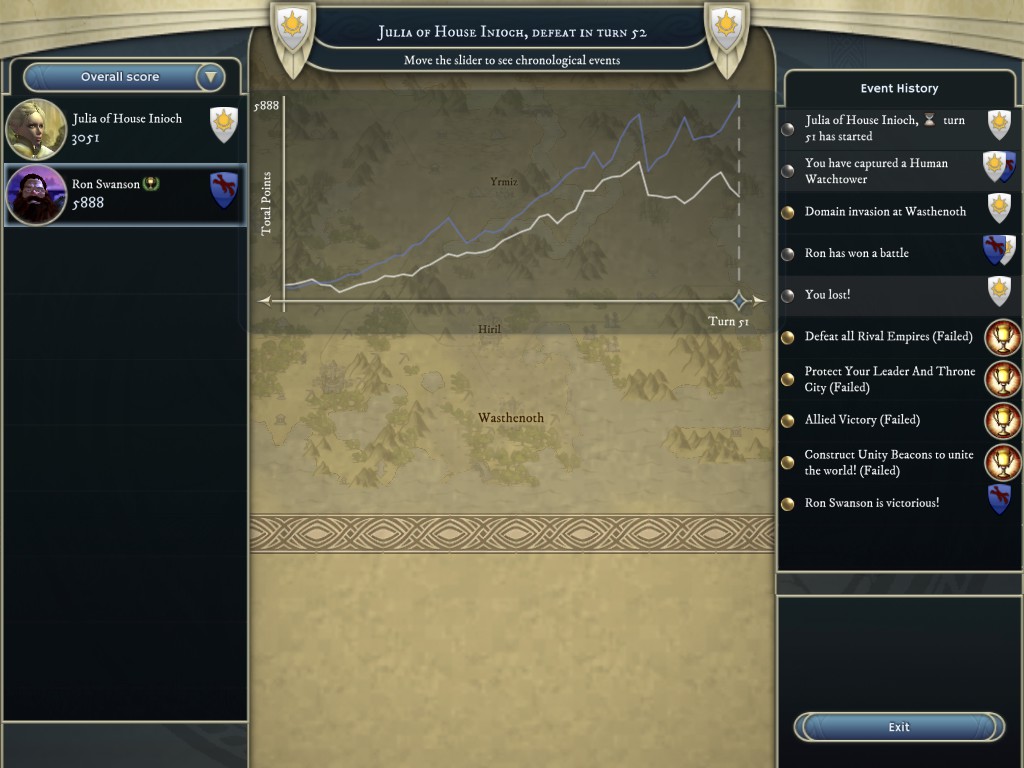