I had serious mana problem cause I had no mana node at throne andÂ only 1 near.
But I was lukcy with summon, could get 2serpents, 2spiders early.
So maybe I had to produce units from town and send them to scout.
or at least 2nd stack.
But I didn't make any scout on north of my map.
From around turn 15, I lost so many with his drone, and finally lost all cities.
I had 1king, 1mature, 2baby spiders(gold),1griffon rider and 1lord of deepÂ from vassal
and other 1and 2tier about 10.
So if we fight I might be able to win.

Was not really interesting game. No big fights vs opponent, no challenging battles for sites and no final battle.
Played as "no class" with only few empire upgrades. Idea was to build 2 stacks of gryphon riders leading by heroes (sorcerer and archdruid) and clear remote sites, but game has been finished too early.

I went through entire map from my throne to opponent's throne with starting army, clearing sites, and captured it almost for free without any strong guards.
Few turns before this, I captured minor city with drones, distracted throne's guard and took throne next turn.
At the same time I attacked another city with gryphon rider and as a result plundered 3 cities in total.

Novograd has surrendered after that and I didn't even see his main army. 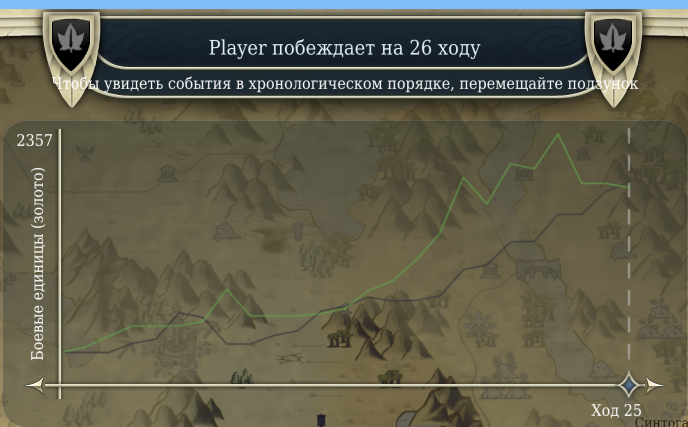