Starting location underground. Got a unicorn and elves hunter as a reward from the spring of life near my throne, which helped me a lot to take some strong sites early and heal my army.
Researched golems, with mana fuel cells was able to get 1 turn production golems in throne and engineers in the first city.
Left part of the UG was blocked, so I could not explore it at all.

Had a couple of golems+engineers+irregulars stacks and T1 mix stacks from the rewards/inns exploring the map.

To compensate for my lack of mobility I was thinking of settling a city with a lost city in the domain to produce feathered serpents, but it was too slow, so in the end of the game I didn’t even build the temple.
Also wanted to summon lesser elementals with help of the essence harvest, but both spell/upgrade didn’t appear in the book for a long time and I haven’t summoned even one.

On turn 19 captured undefended throne and city for one turn by drones. On turn 20 discovered that DrLight lost his leader and I decided to rush with my leader and first hero to capture the throne and finish the game.

I had quite strong heroes with good items, summoned 3 drones and attacked on the next turn. 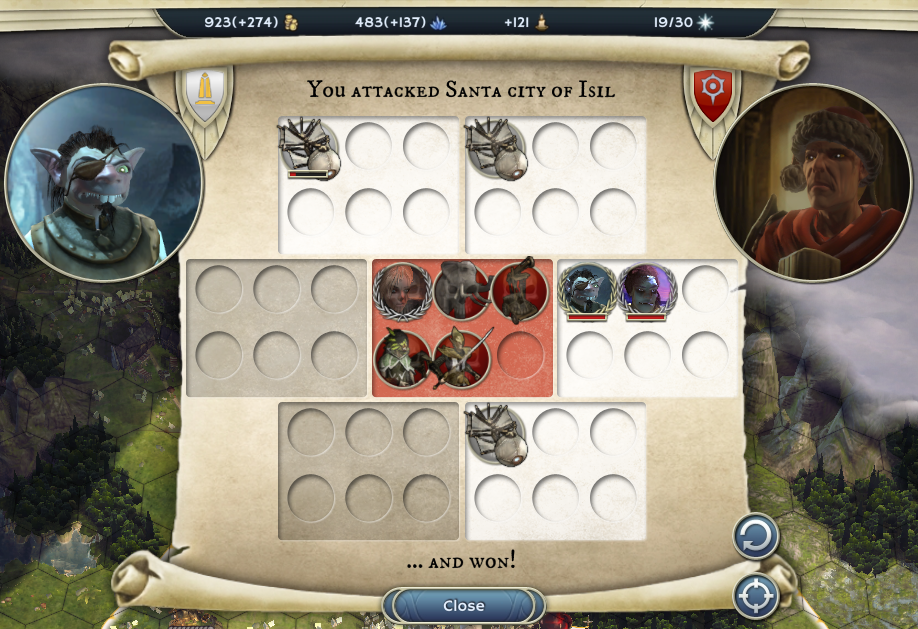 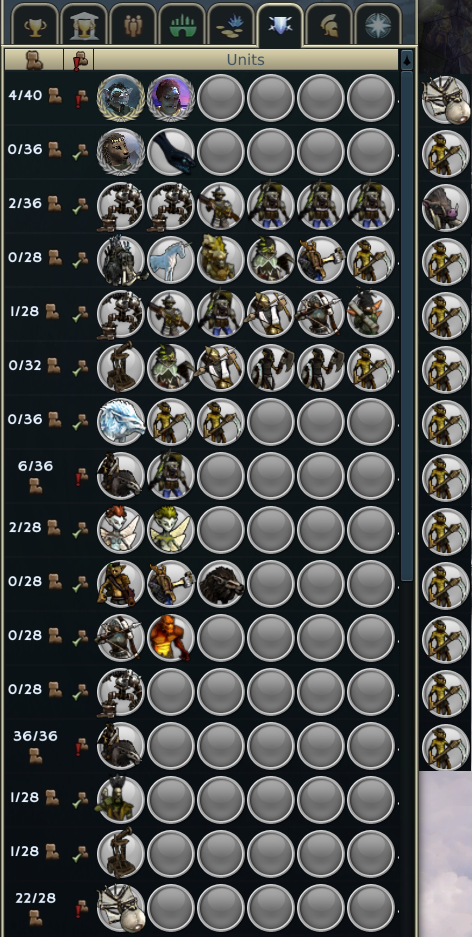 Even though I may lose, I will do my best