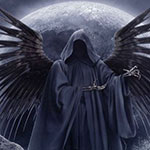 a trap in a trap

not a great game from both of us. mahimka manage to destroy one city, but that wasnt much because i had several more, and he could not advance further with his very mobile stack of eagles, led by an ad hero, because i had just the right defense ready for him.Â

then a decisive moment. mahimka laid a trap for a part of my army that he observed continuously, over-observed obviously. and i laid a trap in the trap. because after he won the first battle at great cost, he was finished off by my leader's stack. and then i was only 3 turns away from his capital. his leader came back in time, but he lost every one of his three cities due to "scorched earth". and that was the end of the game.