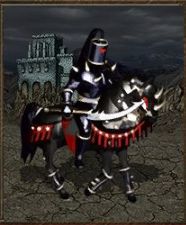 Ok letÂ´s see what rrrookie does but I once lost a 2v1 so I am cautious.
Sorry for the restarts again.
Hili evolved his 2 Knights, one Cavalry was a Quest reward I think.

i was stronger than my teammate so he wont mind, i think. he screwed up, i saw your army and what you cleared, the only chance for us was that i beat your stack, but that was made impossible last turn. i played very risky because i felt the need to accelerate. and then i screwed up as well. but even if not, would have been very difficult to challenge you both more or less alone until my teammate has raised reenforcements by production and crossed water and land. not to mention that we were both unlucky with heros and i was surrounded by 4 raider camps, 3 of which were undead, which prevented me from picking a lukrative route...could say more, but yeah, since it was already visible that we will lose, we ll try it in the loser's bracket. I normally dont quit that early, ask who you want

Ok thx. I don't get my screen recorded. It's only a black window. Despite googling, I didn't knoxw what to do so far.Â
OBS will record in window mode my whole turns if the program keeps working. But if that isn't enough, only other option is fighting in auto mode, which won't please my team mate at all.

PS I will only come back here on bf to inform you about further crashes.Â

A cat has 9 lifes, gladis have as many it seems.
I recruited more judges and they decide you get another warning with proof.
Please record your turns from start to finish in the future.

I guess this can only lead to a warning without proof.
I thought I turned the video on before.. ItÂ´s ridiculous

Somehow it was switched on:
https://youtu.be/bpy91_yl6WY

But the window mode doesnÂ´t bring any benefit as it simply stopped recording when the crash happened..

If you had turned on video before you launch the game, as you said you would, it would have been very easy to judge.
Now I need to appoint 2 other judges and this will be a rather long process.

Please turn off the timer and no turns until green light.

This is turning funny.
My game crashed when loading as I wanted to start that bloody Bandicam (Had no time to check OBS).
Iron Mode applied.

Playing with those Ironmode stuff really is no fun to me, so Judges may do what they are supposed to do

OK, the evidence provided is enough for a "restart with proof" at this point.
You can continue the game.

I will look through what you sent through and if need be appoint two other temporary judges.

I just had one of my "no responding" crashes in a really unimportant fight.
Sent the screenshot to Marcus who is the only Judge for this game as it seems.

Sorry guys, but t least I had Safed and Exit Right before that small battle.

You will loose anyway. So donÂ´t care

i wonder which team is our next victim

Please disable the timer. I arrived late at night and should just rest now and not thinking about any AoW madness tonight.

if all games of the tournament continue in this speed, we wont be able to finish it in this life...

I will also be out of the country October 12 - 20 and will not be able to get many or any turns done during that period. Please keep the turn timer off that week.

Edit: whoops this was team only

I currently can't play my turn due to the 1.802 update not yet available on GoG. So I keep the turn timer off, I guess it will be on GoG tomorrow or the day after.

Whoops just realized the prior post was team only. Canâ€™t make my turn until Sunday. Can you guys take the timer off?Â

The time I have up there is the time I can play my turn every single day, but usually it works out that I play my turn about 12-15 hours later than what my turn time is.

Also I am out of town this weekend Friday - Sunday and will not be able to do any turns until Sunday afternoon.

No, a turn received in Midnight doesn't Help at all. Best would be ok 8 PM so I could play instantly or on the following day

Thanks for your clarification Gladis!
I can understand what you say, but at the same time it was your teams decision to put you in spot 2.
Would you have been in spot 4 you could have eliminated this problem and you would likely have received your turn around midnight and therefore have more time the following day. On the other hand, the turn order seems optimized as it's now, allowing you all to make a turn in 24h which will help the tournament progress.

I played my turn now.
But IÂ´m basically saying that the turn timer is nonsense.
I get E-Mail notification but in the early morning. I forgot it during the day (or rather immediately as IÂ´m really crocky each mornings^^)
+ rrrookieÂ´s playtime means this Situation happens most of the time
+ I played the turn before last evening, so 24 h back. And now already I faced the Problem of missing my turn. ThatÂ´s one reason I lost interest in AoW. Once playing tursn is more a Duty than a pleasure, itÂ´s no good at all.

Have I expanded my Feelings sufficiently?

Gladis, maybe you can expand on your feelings? Rrookkiee is listed as the player before you, and if he would take his turn at 1pm CET you have 9h to make your turn the same day, or if you are busy, you have 15h to send a message to say you are not able to. That is, if you are online at the stated playtime.

Still, you managed to send a message, so if your messaged included information that you are not able to make the turn, there is no problem.

In order to avoid advantaging one team or the other, for each match, the team who will host the match was randomly selected.
The first team in the "turn order" above (who is also the team on top in the tree here must host the game).


Any of the players in the team can host.
Tournament Game #1 Round 1 !

It looks to me like phirpo joined at the wrong spot.
Maybe he is still choosing his class

Settings looks good and we recieved both teams class/race so you can start the game.

Best of luck to both teams, should be a good one!