Thanks for the game Fluks you were a very tough competitor especially with your concealled scouts. Ya i did notice you lost your leader a couple times somehow, im not sure how rhough since it wasnt me. I did lose mine once when I first attacked your city.Â  The game could have gone either way. Good game. Start another?

Here are some pictures below the fight about Urfaras: 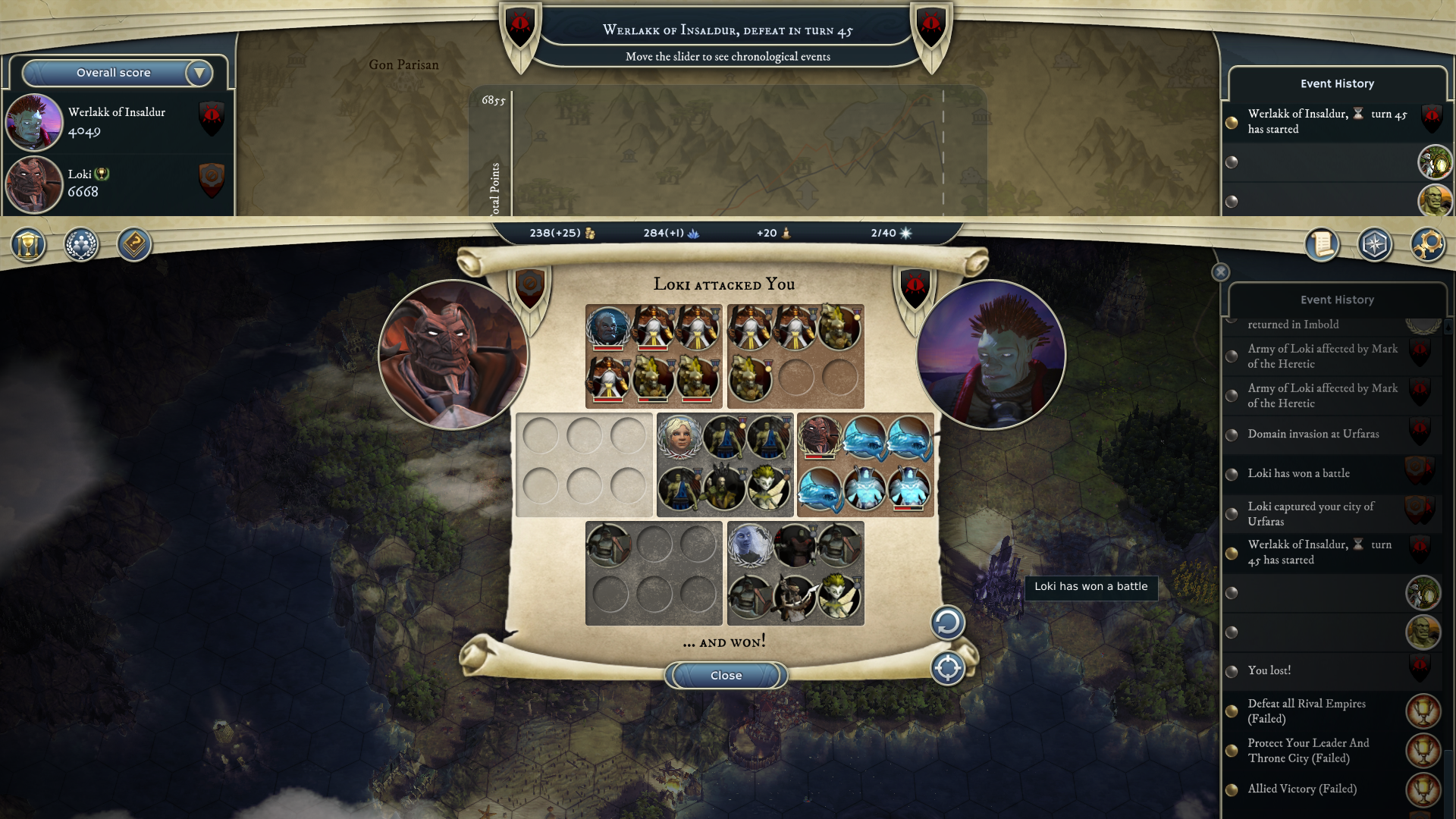 And the final score: 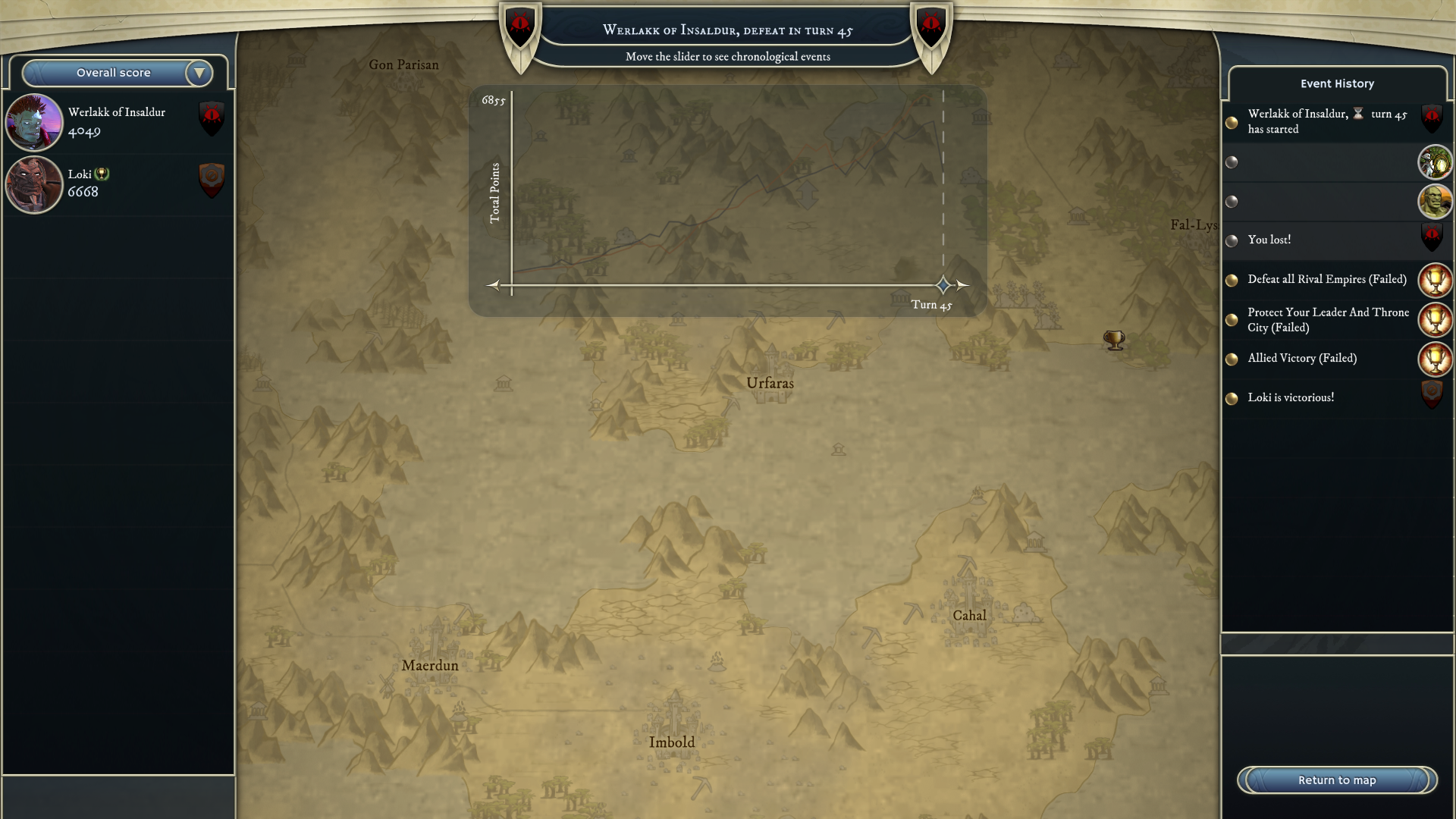 Had a pretty lousy start with the only close city (Urfaras) being across the sea so taking that took uncomfortably long. To make matters even worse this was the only city with notable production output and Loki could access it directly from land. I blundered several times pretty badly by being too greedy and lost my leader twice which cost me a couple of exalted and in the end wasn't able to hold Urfaras against Lokis 2nd attack with teleporting masses of apprentices and draconian elders. Without Urfaras I didn't have any foothold on the main land, no city with production >50 and my main force had fallen in the defense (had another 6er stack with my leader elsewhere because he couldn't make it across the sea in time...) so I surrendered.
I wouldn't say it was a good game (certainly not for me) but I think also for Loki as I think he lost his leader too (2 times?)
But it was fun to play anyways
Thanks for the game Loki!