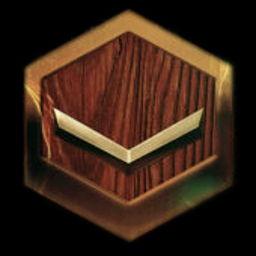 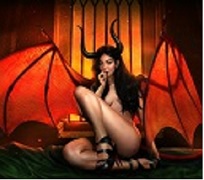 Just wanted to inform that in 3 weeks I will going for vacation for about 2 months. I prefer to complete this game before that. Otherwise it would be hard for everyone to follow after long break.

I think we have win the first game but we restart , i think they will win this one

Hello all! SeeR notified me about an issue when he played his turn today (screen went black). To investigate it, please stop the game and remove the turn timer.
It looks like Fistandantilus is busy recently so it might take some time, but you'll have a time extension based on the time it took us to review the issue.

GG i have do great mistake with my colon(not protect on other case when make city), and the map give to Dark all city vassal, the 2 dwelling vassal + 4 city vassal + my mistake game is dead turn 11

, we have well play this week end

, Seer that make 2 days that this is your turn do you have problem ?
Dark congratulation you have very very good start this time!

Let's discuss this by PM but my laptop is also not powerful at all and I have no performance decrease at all in debug mode so there must be something else at play. I also did not notice any difference when recording with or without debug mode (and I record with debug mode on most of the time).
Published on Thu, 14 Sep 2017 06:59:11 +0200

I can either play in debug mode or Record, but cannot do both since my fps drops to like 6 which makes the game unplayable. I am recording the turns from here onwards. If you want me to play in debug mode but not record let me know.

Debug mode is slowest, I don't have the best computer it is just minimum configuration

Hi! I had sent a message yesterday but I found out just now that I had accidentally removed DarkRider from the recipients.... -_-b
So, @DarkRider: please check it and follow the requests there.

You can continue the game, DarkRider receives a warning for reload justified by adequate proof (screenshot of the crash).

@all: please play with debug mode activated for this game.

I did get an error and crash on clearing a site and sent to judges.

Tussel have host game 4 with good max level...
Seer ok but if you are ok the winner send too SomethingÂ  half value like this we all win Something 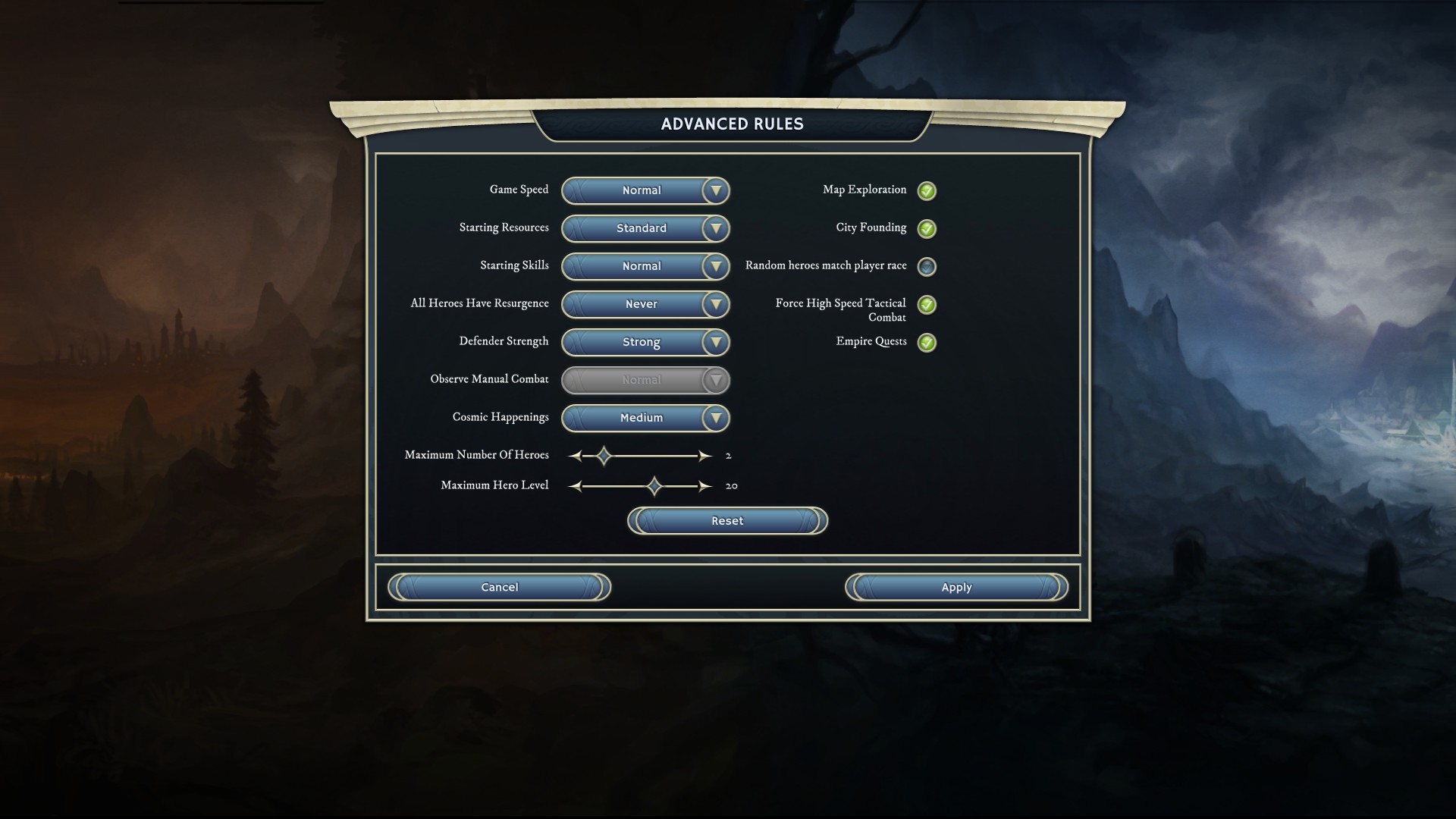 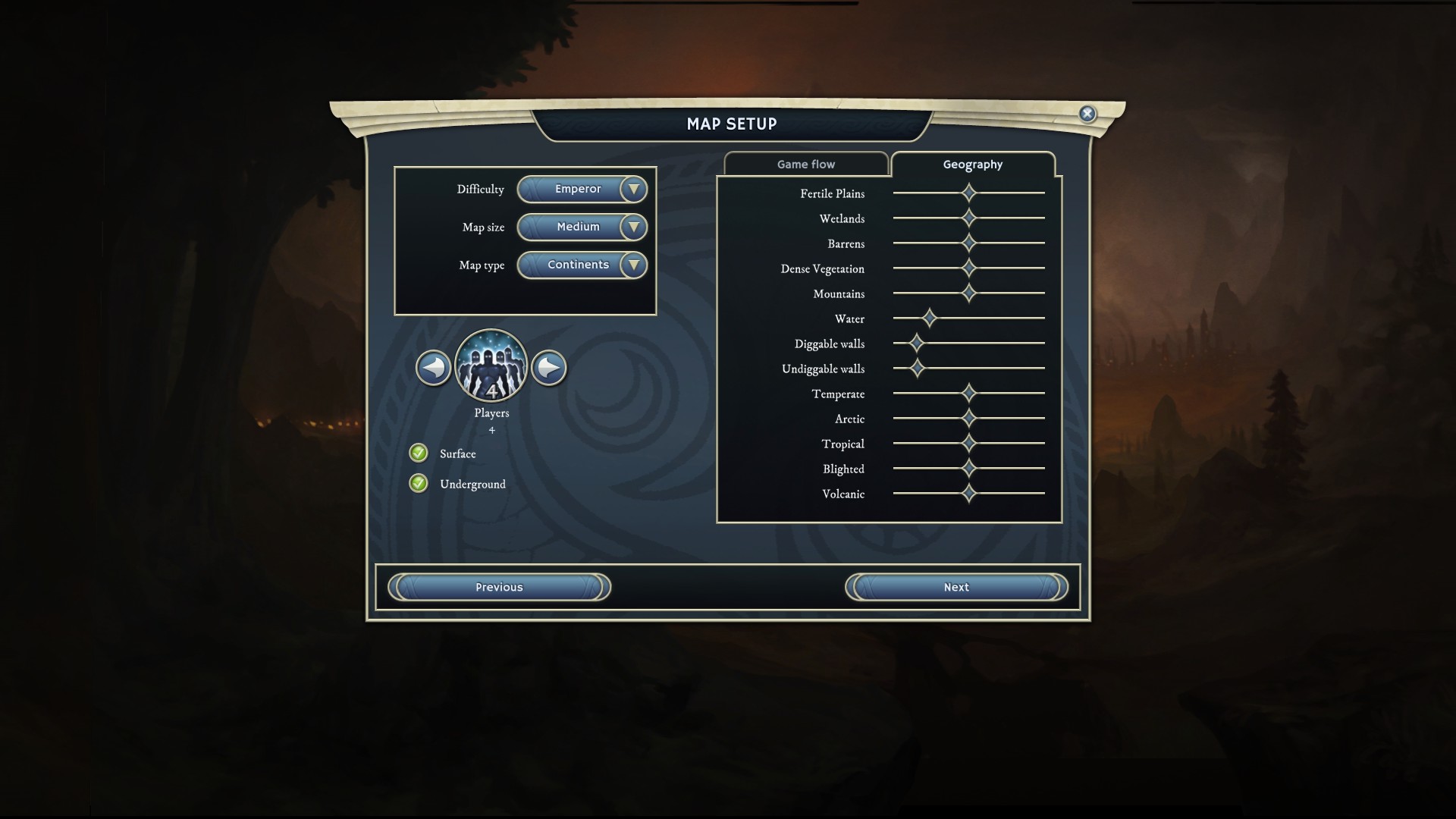 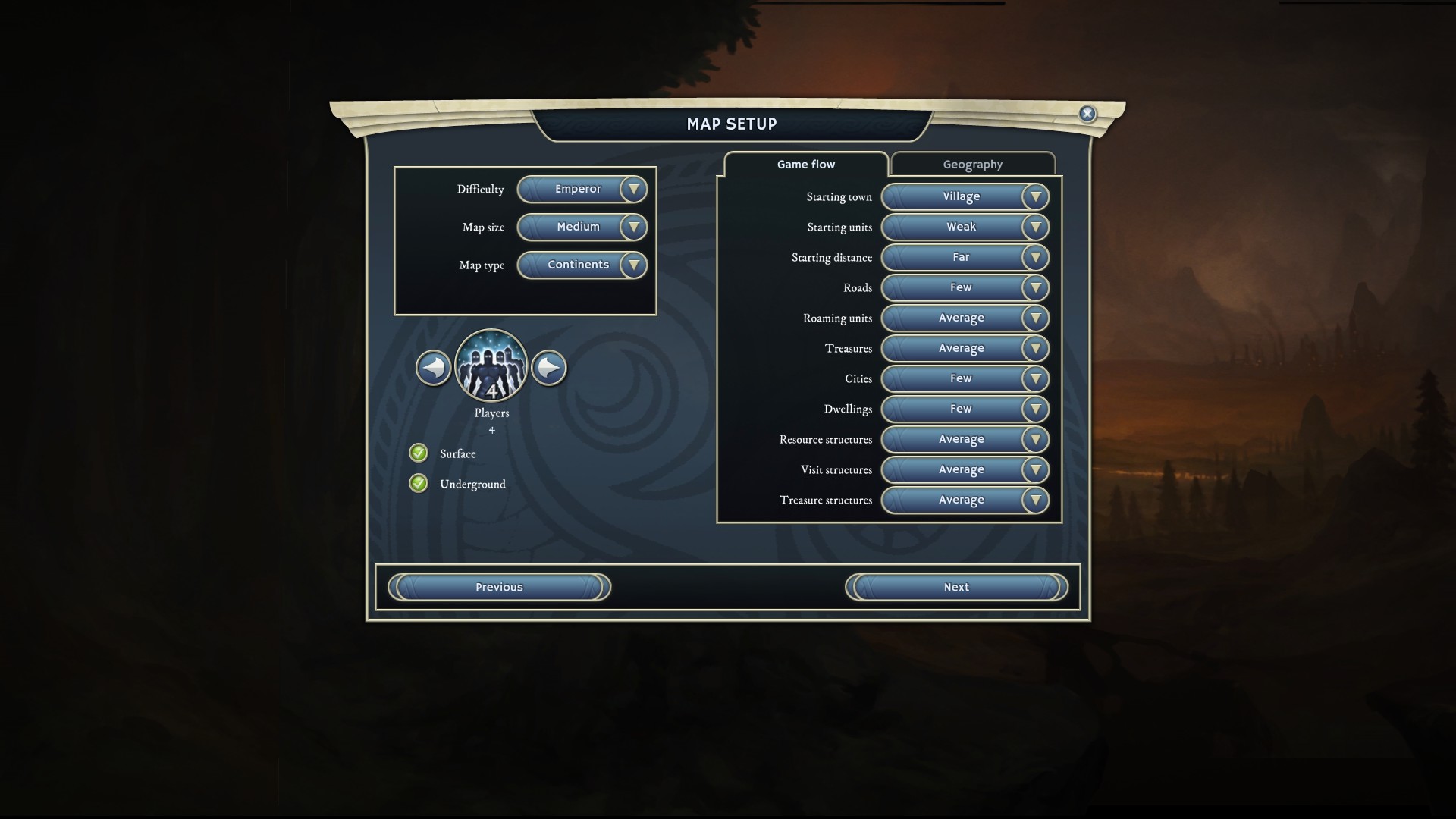 All class/race received, so you're good. However, Dark was incorrect: max hero level is 20 for the 2vs2. Level 13 is for the Duel Tournament (at the time of the 2vs2, people disagreed to lower the level for heroes, so we kept level 20).
So I let you see if you want to rehost again or not.

@Tussel: that's weird that you get such screenshots in windowed mode. Are you taking them through Steam? Maybe you need to take them through "Print Screen" on your keyboard then paste on Paint and save. For next time...

nice to be on the correct map size this time , rejoined

GL gab and tussel ,Â  PS all my taunts and insults are not serious..... and yes I still want to bet the bottle of something gab..... up to $50 Canadian value estimated , but you will need to provide me more description about this special drink you are requesting .... do you know the name of the maker of this product ?

is it really Canadian Maple Cider ?Â Â  do you mean "Ice Wine"Â Â  we are kind of famous for that but it is not very strong

My apologies, game settings has been fixed on rehosted game.

This is what it gives me when I take screenshots in windowed mode: 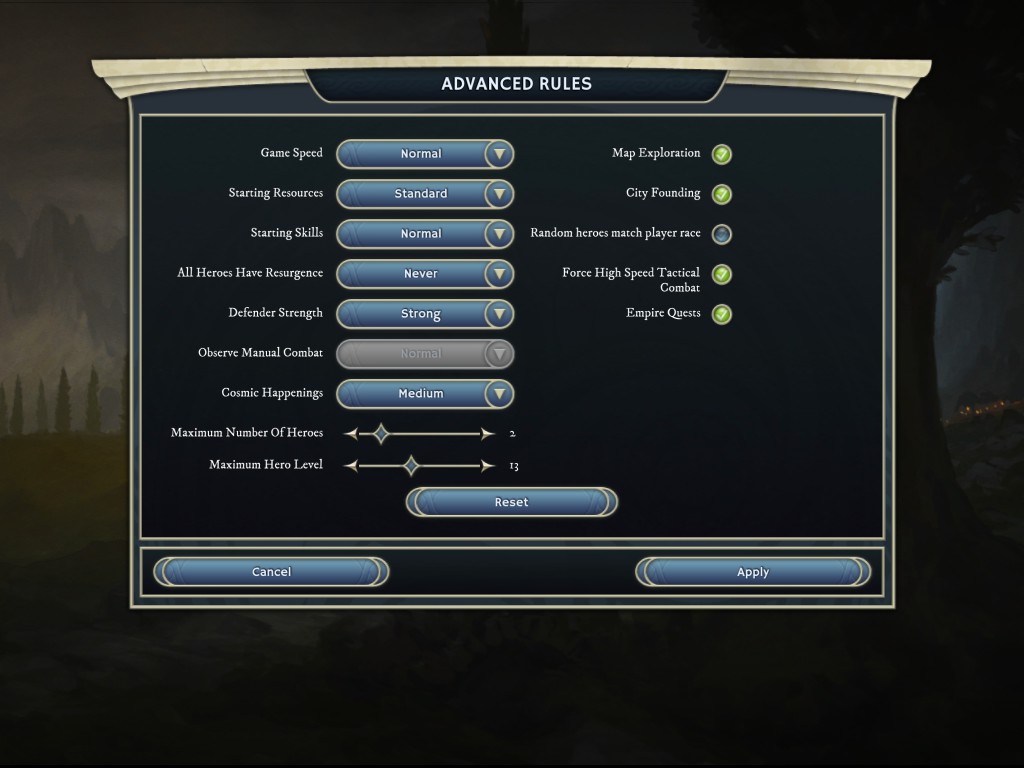 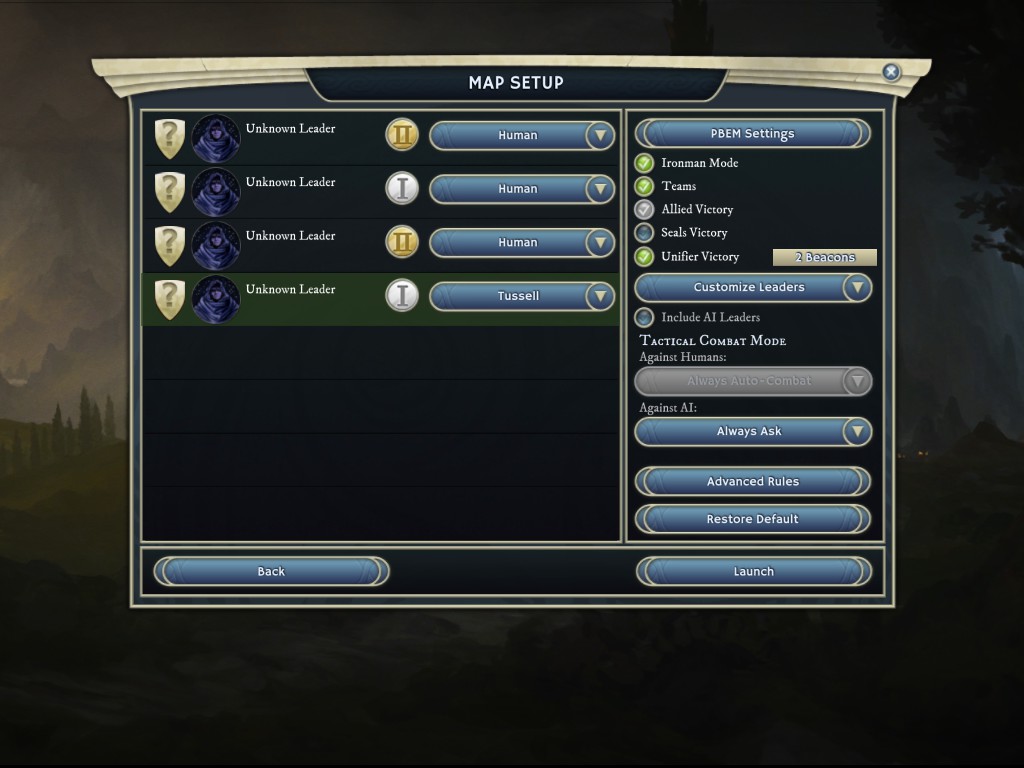 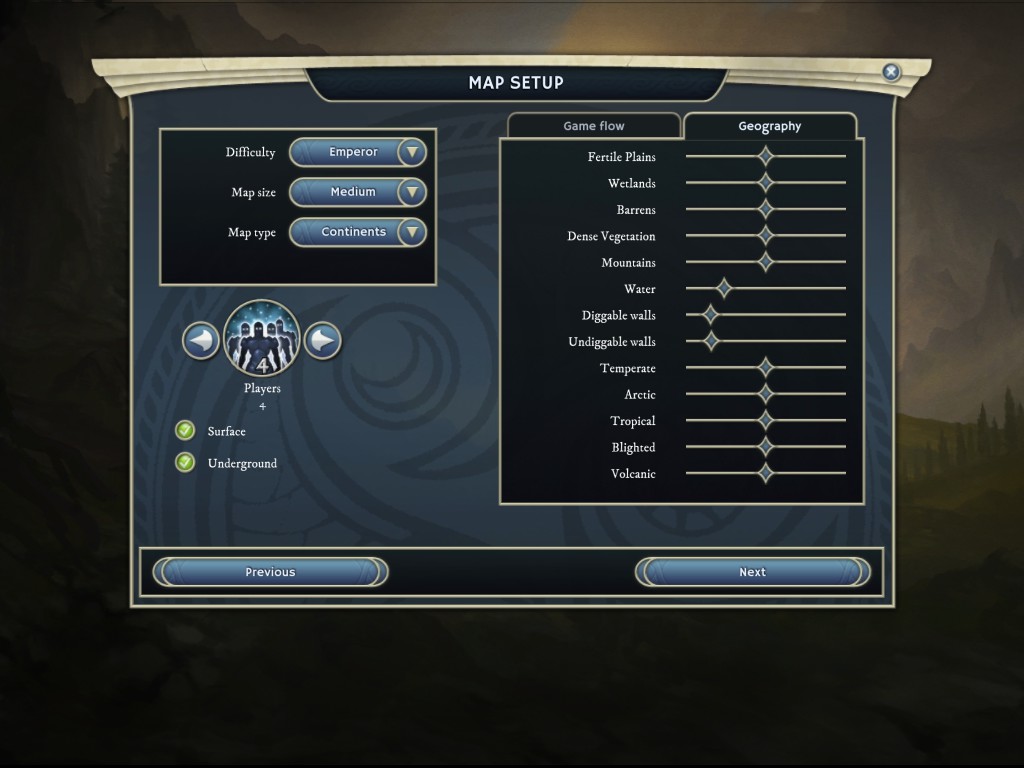 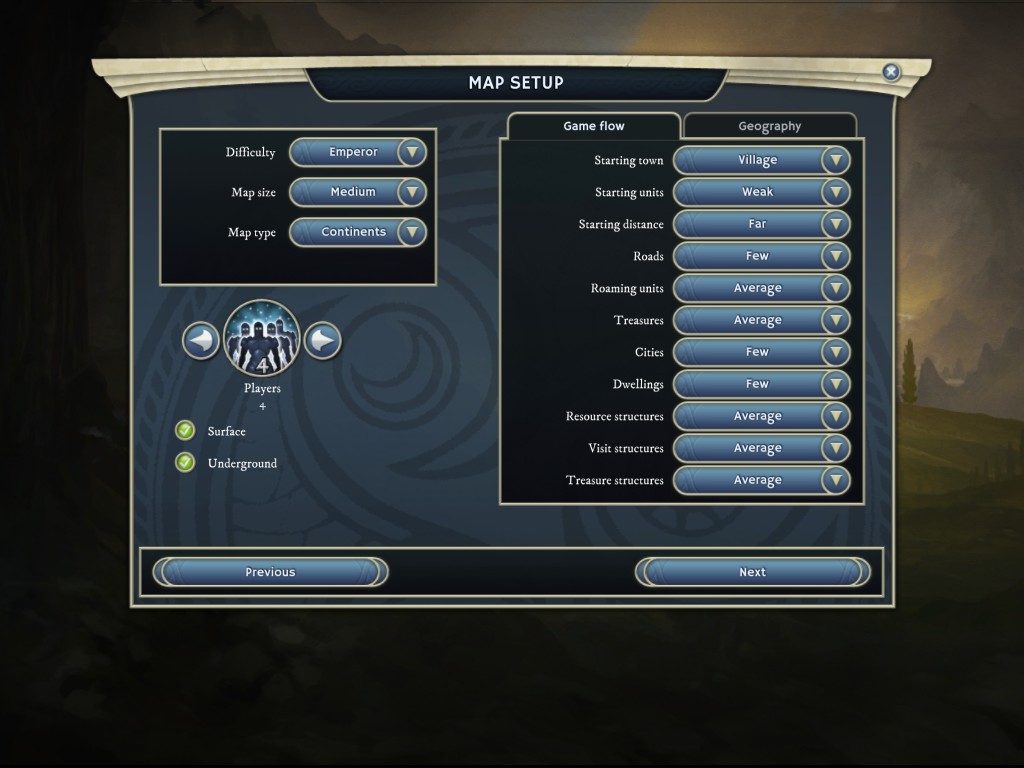 Max Hero level should be 13?

Missing the class/race of gab.

Issue with the settings: map size is Tournament Size instead of Medium (Tournament Size is for Duels).
Also please post screenshots of the settings in windowed mode (Graphics => Display Mode =>Windowed, in the launcher) so that we can see the timestamp (cf. rules).

I believe my specializations were water master + destruction adept.

The new game has been hosted: 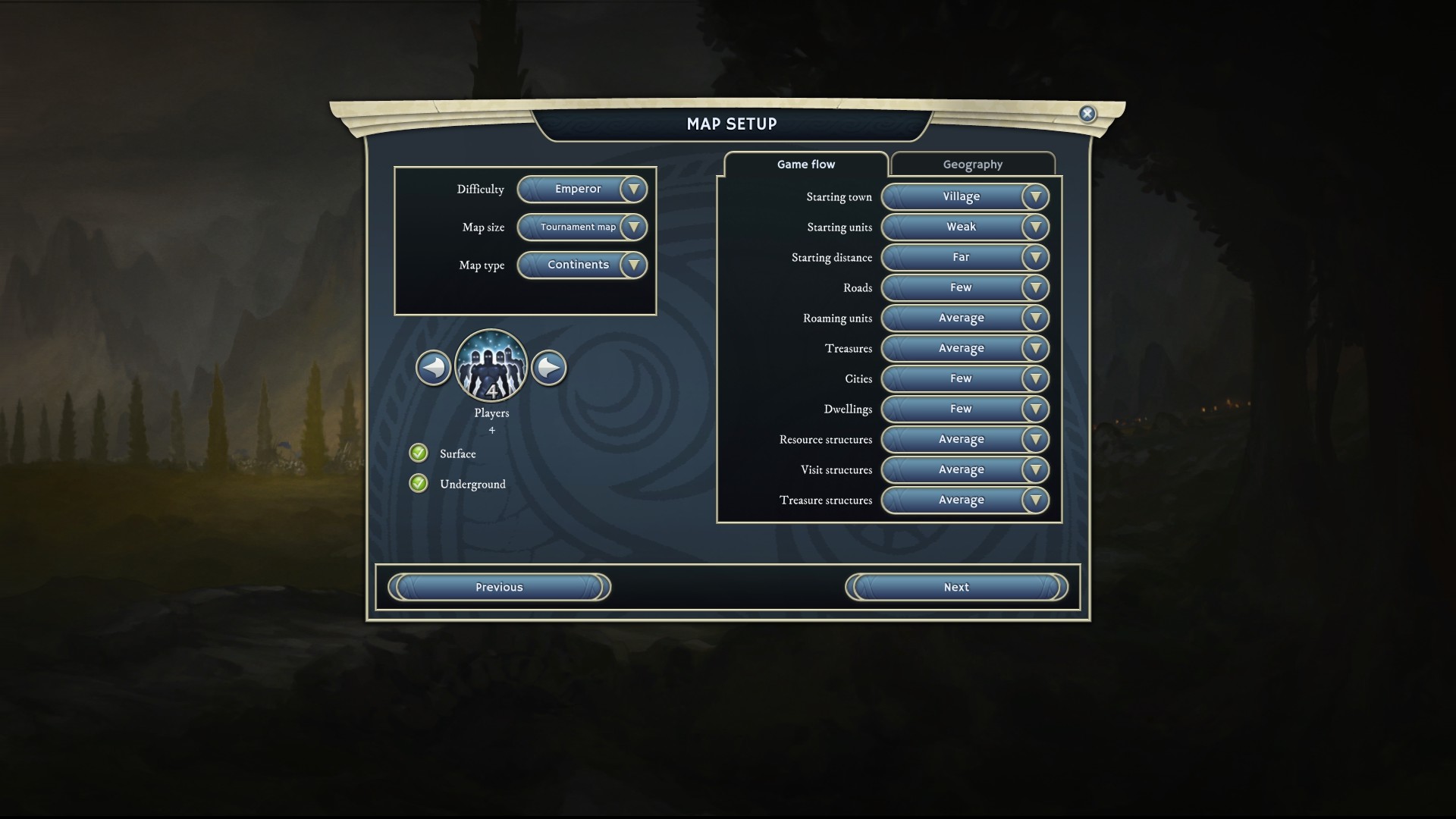 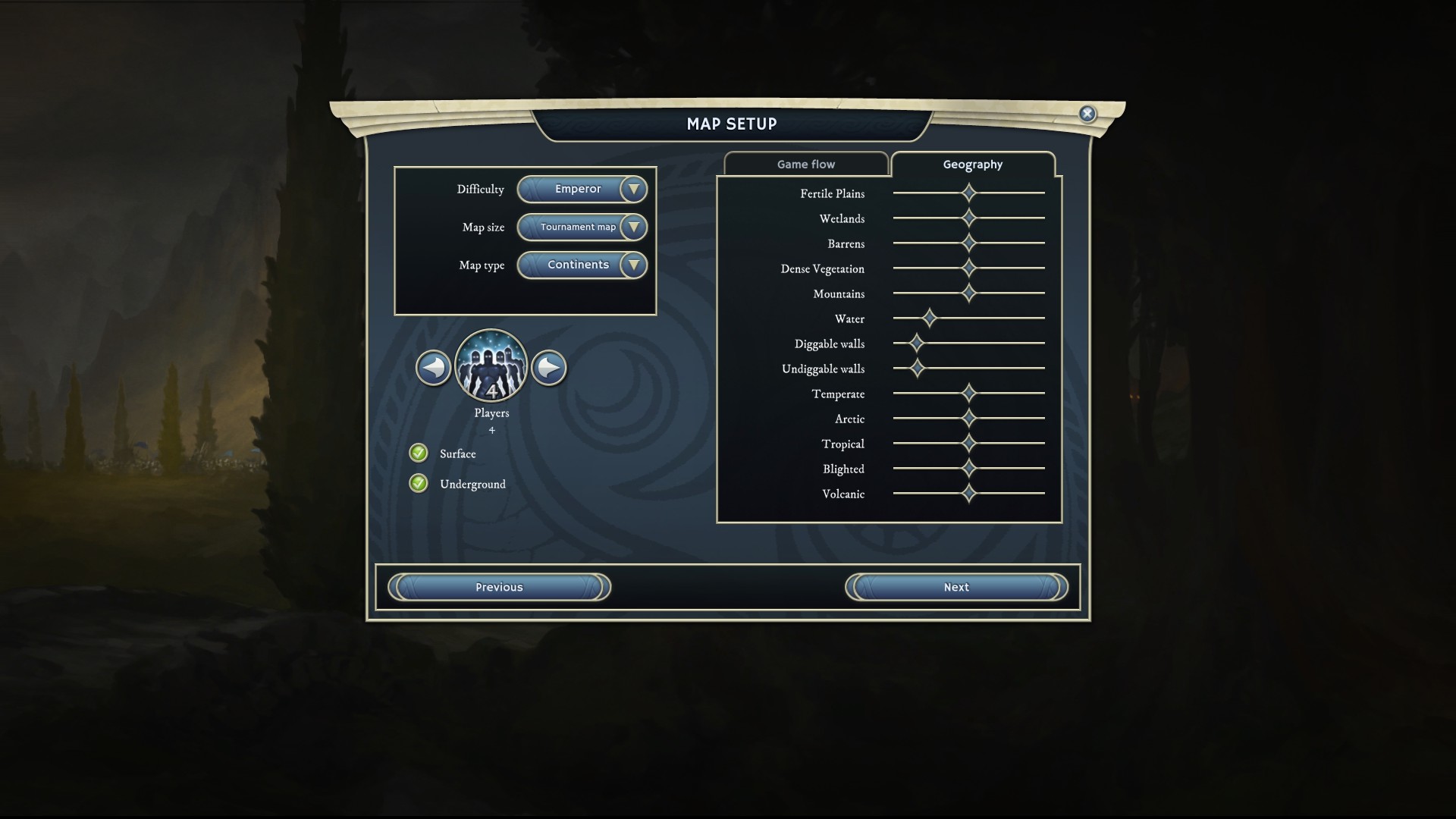 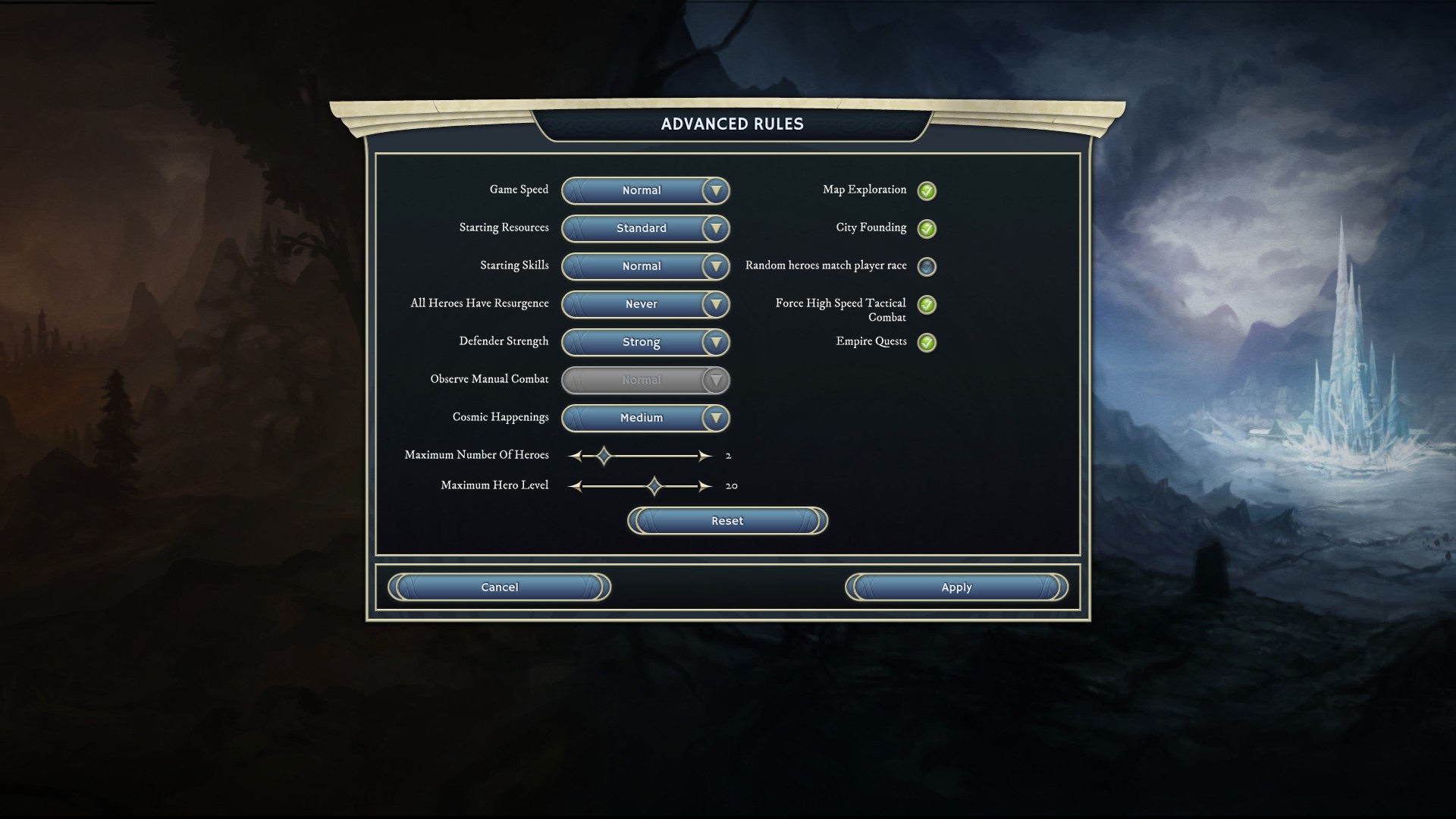 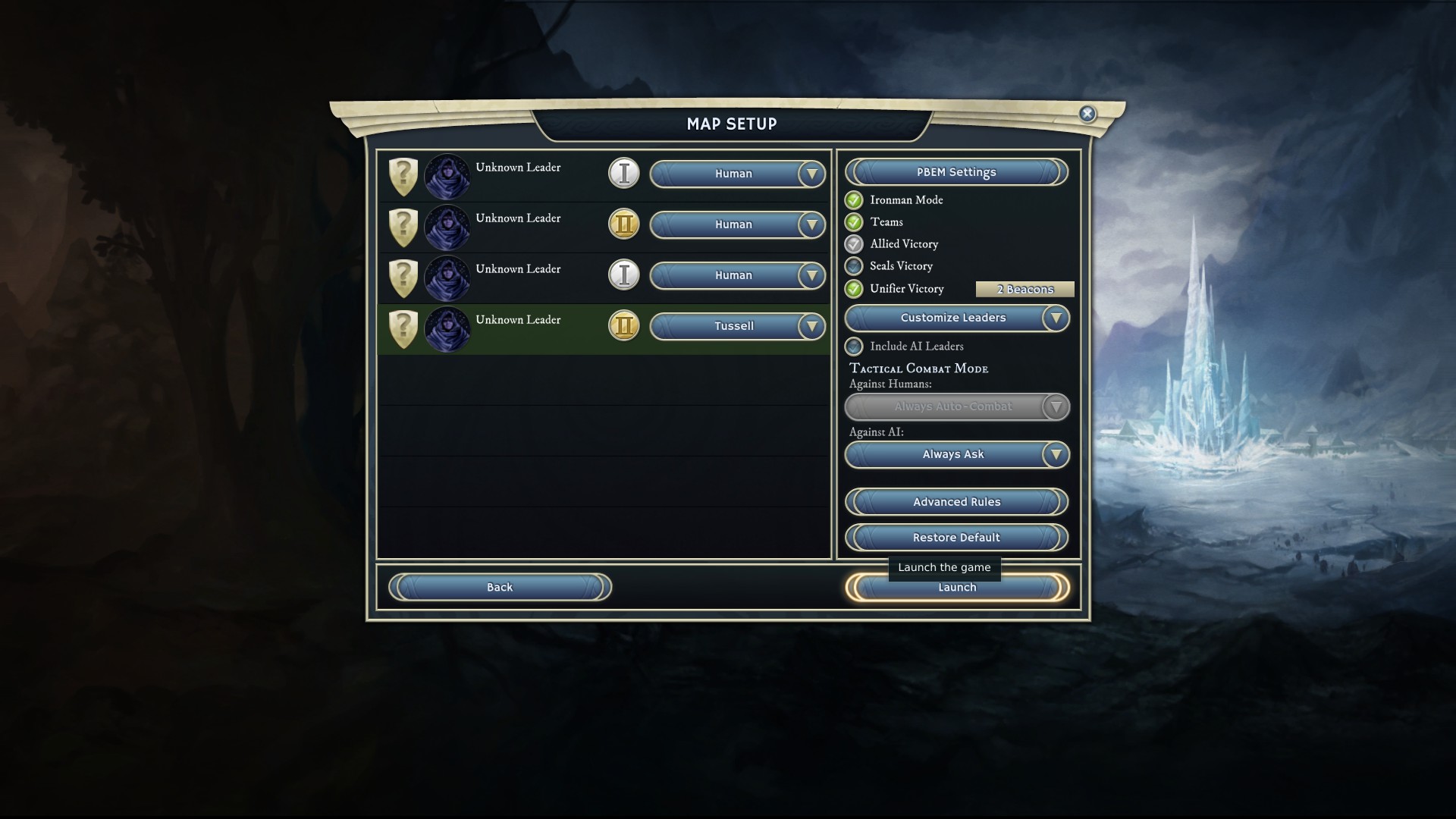 gab, you're in a team with Tussel, we expect you to share the info with him...
Tussel can share his specs and then you'll be good. There is no need to skip a turn or whatever.

Only me know the spec of seer and dark, i don't remember the spec of Tussel. You have the luck of restart this game want do you want more? if you want i can don't play the first round of the next game.

Would be fair to give specs too.

You can play whatever you want, considering your last game is the one on round 3 and the usual tournament rules apply. It's like this first game of round 5 didn't happen.

Can we know the tussel combo before we decide the combo for the new game.

In order for everyone to have the same information, Tussel should also reveal the class/race and specs he used in this game. That is because gab knows this info for both SeeR and DarkRider.

We're waiting for your new class/race.

I know many think and yes i have see seer of course, and your very bad start.
For me, you have to know Nothing about Tussel ok this is my fault i have play without have see you have miss your turn but Tussel is for Nothing in the problem on this game i will have convert with 2 theocrate in 3 turn and dragon city so you have luck to restart this game ...
If i have well understand we can chose an other combo?
I hope in the next game you have a better start and we can play without problem and without wait 7 days for play. Have fun!Â

PS: Seer like you think i cheat, it s better to don't play french bottle of brandy.

I believe Seer hasn't met Gab yet so only on my turn I can see. Seer can you try it?

Seers and Tussel can be hidden from each other as they are not revealed. If Gab has met Seer too then we need to do the same for Seer and Tussel.

Ok, following discussions among judges, we came to the decision that the best is for you to restart entirely the game. You would pick again class/race as if this game never happened (so based on the class/race of your previous round's game). This solution is not perfect but the alternatives were worse in our opinion. Please do not quit the previous game for now, create a new one (you can quit the previous one in a few days, in case we need new elements on the first one). So gab or Tussel, please post again the screenshots of the new game's settings in windowed mode.
gabthegab gets a warning for having played his turn while the turn of DarkRider had been skipped. We can understand he didn't see the email or the "(turn skipped)" on the screen where PBEM games are listed, but carelessness is not a good reason: everyone needs to verify his emails, game blog, in game notification, to avoid such situations.

A few additional elements... First, we want to avoid reverts as much as possible (rule 3: "If a player skips his turn because of the timer, it is not allowed to revert the turn: the host should remove the turn timer and players should notify judges and wait for their indications on how to continue.") and so reverting the turn of DarkRider would be very problematic. Reverting gab's turn would also give him an advantage to replay his turn in a way even better than he did the first time. Second, gab got an advantage as DarkRider was not able to move, and even though the result might have been the same if DarkRider had moved, we'll never know and DarkRider and SeeR would be unhappy with that if the game was to continue. Third, letting gab or Tussel skip one turn may have big consequences as you already met, so it doesn't seem like a good solution either.
If you are not happy with the decision, please first let the judges know by PM, however don't expect it to change.


Finally, we suggest you do not put turn timer to avoid a similar issue. If someone is not playing his turn appropriately, please report here so that we can see if we need to put back the turn timer.
You should have at least 2 months to play your game and we may give you an extension as you would anyway have time to finish it before your next match. There are 2 issues however: 1/ as long as your match is not finished, we can't update v1.22 on the main branch of the balance mod and 2/ it would not be fully "fair" to other matches which need to be ended by score after the deadline. So I hope your game can end before 2 months, but I'm confident it will.

Dark i know how you play of course

but level 1 for the two heros in 4 turn it's really rare. Be sur we are not close and for kill my scout you must have flying unit who find 100% bonus mouvement and after that who find my scout and after that you must win the fight...if you play your turn i think i probably met youÂ  and for sur i met seer too, who don't have miss his turn...Sory for my bad english i hope you can understand. Now i don't know what you want to play happy, do you want Tussel don't play his turn? do you want restart a game?

I don't remember the exact time that I put the turn timer back on, I think it was after my 2nd turn. I had turned it off a Seer's request but I turned it back on because A) it is supposed to be on according to the rules and B) I think 2 days is a pretty reasonable time. I never saw Darkriders post until it was too late. I wish no ill will here and am fine with a map reset if the other team desires that.

I was on road trip came late on Sunday night and woke up late in Monday morning.

I couldn't even play but turn (even before 10 am before it is expired to you)Â because the turn was blocked I gave screenshot of that in first post and here it is again. This is the bug Hiliadan is talking about. 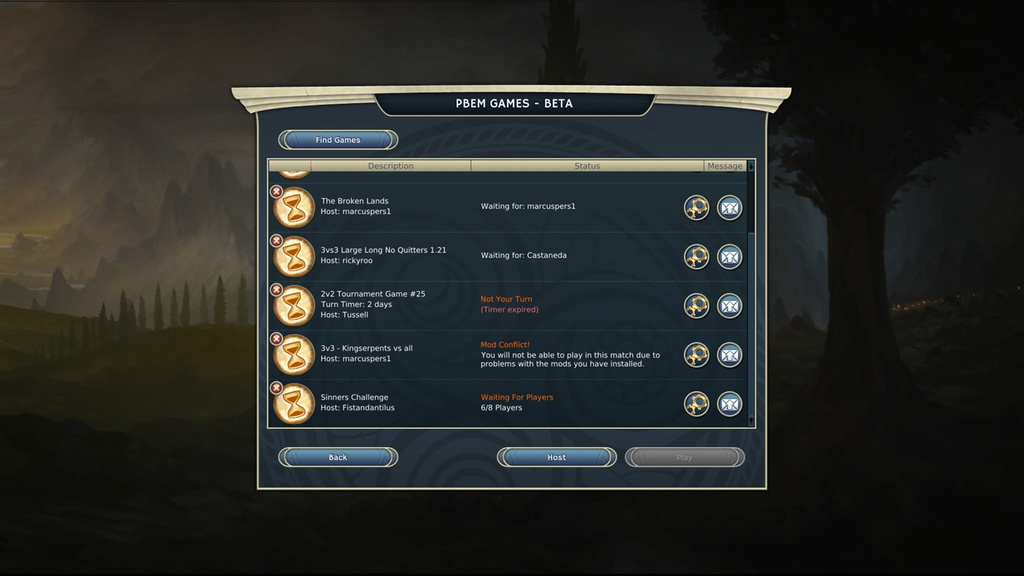 Gab you know how I play I don't level my heroes. Map is perfect for my class so I don't complain about that, yes we started closer but that is fine.
If I played my turn you wouldn't have met me, instead I would have met you or killed your scout.

SeeR, if you exit the game, you're out even if there is a reroll.

@all: please stop posting except if it is to add information, and in that case, might be better to send them by PM to judges instead of posting here.
The judges for the 2vs2 are Fistandantilus, Markymark and me. Marcuspers is NOT a judge on this, only on the Duel Tournament.

I have all turn in video, this is not me who have used cheat code in the past...Seer sory you think that of me!
And for information we are turn 5.