by the way, i changed to the pc and played the turn complete new. used this to make a test fight, after it, i had maked a crash of aow. after it the turn was locked (false mods messages). Next day, it work again but the turn was played (from my notebook). Something weird.

i had lost a tigran chariot before the battle. so i was very disappointed. Had a mission and was in near of him, he has taken the fairies in the UG,i wanted only explore, but i maked a fight with missclicks.

In this battle i had not all my units. so normally i can beat his winner stack. no really reason to give up. But after some time, i think it was the best, can not repair the miss-clicks without loosing much more time and he is easy too strong (using exploits?) to beat him regular (for me).

Had very good map, a lot of gold and research sites. Captured hostile town size city early with lost city in the domain. Cleaned few strong sites quite early and got good army and items.
With theocrat hero managed to convert a few good units and splitted army.

In this game I wanted to explore DN capabilities, but failed. I didn't build any class units, because didn't see good opportunities to use them and game finished too early. Didn't build any musketeers or golems.
Produced only one engineer last turn for future cannons (should research them on turn 19 because of more than 100RP with forts).

At turn 17 I have captured fey's dwelling between us to prevent marky to vassalize them (I scouted his army on the same turn and saw his quest). It was a bit risky if I would get too much damage from feys, but I did fight quite well and my troops were more or less healthy after the battle and regen.
As marky said, he missclicked and then had to attack me, lost and surrendered. 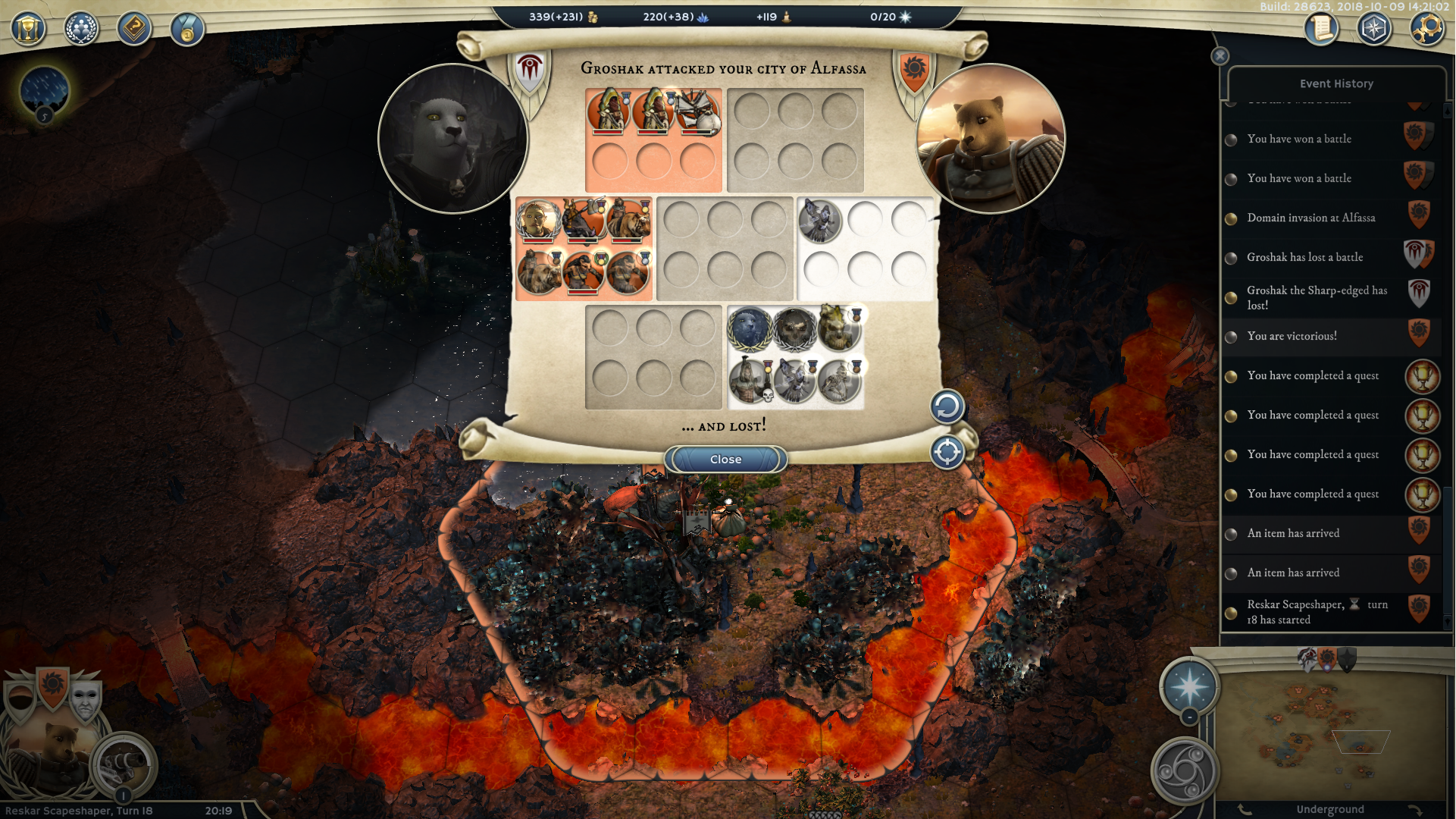 Can't say that something specific from DN class helped a lot in this game. As I said, I didn't find good opportunity to use class units, I got benefits from economic empire upgrades, but not sure that it was much. Nothing special about DN leader, I got 13 lvl and probably the most useful ability was only "inject mana fuel" because of tireless and very good items on my leader.

I am ok with reverting and want to continue game to explore DN possibilities.

If you didn't surrender, let's revert the turn and continue the game if you want.

Had a false click, want not attack you, just explore you with scouts...i give up. When i try a new game.

had to change from notebook to pc (weekend). Last turn i broke (lack of time) and played now with pc. I try to avoid this matters in future