I think the medium sized map makes the game unnecessary longer, I don't think this is a good example, as I made many mistakes... If you focus on attacking your opponent and succeed, then yes, it only makes it slightly longer... But the increase numbers in structures makes it more appealing to build your economy and empire.... In other words, I find this setup nicer if you want to train your skills, but if you just want to have a quick 1vs1 combat, then the smaller sized map  is probably better...
Published on Wed, 14 Oct 2020 08:20:08 +0200

I think it made our game about 7 turns longer. I am comparing it to when I played similarly and succeeded overhwelming him with my first attack: 1. clear some sites, which I could, around the starting location, 2. Head toward the middle of the map, where usually is something important. 3. Continue toward the opponent's cities.

The other difference is that there are more independant cities/dwellings, which I like.

Wow, I wish I had taken a screenshot of that UG, I wasn't even close to be able to spot your army...

I only have to say, that I just can't play sorcerer lol... I keep losing units all the time... Geographically, I didn't like where I was, it was taking me too many turns to move from one point to the next, my main and my indies were separated by water and there was a bridge, that made the trip like 3-4 turns... Then I couldn't really find a nice route to expand, that's why I started to venture to the UG, which wasn't the best option as it can be seen...

We finished this 5 days ago, and I already have trouble recalling how it went. So, sorry for the subpar report.

We played on medium map to stretch out the game a bit. I had two farms close to my throne city but no forge (or quarry). So, I set out to find a good location for a producing city. I found my racial independants, which had two quarry nearby, and, if I recall, before turn 10 I found a High Elf city (again, no forge) on the surface not far. I took it, absorbed it and built the necessary buildings to get High Elf Hunters going on. Which were good additions to my otherwise melee focused armies. In the end I didn't build any new cities the whole game. Probably a first time in a long while.

Oh! I was offered the spoiled Sorcerer hero, which I accepted for the dragon mount. A Goblin in the underground with that mount can see insanely far. I, definetly, felt spoiled.

My leader army headed toward the center of the map, UG, because cartographer tent revealed a Giant's Dwelling. My second hero stayed behind running between my elf city and the absorbed racial independants.

I got two Ogres from the dwelling as reward. I cleared some sites around, including a tavern to shop up on units, then I was ready to cotinue toward where I suspected DrLight's cities were. I didn't bother with scouting because I saw so far UG that that was enough scouting for me. I met a couple of Wisps at some points. The dwelling had a Fire Giant reward and vassal proposition, so I turned back and did that first.

Turn 27 I spotted his leader UG. As it turned out later, he didn't notice me, and ran with his leader to the UG entrance and into my arms. His leader was accompanied only with one weak stack while I had about 3 stacks. In four turns I took his throne, which ended the game. 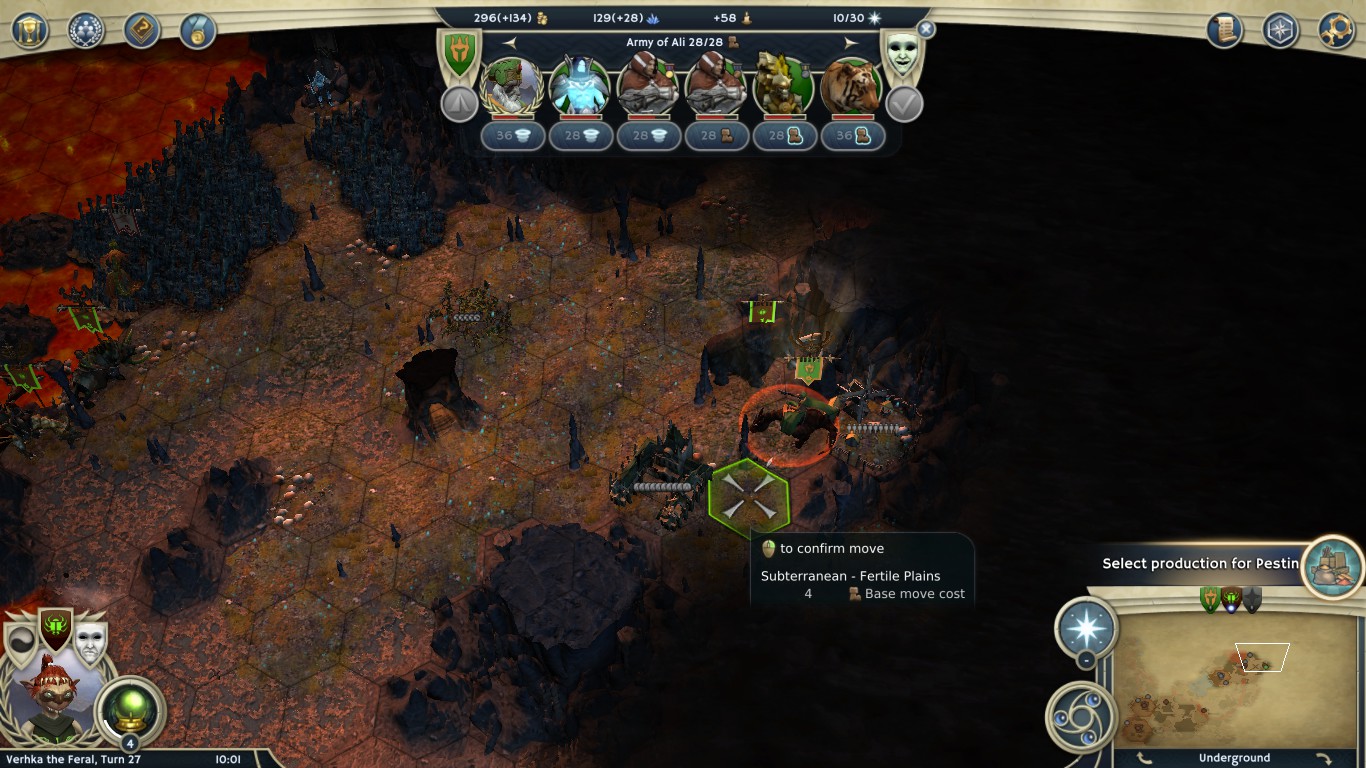 I don't think I did exceptionally good. I suspect there was something on DrLight's end not working out, that's why he couldn't prove to be a greater opposition. 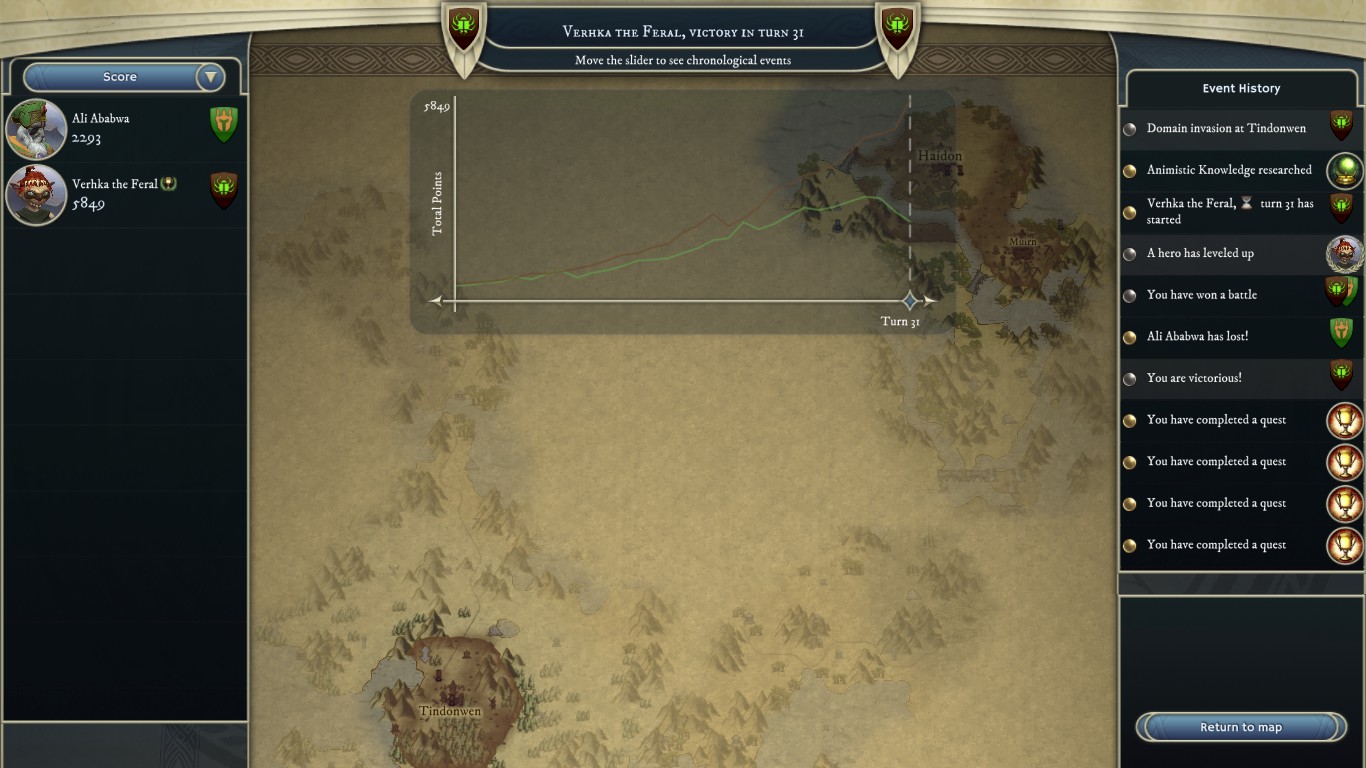 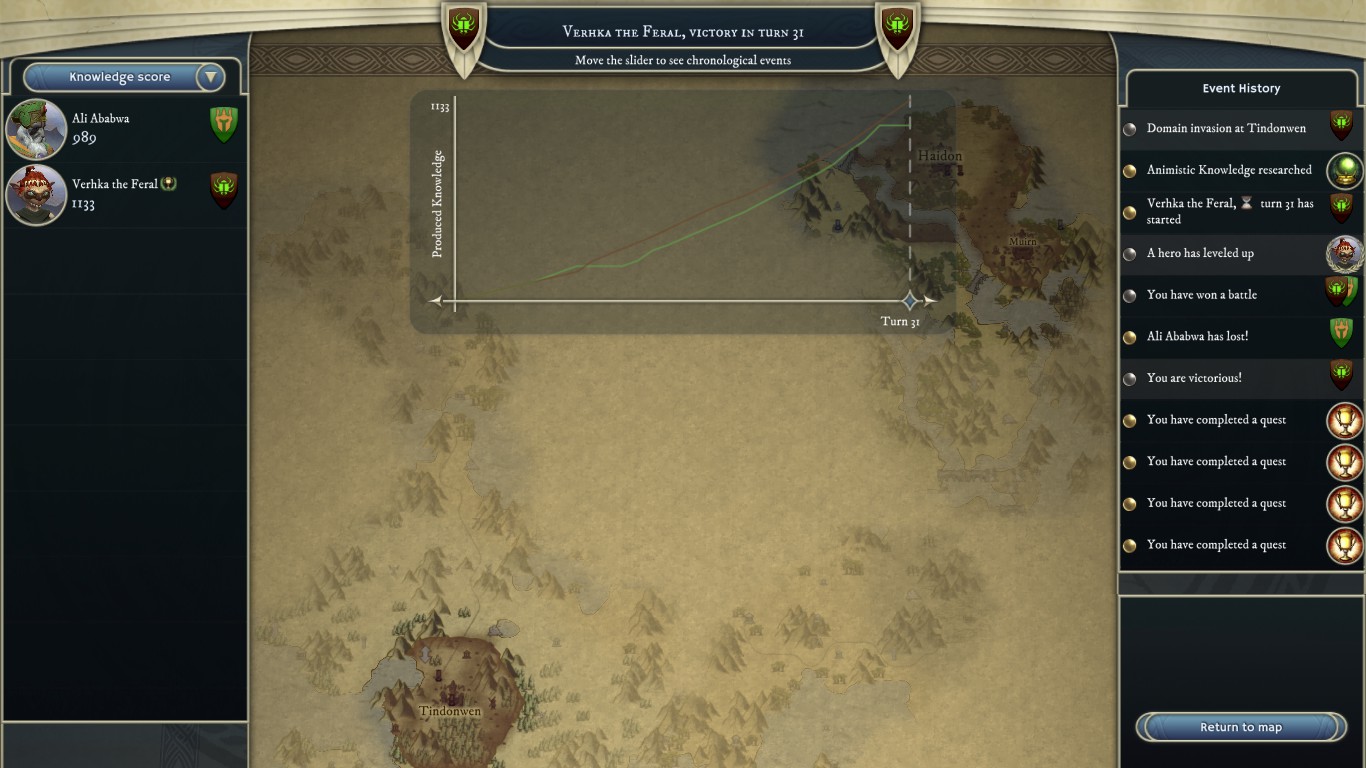 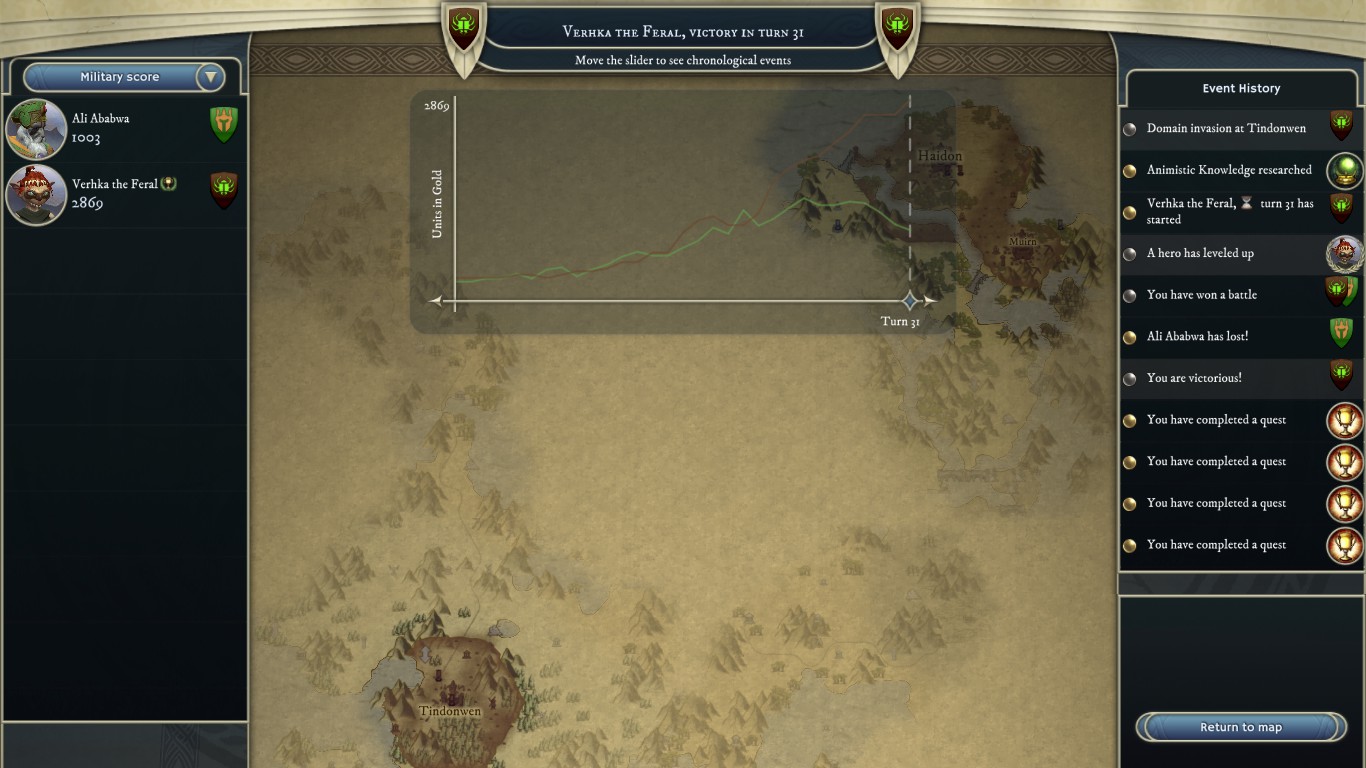 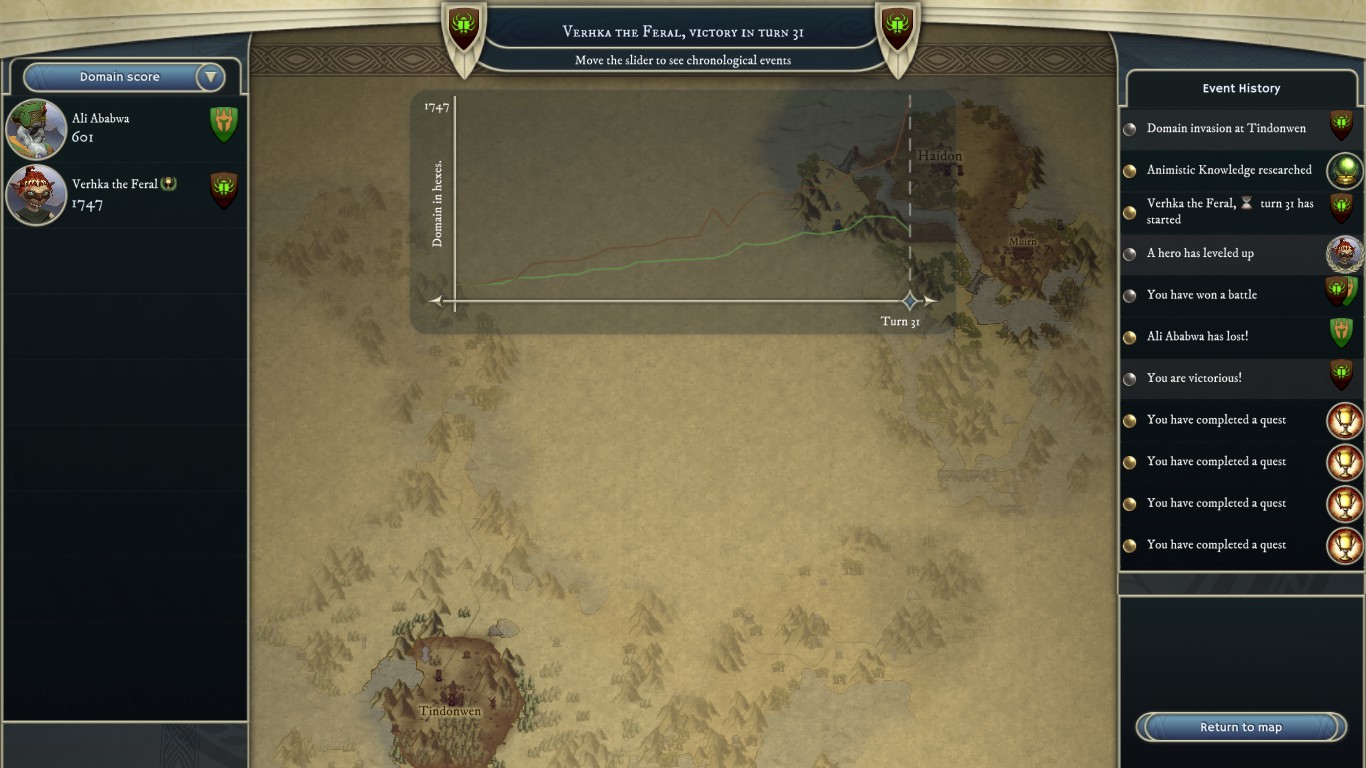