Yeah Tigrans are hard. I struggled a lot with them initially. Now I'm fine with them, but the Cheetahs play very differently to other Irregulars.

You can maybe check some of my videos with Tigran Warlord and check some early game fights from the video library: http://age-of-wonders-3.wikia...

My start was fine, in my opinion. I sent some early units to scout, and paid extra attention this time to the fact that DrLight and me were very close since we didn't start in corners. I found early on an Ogre dwelling, which were hostile to me and on the other side of a river so I gave up on it. DrLight vassalized it later. It took me a few turns more than I wanted to research Berserkers but once I did, I more or less produced one a turn, skipping on Settlers until around turn 14.

Around turn 9 I started advancing toward DrLight's domain because I felt confident about my two stacks and that DrLight didn't have too much from the little scouting I managed to do. Most of my Scouts got eaten by Independants before they could find DrLight's leader and army. He also didn't have his racial Independant vassalized at that time. On the way, I lost my first Arch Druid hero, so I struggled with keeping my units healthy. Fortunately I got offered a new Arch Druid a few turns later.

I completed a quest for a T2 reward for the that Tigran settlement just before DrLight finally vassalized it, after which I took the town. I took a detour to eat some melons when DrLight decided to send a small army, lead by hero, to retake the Tigran settlement. Unfortunately, for him, I wasn't even a turn away. I defeat the stack without any problem, then as I was spending my remaining movement to follow the road, hopefully leading to his throne, I stumbled upon his leader army, which was also only a stack. It had two Ogres but I could defeat this stack too without major losses. 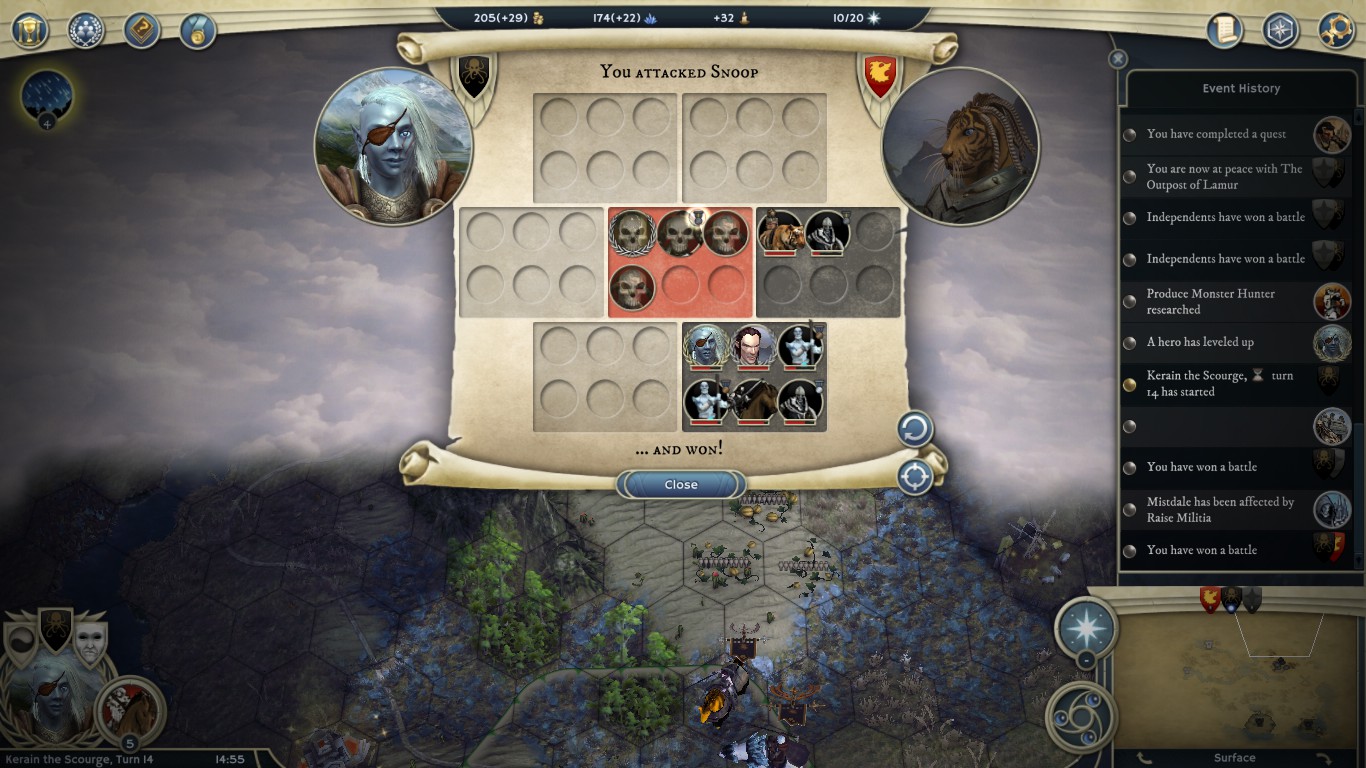 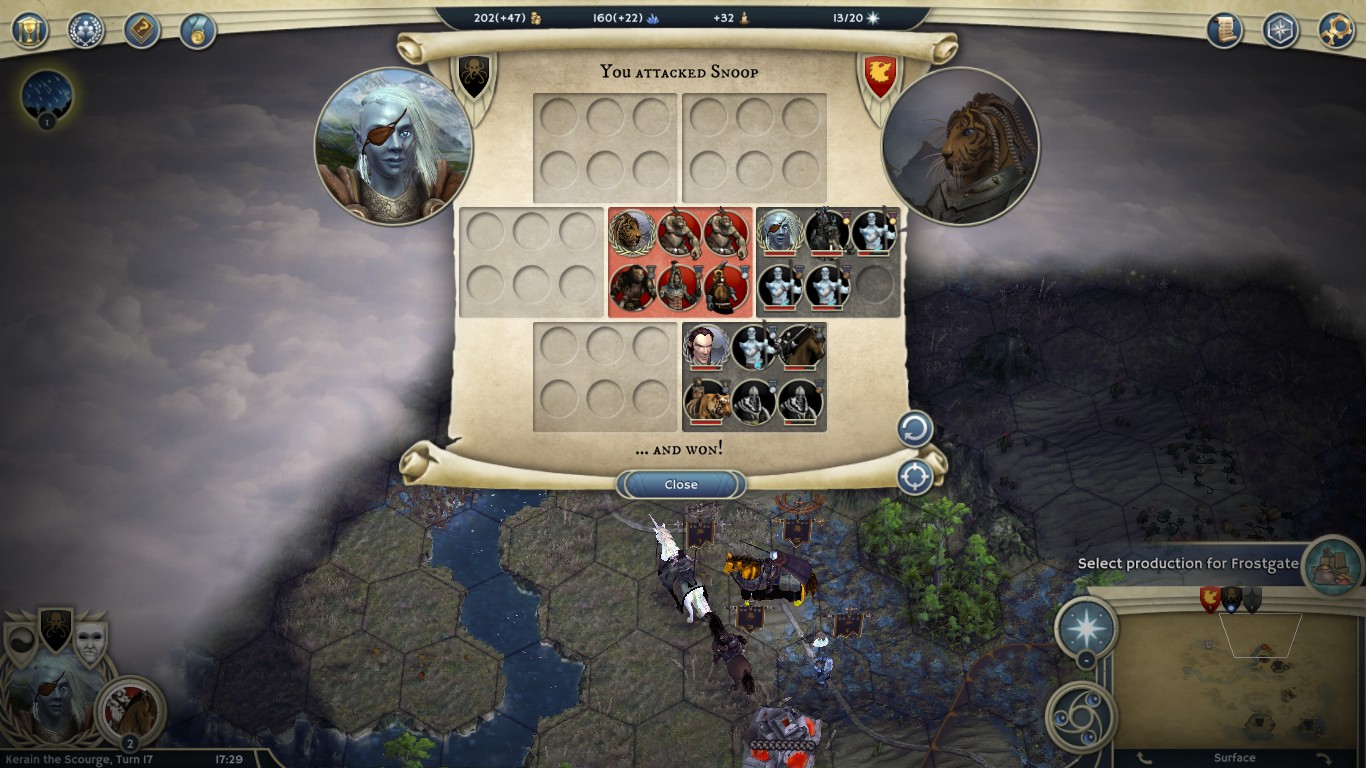 He probably would have had much better chances if he kept this two stacks together. And, yes, luck was not on your side this time. 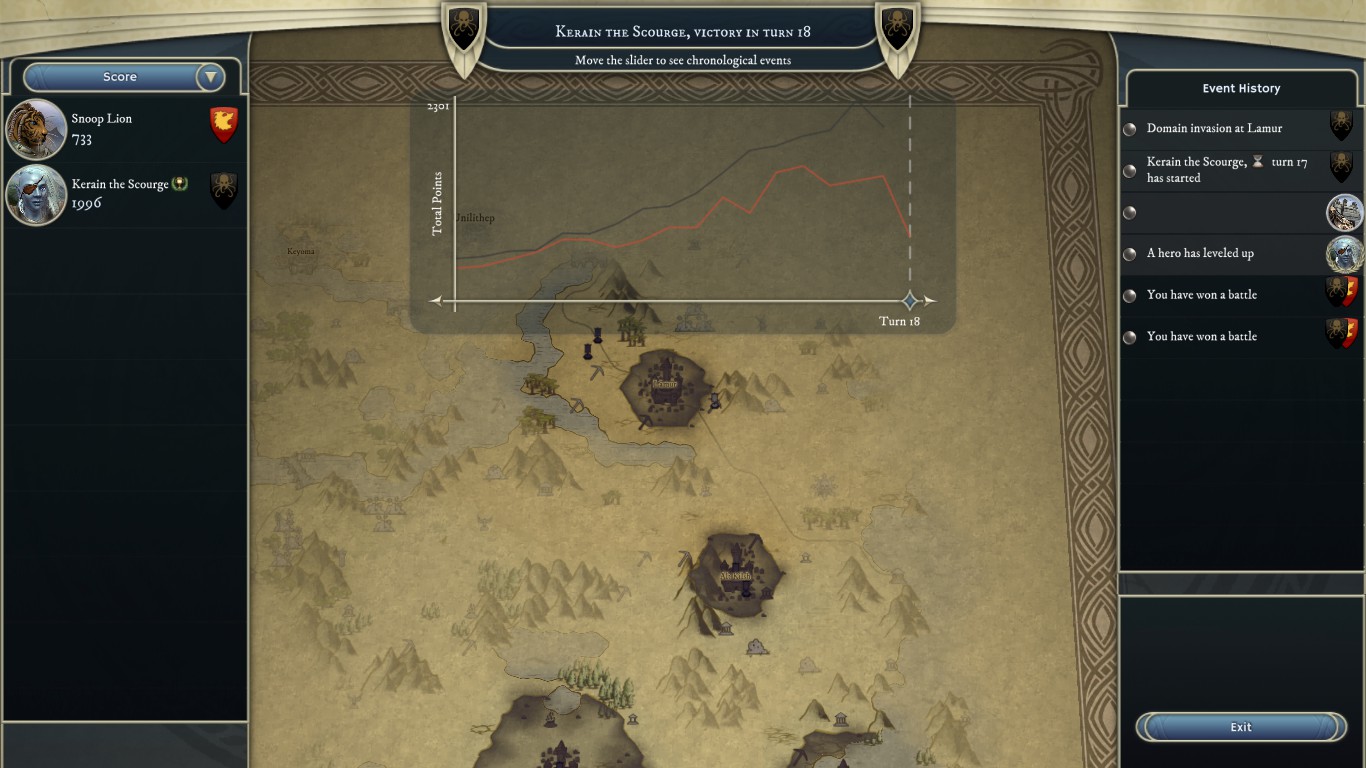 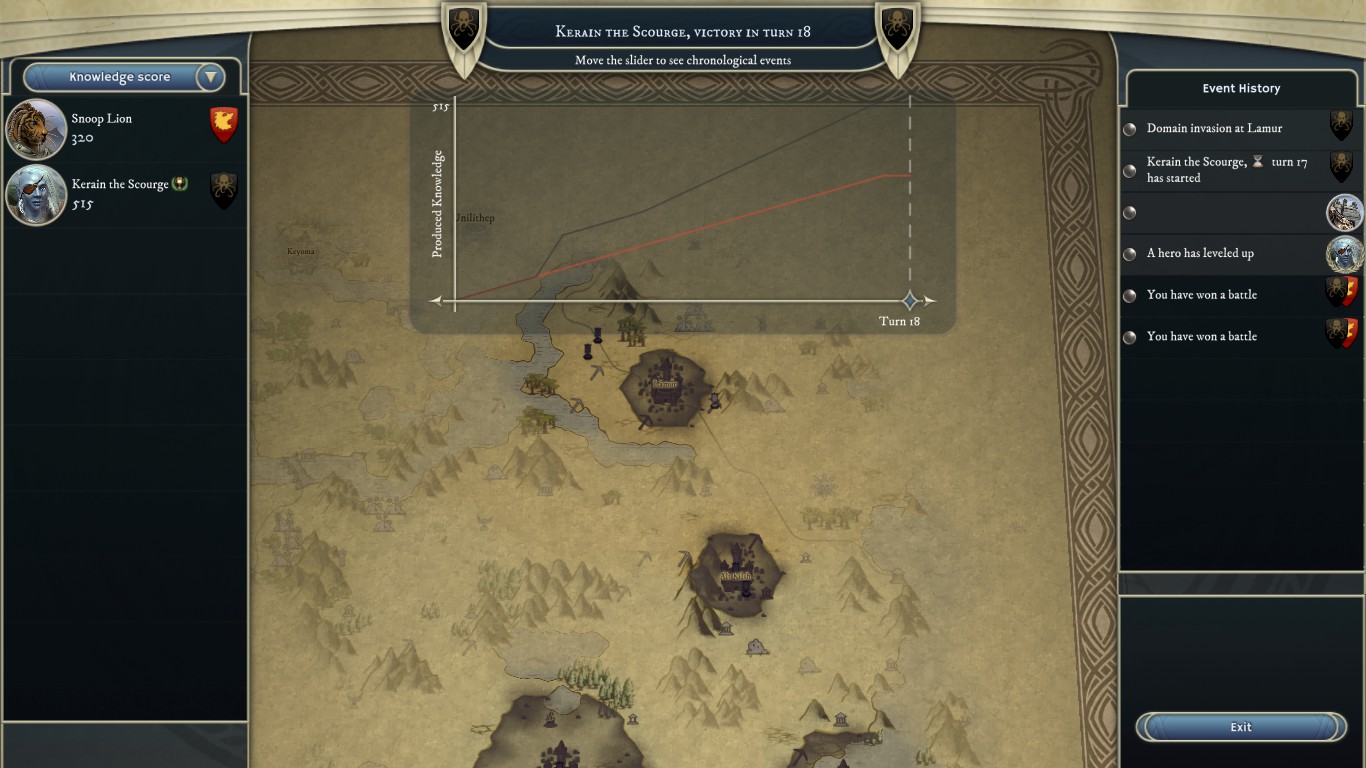 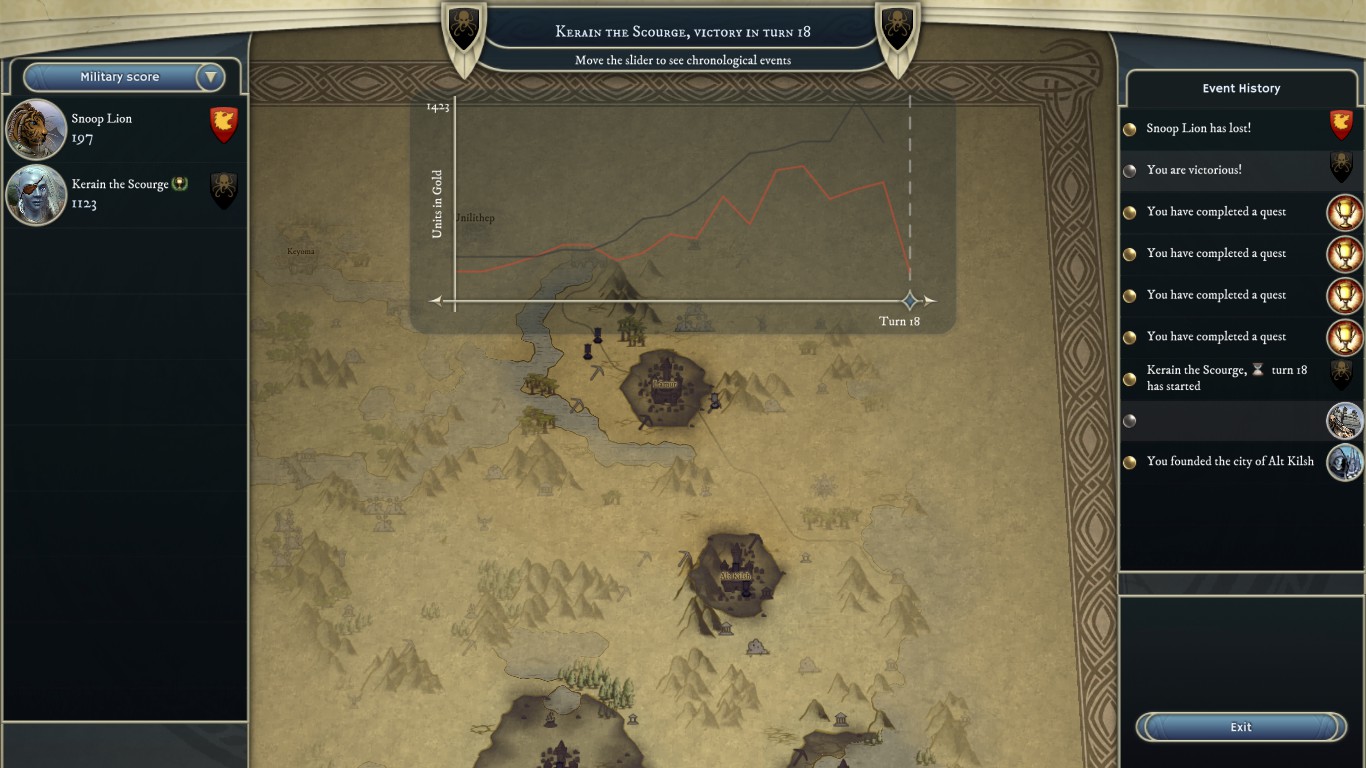 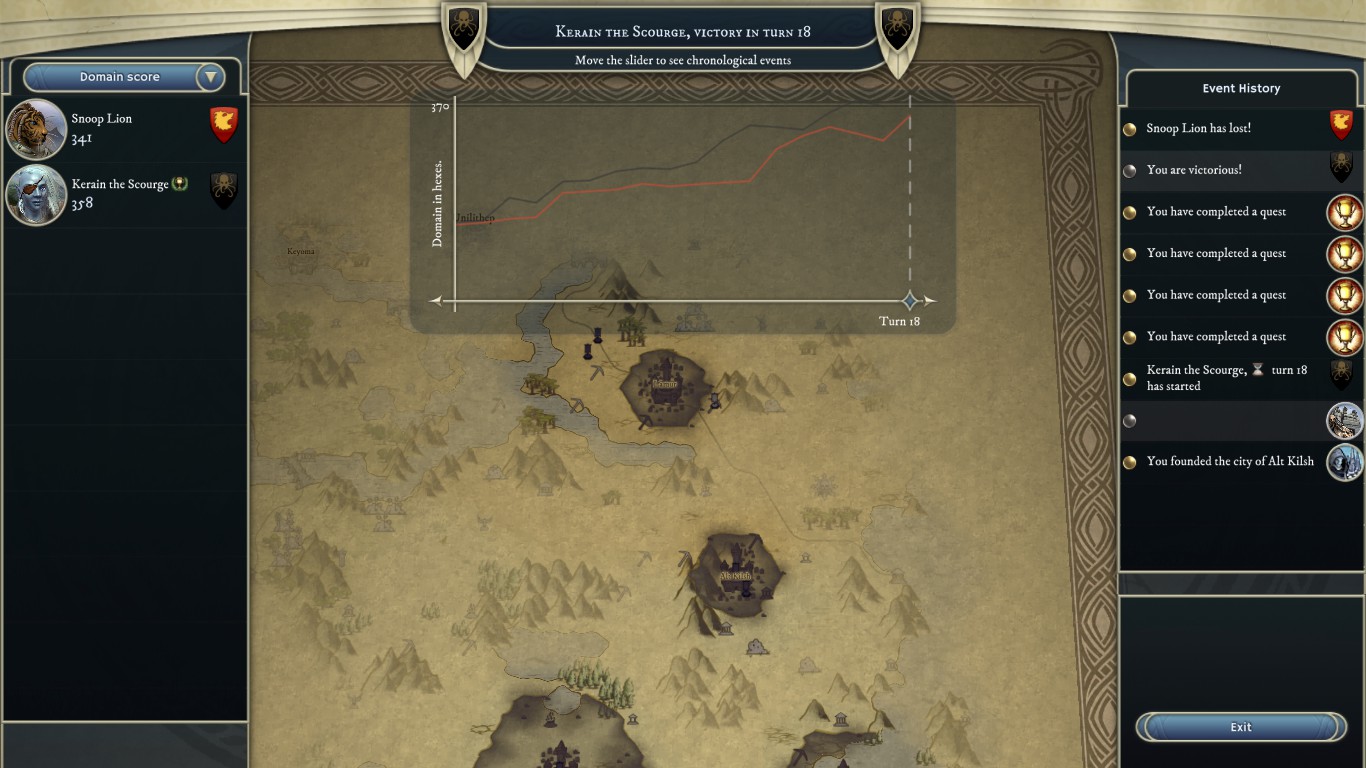 This was a very quick game, it ended at turn 18, pretty much because I mistake I made.

Sin started scouting me very early with a raider, so he knew my location from the get-go, I've been trying to play Tigrans a few times and it seems like I just can't successfully start without loosing cheetahs, I think it is hard to master strategies with the pounce ability. Anyway, I also lost my chariot in one of my battles because it got stunned while it was trying to flee to split the enemies, so overall a rough start and I knew had to be ready for Sin's usual turn 15-20 attack and I just wasn't.

I had a couple ogres as tier III and 2 stacks that could probably stop or badly injure Sin's army, but a bad calculation of my MP made me split them and he was in reach and able to kill both stacks without having major losses.

GG, Wp Sin! I wasn't as lucky as I was when I played halflings =P