Can not say i played bad, but novo than keika was too good. I had 4 stacks at the end, not beated but was alone, so see no Chance more against two strong Players.

It was quite fast game ended on turn 22.

Got decent start with gnome sorcerer and AD first hero.
Decided to play similar strategy that DreadReapr did in previous 2vs2 game when he was my ally. I tried to get Eldritch Horror as fast as I can and was rushing researching a lot.
My starting location was not good and I didn't find place near my throne even for one city, so I didn't build any settlers.
Was lucky to get free temple from resources and start building forge priests instead of apprentices to easier clean undead's sites, healing and also take advantage of lava walking.
Run with my leader's stack and initial army to the middle of the underground map cleaning sites on the way. Our scouters find out that everyone started underground.
Was able to steal some important sites in the middle including two sphinx temples not so far from opponents.
At the same time I was cleaning sites with my second necro hero and managed to convert some living and undead units and got 2 full stacks.

Cleaning sites I was lucky to get flying sandals and decided to fly over lava to Dread's cities with invisble stack of leader, AD hero and 2 wyverns to capture throne and raze cities.
I captured two secondary cities again with units bought in the inn near to city and scouted secondary Dread's stack with theo hero and 5 sun guards not so far from the cities. I was thinking about to kill this stack with 7 units vs 6 units, but it was a serious risk to lose leader/hero because of AI stupidity, so I decided to fly around invisible and wait for better chance.
Then I made a mistake and moved summoned node seprent one hex further than I planned and after that decided to blindly fly to capture Dread's throne. I was very lucky and my node seprent killed sabretooh chariot and monkey defending the throne (imagine how frustrating it was for Dread).
Trying to save his cities, Dread splitted his secondary army and I killed his hero and sun guard stack next turn (lost 2 wyverns though).
At the same time I tried to catch Dread leader's stack with my 2 necro stacks approaching to him, but it didn't happen because Dread has surrendered.
Markymark has saved Dread's throne from razing and they could try to continue but chances were not so high.

With 2 sphinx temples, wizard tower and researching boosts I was able to research Eldritch Horror at turn 19, but didn't have time to summon it because game has ended. Sad.

What about Novograd... he show miracles winning insane battles like taking dungeon with almost starting army without any losses on turn 11 or something. Taking forbidden sanctum 2-3 turns later and killing dread reapers with banshees without any elemental damage in lich king castle with some trash.
He was eating map in 3 different ways, had very good economy and army at the end of the game. 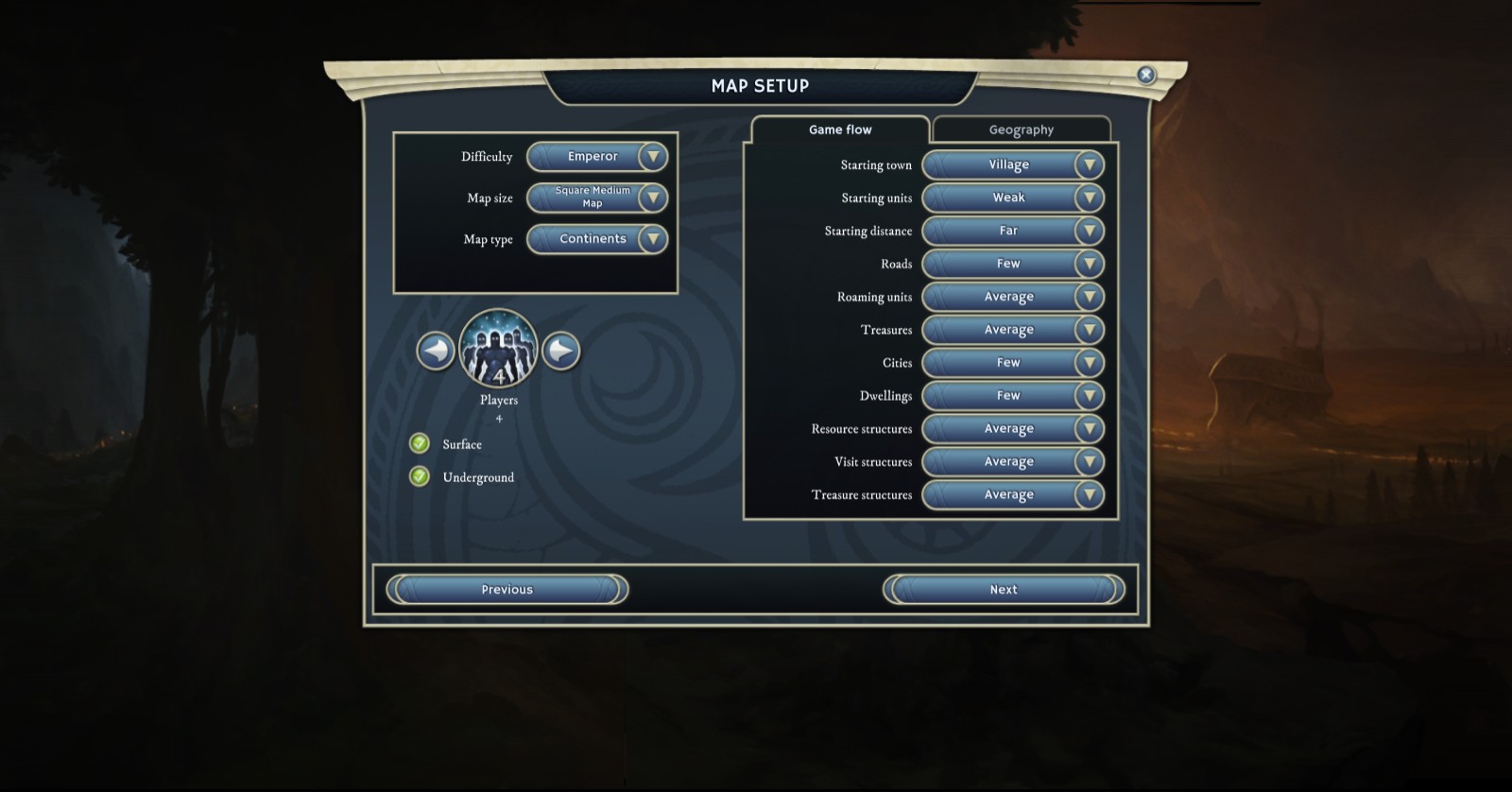 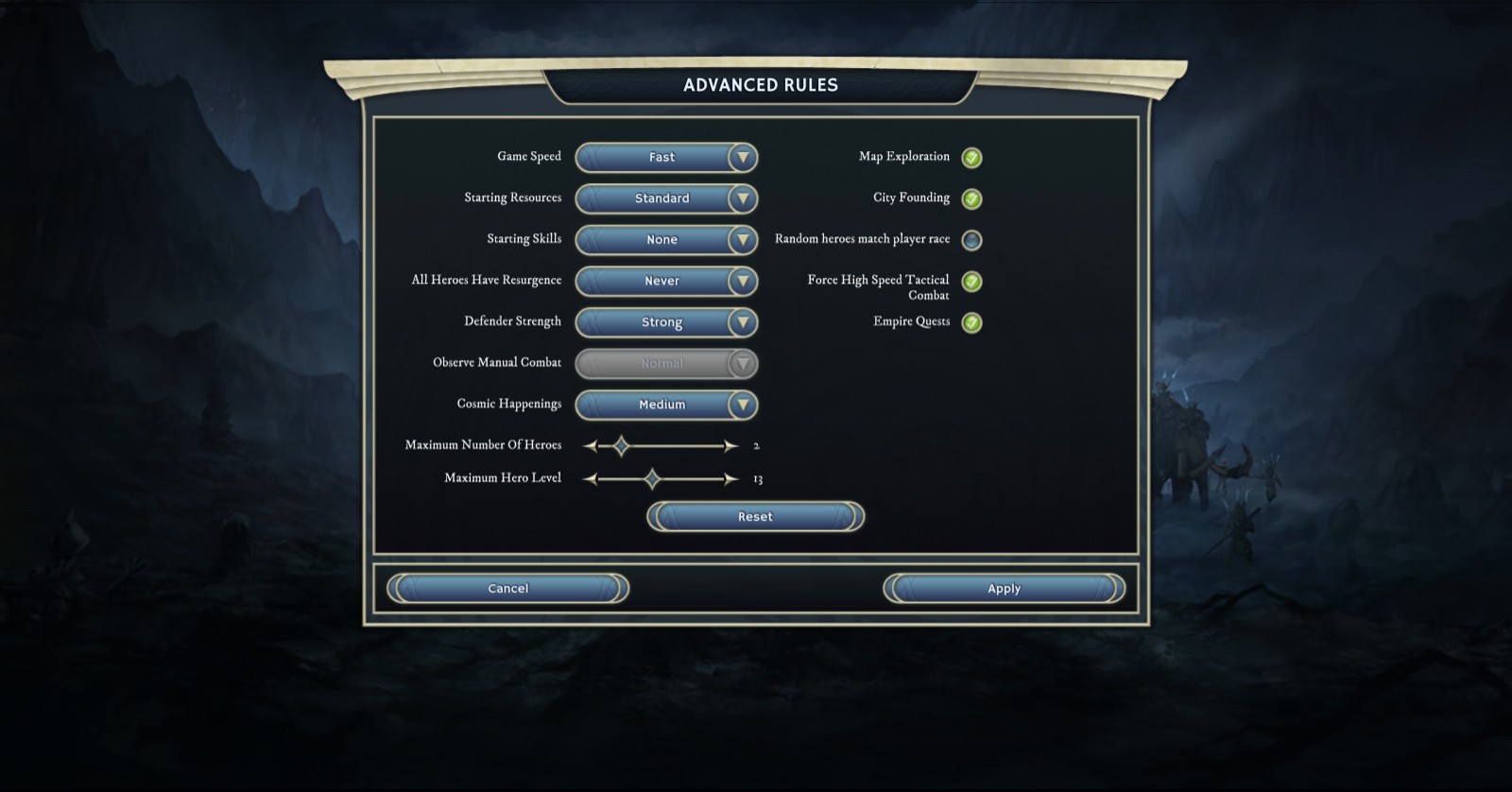 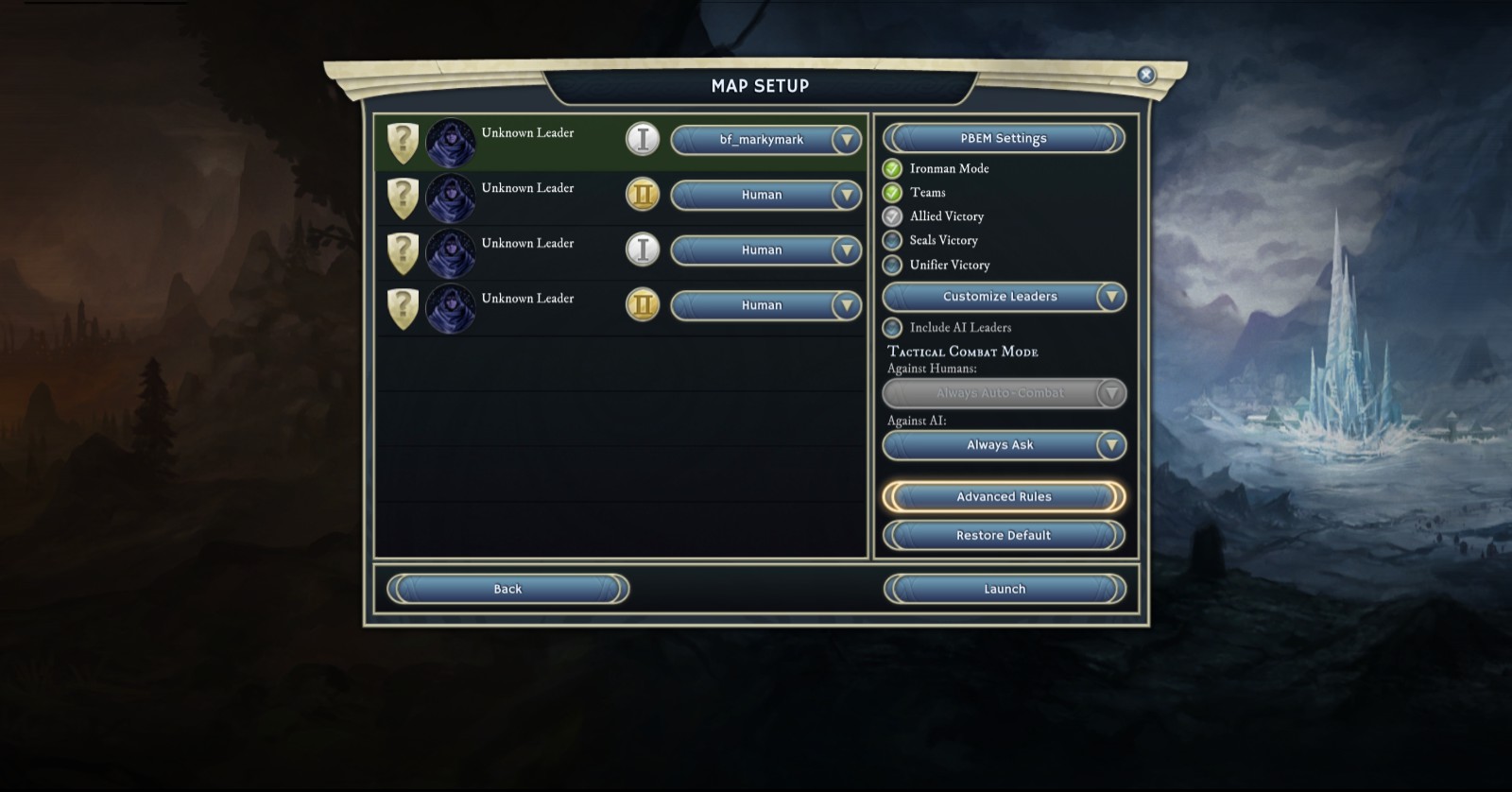 As I think me(not theo)+keika vs mark+ dread would be the most competive team setting.

If all agree with this, plz make room.

I am ready and ok with any team we choose.

everyone shall confirm, then we can go. When not we Need replacement. thank you novo for joining (orginal match was weird because blue played crazy and had left match without talking)
Published on Wed, 15 Jan 2020 14:32:18 +0100

Is this game alive or not?

Player BLACKCAT has been removed.

Player BlauerPanther has been removed.

Game is open and the slot can be used again.

Change the game again to open....

i surrender. Playing alone since a while.....(reason because it is so fast...)

He is very experienced in live. do not know, lets try.

hmm seems all joined and ready so lets go

no plz dnt take the noob

BF Time to Play an 2on2
bfÂ

When i can remember Right.

I Play with BlauerPanther - a PBEM NOOB-, seem we will lost, but lets fight.