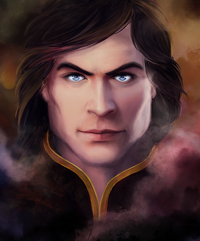 GG, i lost too many units for the coming end battle.

I think I had one of my best games so far, great army... sorc leader with 2 theos with divine justicars... several Tier 3s and a few turns from summoning my first horror...  The downside, I never got to use my army lol....

My plan was to slowly march ug until I could flank Sin and Marky, but Sin marched to his death first.... I was still maybe about 3-4 turns from reaching the ug cave to Sin's territory... on the other flank, I had my main and theo hero stacks that defeated Longinus ready to march east to Sin's place...

and thanks for the game everyone.

I had a pretty entertaining game.  I think Dr Light had a blast as Sorcerer. He just pushed underground eventually finding his way up to Longinus while my initial forces cleared stuff around the base and had to turn back to deal with a lot of boneyards around our territories as it could decimate our bases with Archon stacks coming closer and closer. After that, I went north to help Morodin when Sin was harassing along the edges of Morodin's premises. Which eventually led me to encounter SIn's main forces... 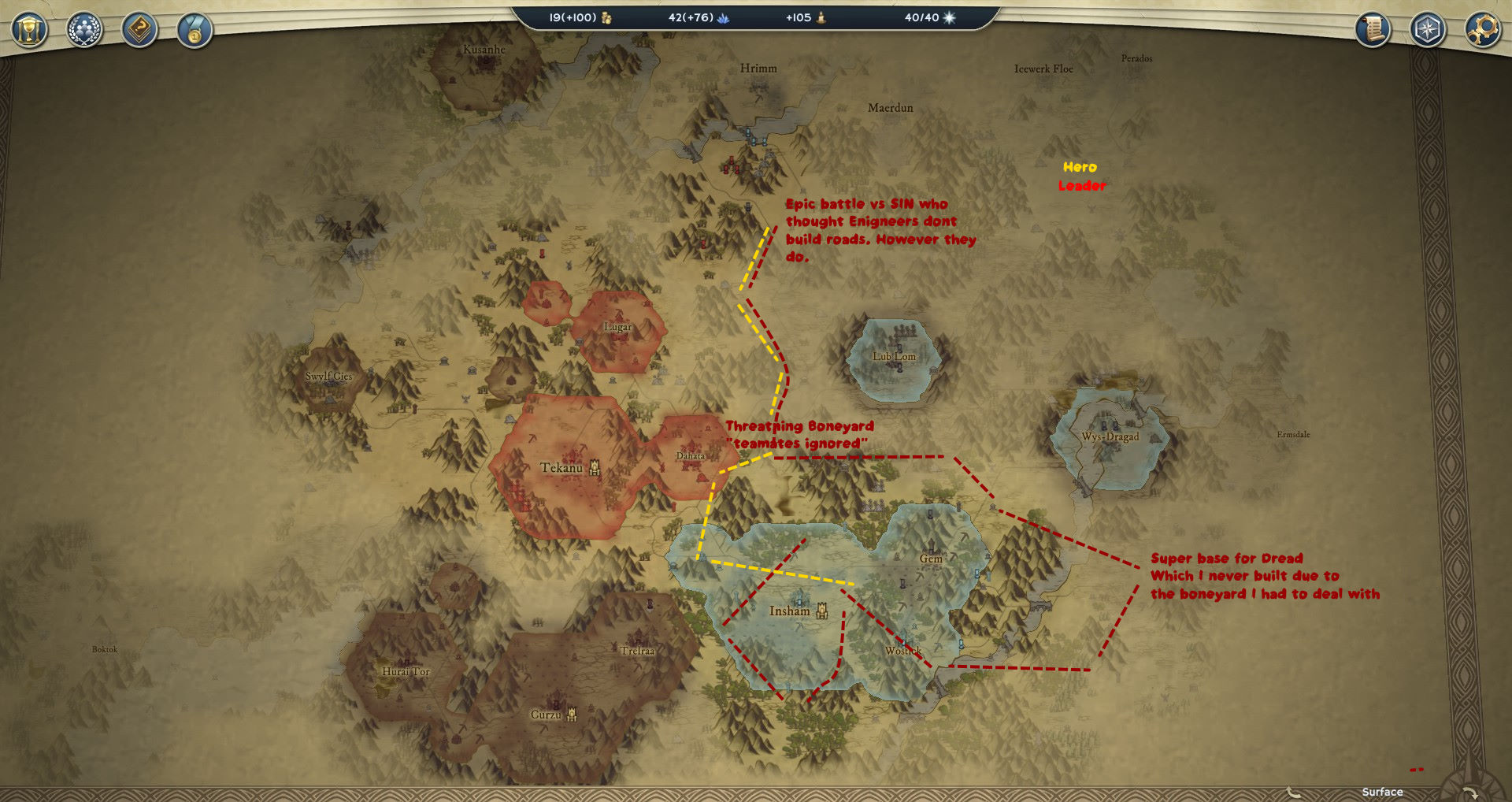 Early Halfling game I tend to suffer a lot before I start to become a powerhouse. Losing the Pony rider early was a setback, but cheesing the bandit camps gave me some levels to carry on further and beat a lot of sites on the eastern sites. A lot of economical gold came from two Goblin Untouchables as they ate a lot of rocks and managed to avoid several Orcs Spearmen's scouting underground. I think around 1200 gold I cleared as I managed to clear pretty much the southern parts of the underground with just two Goblins. For this money, I could send gold to my allies, and buy a Dragon Dwelling and a Giant Dwelling which essentially paid back essentially. I know that Sin was sneaking a lot around those dwellings, but he most likely did not have two Goblins clearing rocks... 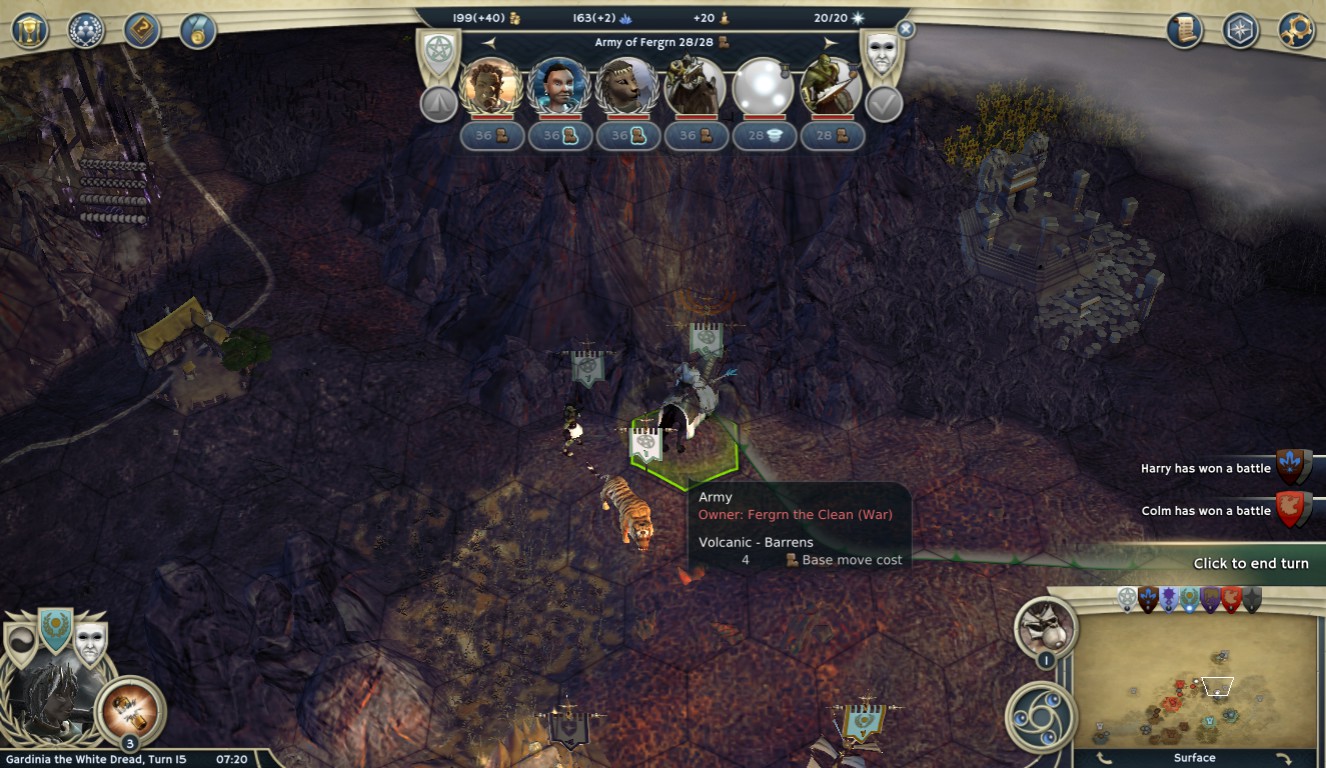 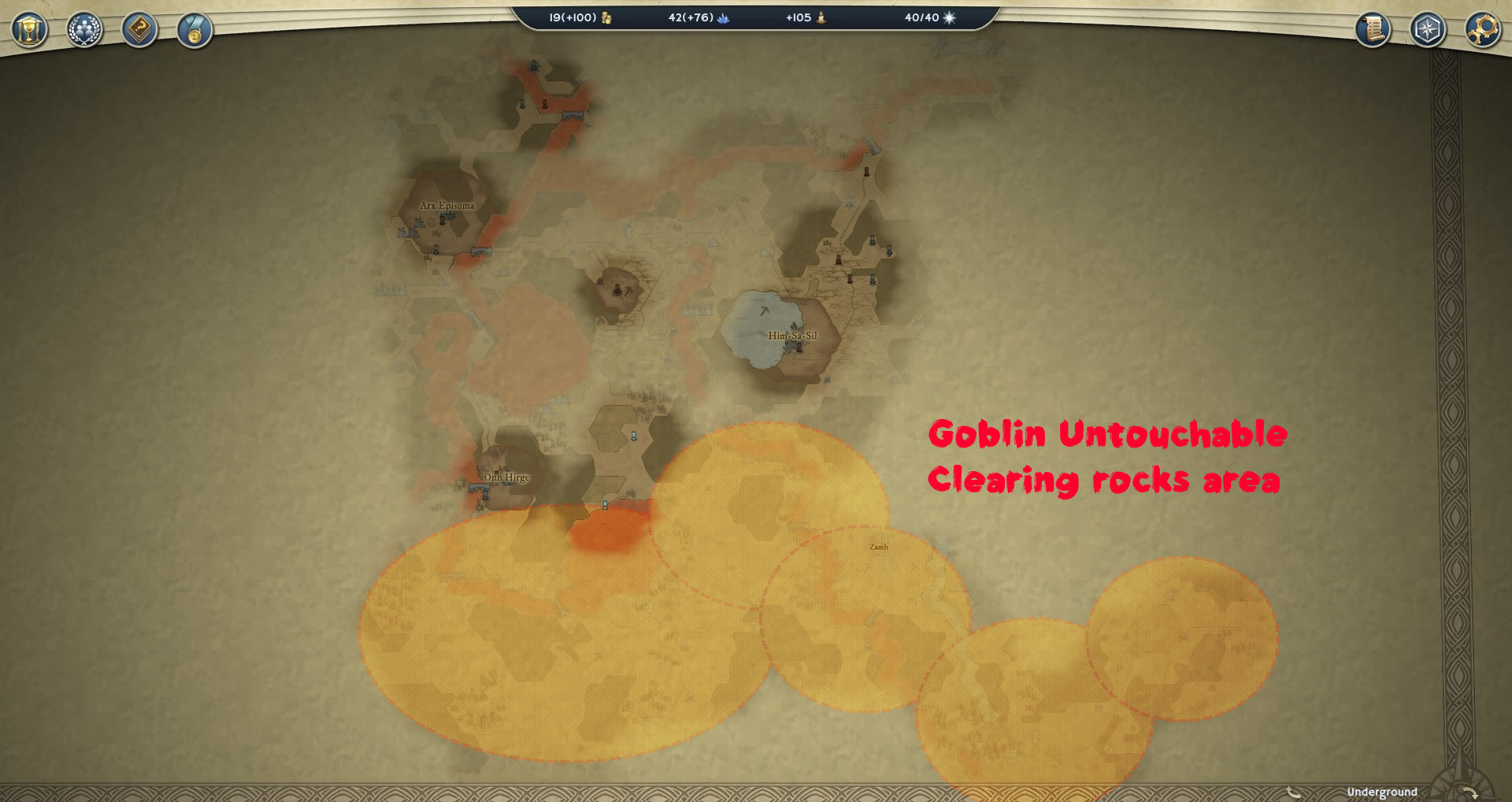 I found the ultimate Dread city location. A Trading Post, Crystal Tree, Flow Rock Quarry and a Lost Library... Only the Vault missing... Sadly I did not get to see the effects of it as I could not spare any forces to protect settlers as roamers haunting my cities at all times. 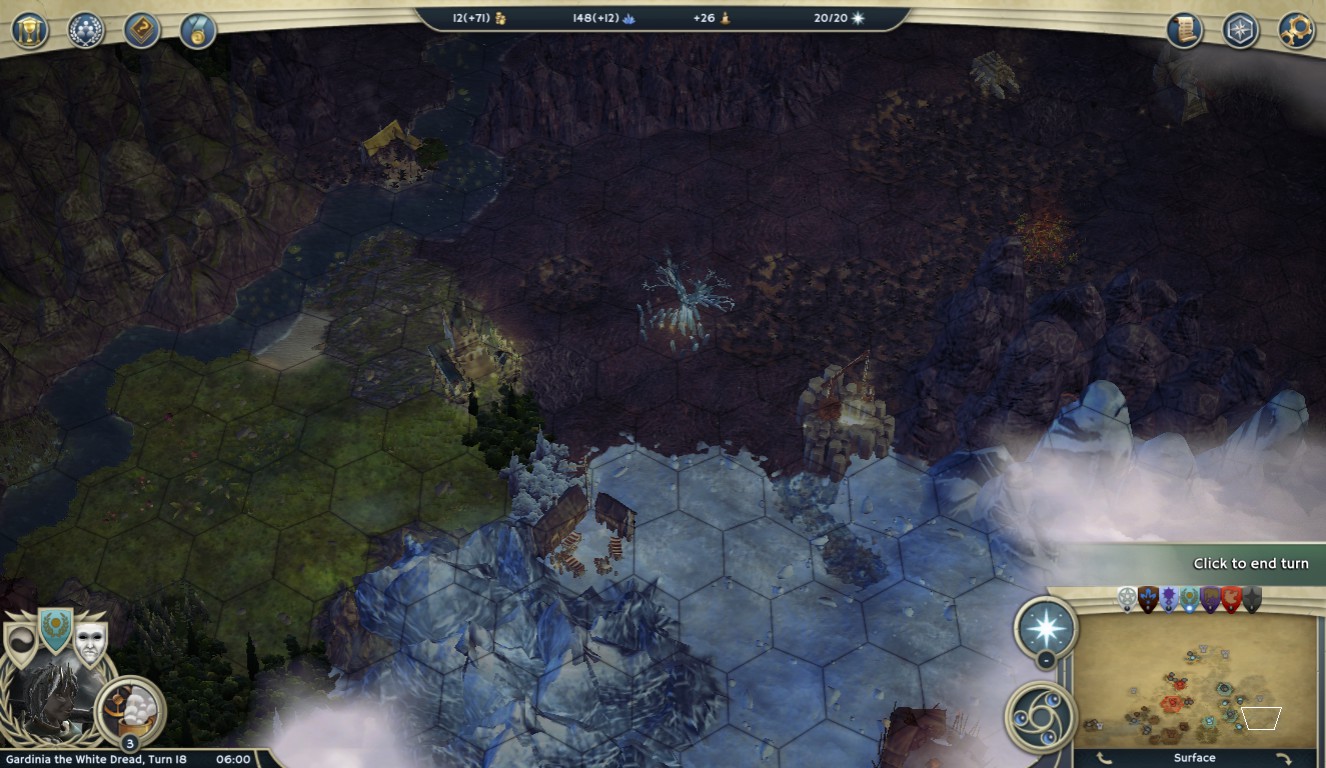 Because eventually some boneyards would wake up and arrive... But I was on my way to clear the stuff up before they would overwhelm us. Building roads just speeds up things very much. 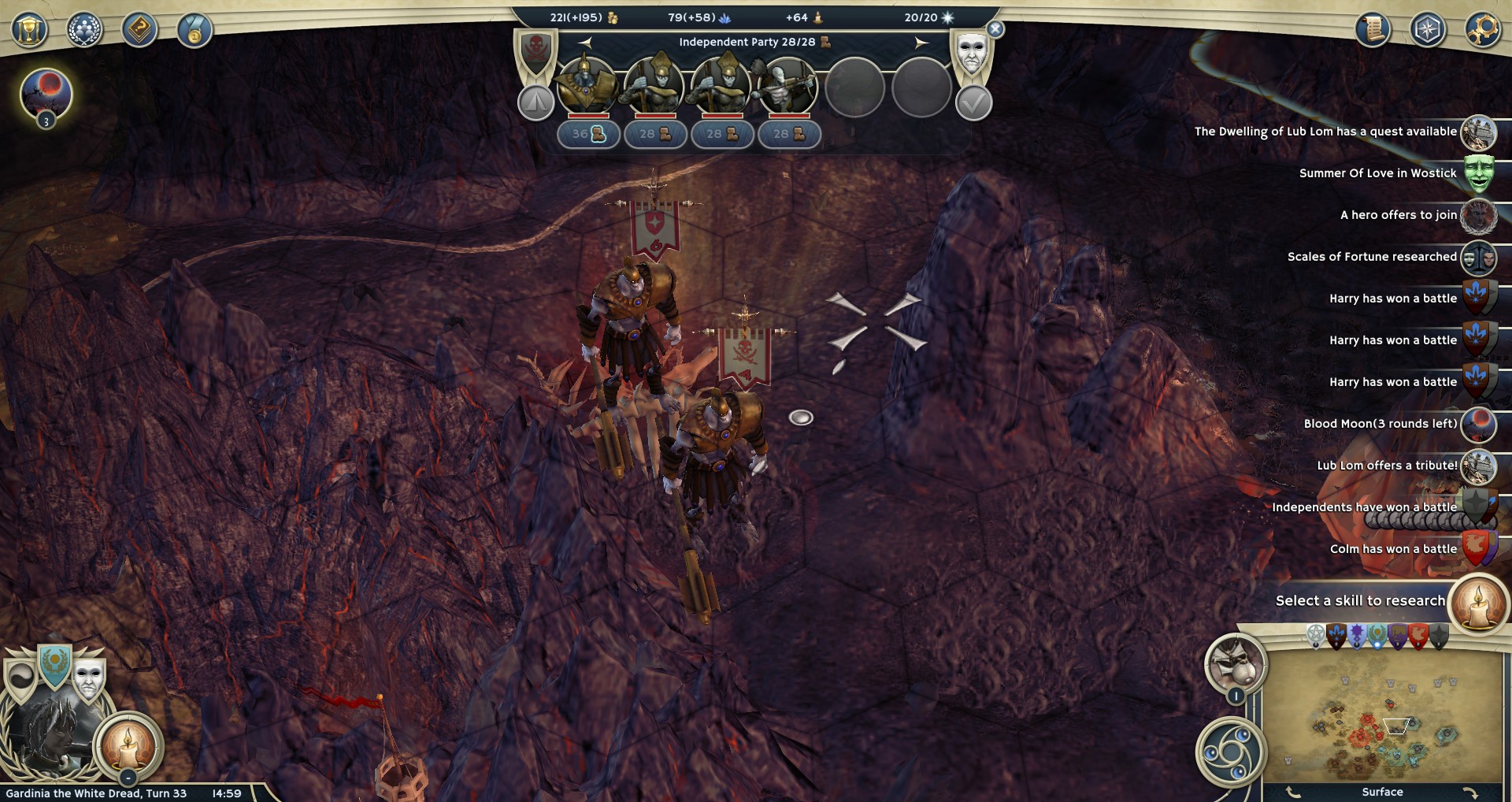 After this, I just went north and asked Morodin to retreat against my forces and rendezvous with my forces to counterattack Sin. I surrounded Sin forces that were not yet in position as I built roads to speed up movement. His hero had not joined his main stacks so I beat his forces with some casualties. After that Sin Surrendered. Longinus was also beaten in the same run as Sin was when Dr Light overthrow his forces and after that Marky surrendered as he did not wish to fight us 3 vs 1 sadly. 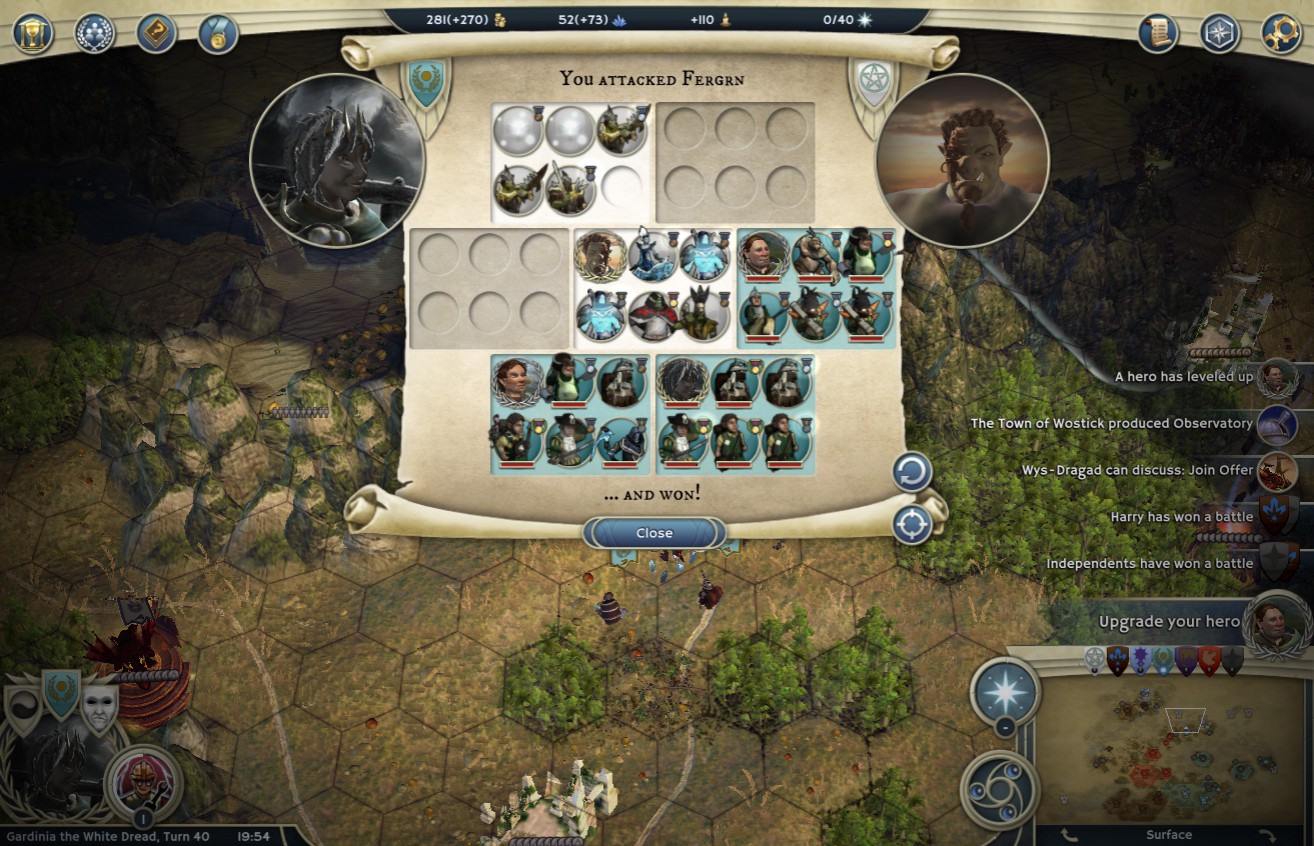 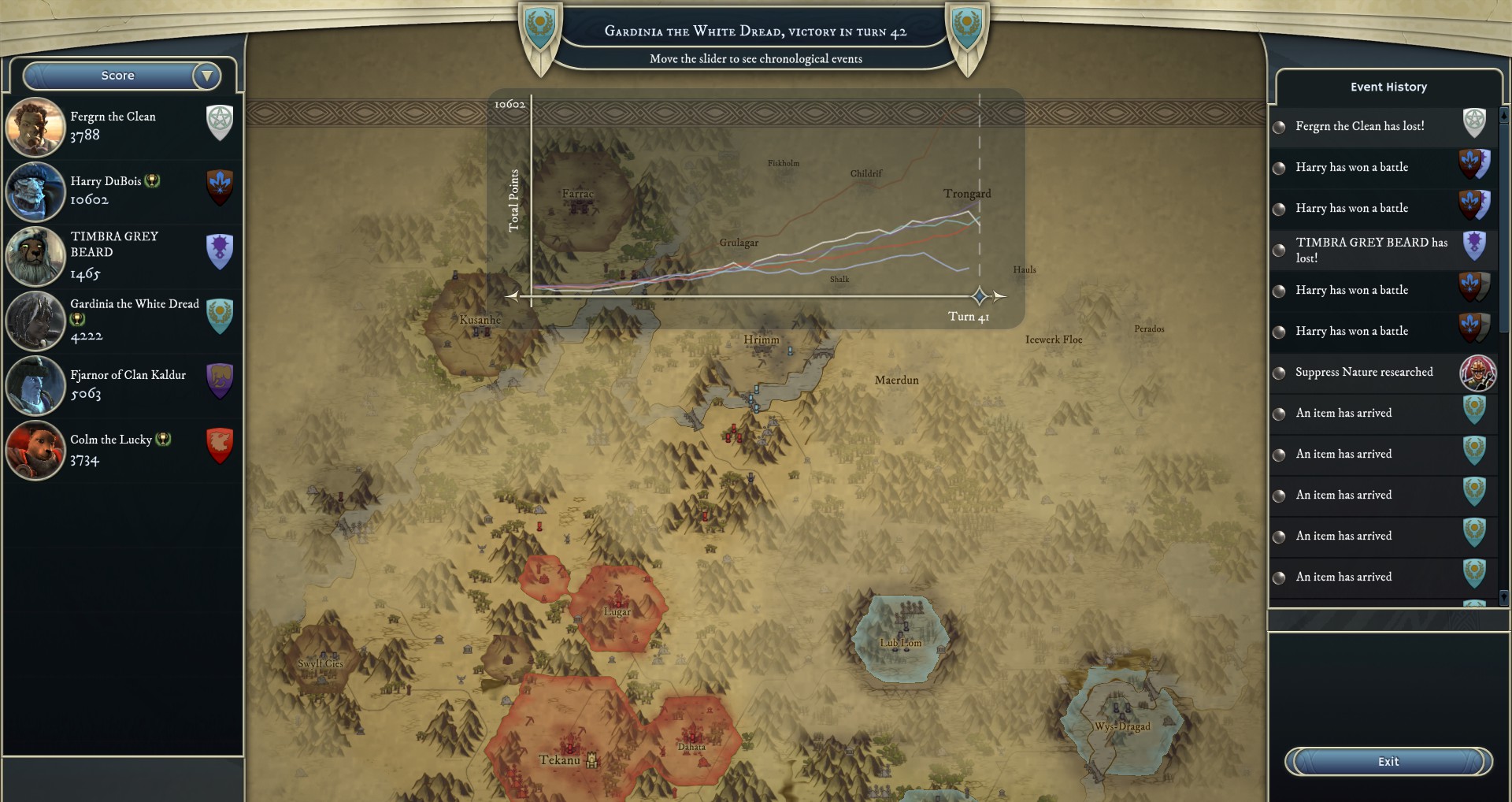 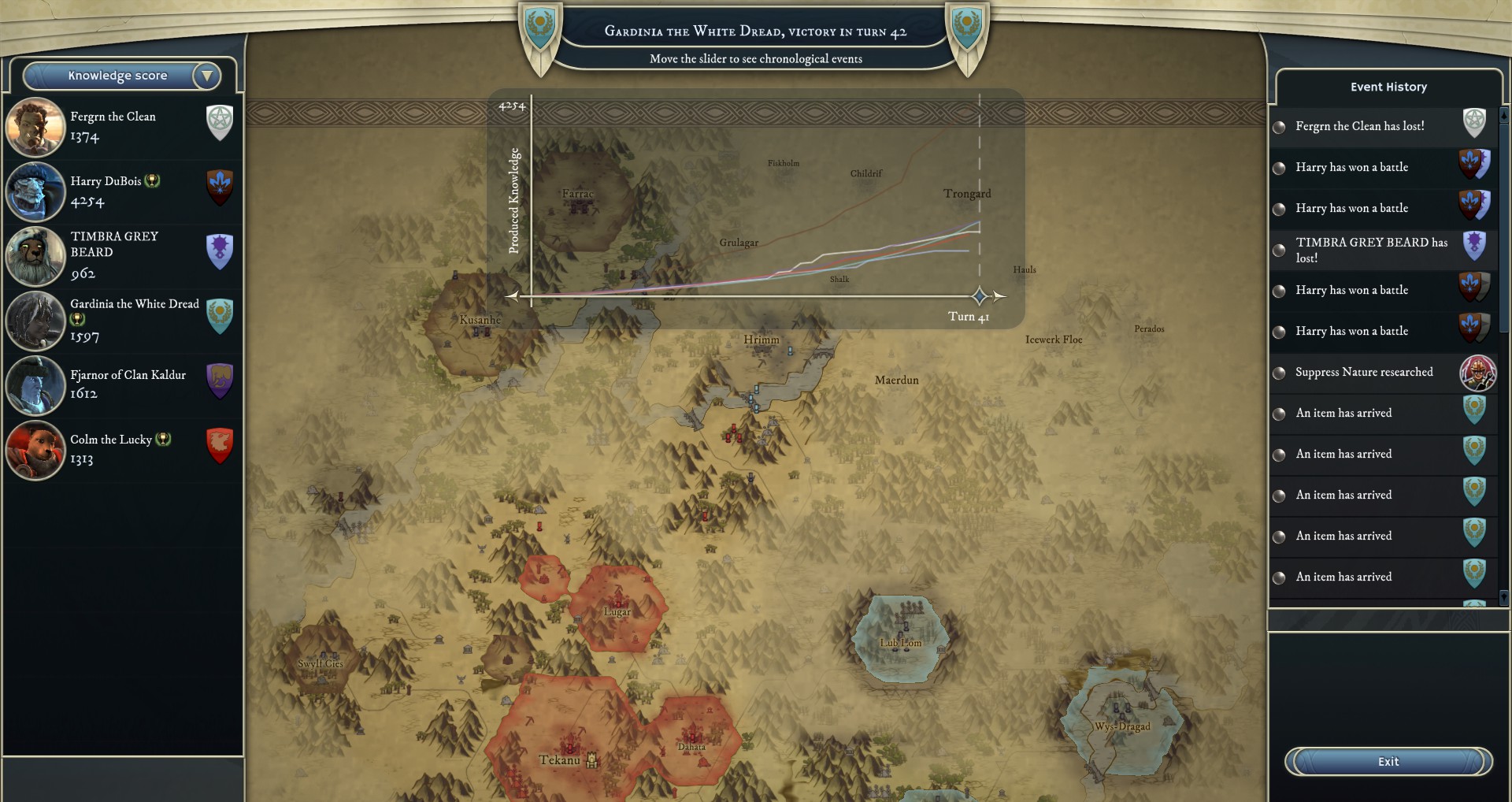 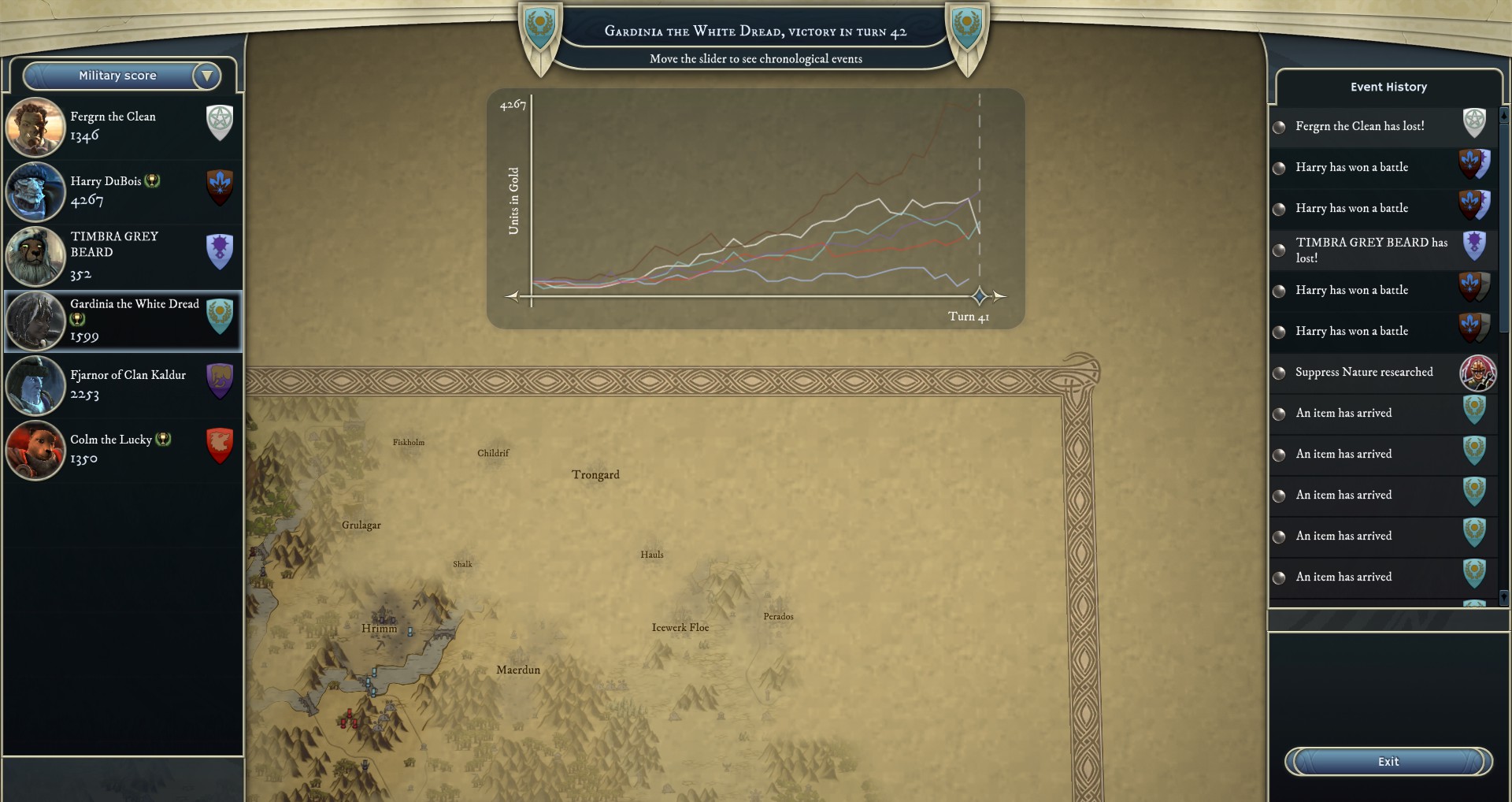 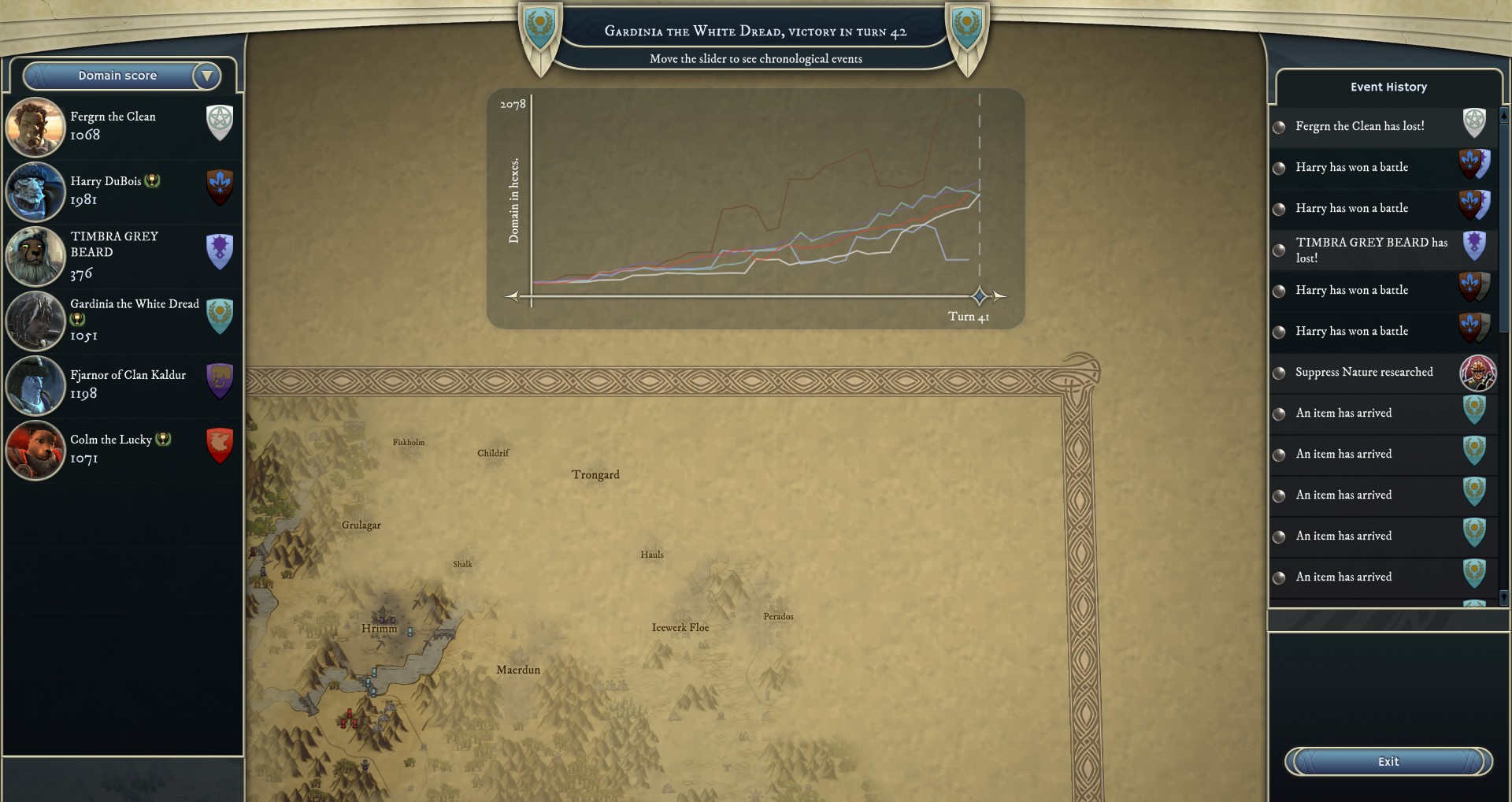 Ah! I didn't notice your builder. My downfall!

You probably calculated right, however it did not stop me from building a road towards your units.

Oh, well. I must have checked it wrong that you, Refineus, can't reach me there.

Congratulation for the win!

I am happy all is well.

I'm out on vacation until Monday guys, sorry I didn't say before!

I will be on vacation from now to the 6th of January.

If everyone agrees to it yes.

I could do a new host.

Hmm I checked my last settings. On thought I had restored  1 game created before with lower resources.

This is the case here. Going to be a hell in the beginning 😂 with 10 knowledge

The game has started.