Spawned on the island, cleaned it fast except for a few high leveled sites, conquered the neighbour. Only one underground entrance, no surface ground ways.
Researched reanimators first early (two researching scrolls) and then started searching for whispers of the fallen.

Researched whispers of the fallen on turn 11-12 (with sphinx temple) and focused on empire upgrades to get healers of the dead.

Was lucky to convert two crows from the well of souls and started scouting and searching for my opponent.

Proceeded to the center of the map where Naga dwelling was revealed.
Crow scouted an empty tavern and ruins close to it, but it looks like Blad turned to another direction, didn’t contact Nagas and I was able to complete their quest and conquer them.

I had a few flying/floating units and decided to make a recon stack to try to capture the throne with a surprise attack.
In the end I razed a minor city and captured a former vassal city and throne for one turn. While it was tempting to try to hold the throne, I had to retreat from it, because I scouted an ambush near its borders.

Overall I had a big army and was exploring the map in multiple directions in both surface and underground and building forts everywhere.

I completed “Centurion” empire quest on turn 20 and Blad surrendered on the next turn. 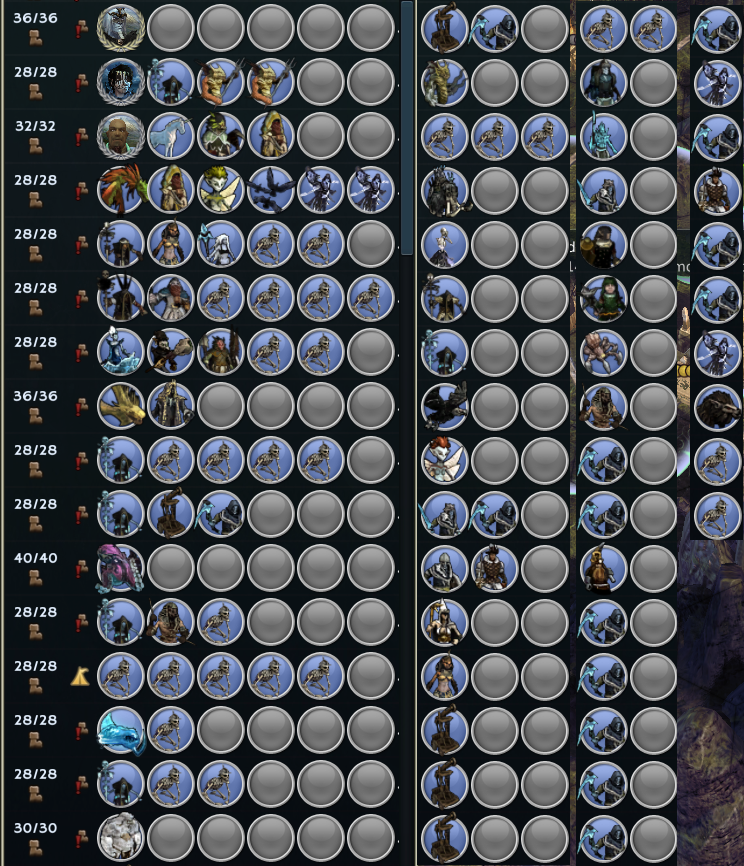 Player jabst has been removed.

Hey, jabst. Do you still want to play?

I sent you direct messages about game settings, etc. in case if you missed them.